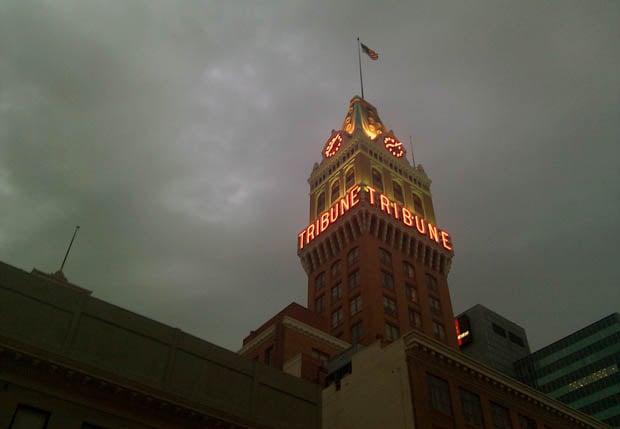 Apparently robbers in Northern California are starting to learn that photojournalists typically shoot with pretty expensive gear. The New York Times reports that robbers have been targeting news photographers in recent months, sometimes at gunpoint:

Last August, Laura Oda, chief photographer for The Oakland Tribune, was photographing people painting the mural when she spotted someone in her peripheral vision. “Within seconds they were on me,” she said, “one in front and one in back.” Armed, they pulled cameras off her neck and grabbed her bag of cameras and a laptop from her car.

Three months later, Ms. Oda was photographing cars at a busy intersection when she was again robbed of her camera, at gunpoint once more. For a while, she avoided the streets of Oakland. She has since returned but has established a new rule: she does not stay in one place for more than five minutes.

One veteran photojournalist has already lost five cameras to robbery. Each successful theft nets the robbers between $3,000 to $50,000 in gear — gear that hasn’t been turning up on the secondary market (e.g. craigslist).

A Time-Lapse of Photographer Liu Bolin Disappearing into TED 2013