Now this is clever: a group of street artists in Russia have “deleted” the graffiti covering a dumpster and abandoned car with a clever anamorphic illusion. Using paint, the artists covered the graffiti with Photoshop’s transparency checkerboard to make it look like someone had cut out the graffiti from a layer in Photoshop. The artwork is aptly titled “Ctrl-X.”

It was created as part of the Stenograffia street art festival. Here’s what the original scene looked like before the artists began: 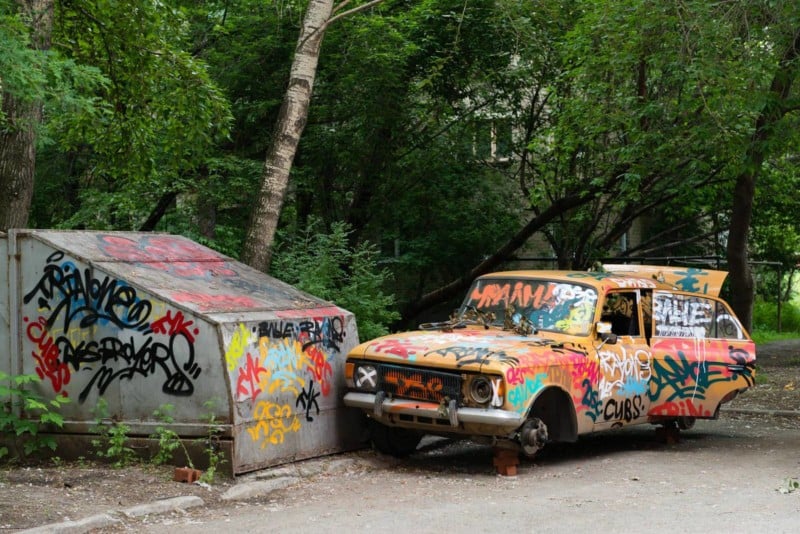 First, the artists painted the dumpster and car white. 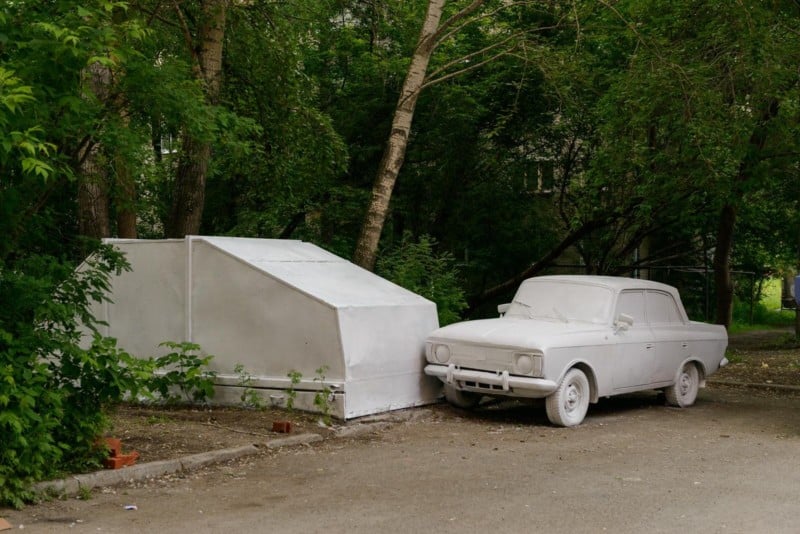 Next, after the sun went down, a projector was used to project the Photoshop checkerboard pattern onto the dumpster and car from a specific point of view. The artists used the projection as a guide to trace lines. 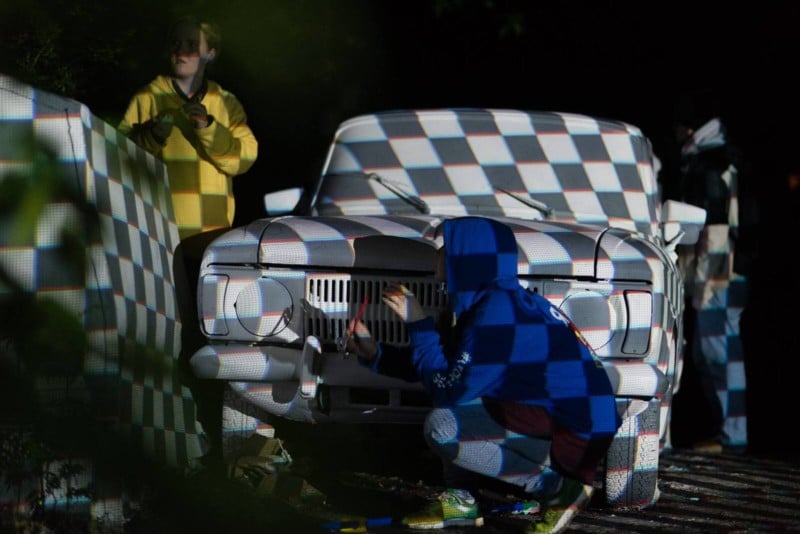 The next day, the artists used the guide lines to mask off the white checkers with masking tape and then spray paint everything else gray. 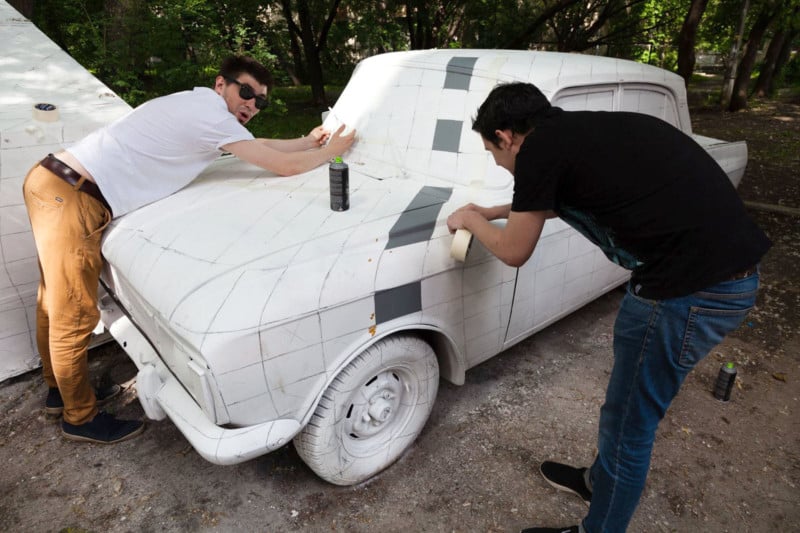 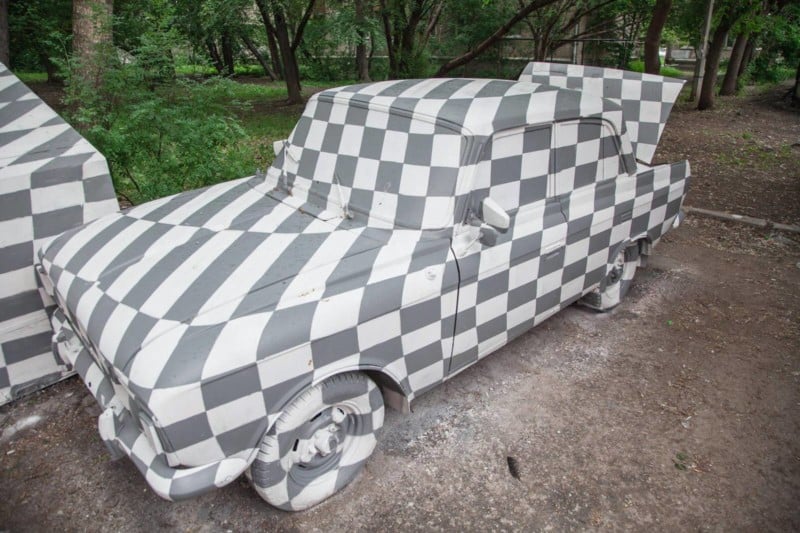 Here’s the final comparison showing the scene before and after “Ctrl-X”:

You can also find a collection of 101 behind-the-scenes photos from this project on the Stenograffia Facebook page.

Image credits: Photographs by Anna Hristova and Dmitry Chabanov and used with the permission of Stenograffia