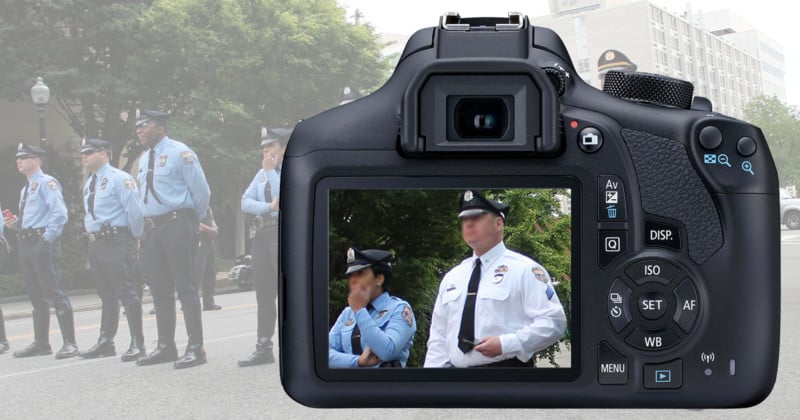 Photographing and filming police officers in public is a constitutional right protected by the First Amendment. That’s what a federal appeals court unanimously affirmed this week in cases involving Philadelphia officers retaliating against citizens pointing cameras at them.

Slate reports that the 3rd U.S. Circuit Court of Appeals ruling was for two cases. In one, a woman named Amanda Geraci was restrained across the neck by a police officer while trying to film the arrest of an anti-fracking protester. In the second, a Temple undergraduate named Richard Fields was handcuffed and prosecuted after trying to film officers breaking up a house party.

A District Court previously had ruled that both Geraci and Fields had engaged in “conduct” only and not “expressive conduct,” and that therefore their filming wasn’t a First Amendment “freedom of speech” issue. But in Friday’s ruling, the Federal Appeals Court disagreed.

“Every Circuit Court of Appeals to address this issue […] has held that there is a First Amendment right to record police activity in public,” the judges write in their opinion. “Today we join this growing consensus. Simply put, the First Amendment protects the act of photographing, filming, or otherwise recording police officers conducting their official duties in public.”

“The First Amendment protects actual photos, videos, and recordings, […] and for this protection to have meaning the Amendment must also protect the act of creating that material.”

“We ask much of our police,” the judges write in the closing statements. “They can be our shelter from the storm. Yet officers are public officials carrying out public functions, and the First Amendment requires them to bear bystanders recording their actions. This is vital to promote the access that fosters free discussion of governmental actions, especially when that discussion benefits not only citizens but the officers themselves.”

Here’s the full text of the opinion if you’d like to read it in its entirety:

So there you have it: police officers don’t have the right to squash free speech by ordering you to stop shooting photos of them in public.

Image credits: Header illustration based on photo by Elvert Barnes and licensed under CC BY-SA 2.0

This Duo Travels the World for Creative Architectural Portraits