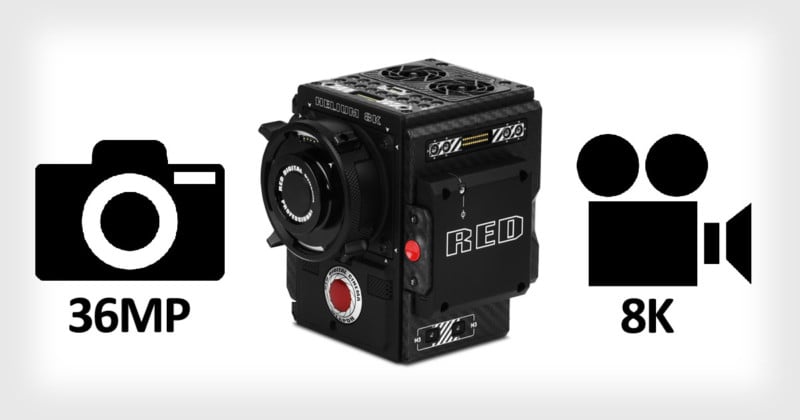 It’s not exactly a camera that can slip in to a coat pocket, but the RED Weapon 8K can capture both 8K motion footage as well as 36MP still photos. Photographer and director Vincent Laforet believes the camera is a harbinger for the future of photography.

Here’s a 5-minute video in which he discusses this:

Laforet was at the Cinegear convention at Paramount Studios recently, and this portrait that he shot with the RED Weapon 8K garnered a lot of attention: The full-size JPEG of the frame grab can be found here on Dropbox.

As both a photographer and a filmmaker, Laforet struggles with the weight and amount of equipment needed to take both motion and still images. He says that the RED Weapon 8K is the first body that allows him to do both at the same time.

Because the camera shoots at 60 frames per second at 8k with a 30-second pre-record, it not only enables him to pull full RAW stills from any moment that he was recording, but also for 30 seconds before he pulls the trigger.

While for most of us a RED camera is not a financial or practical option, Laforet says that he believes that this kind of technology will be available to the consumer sooner than we might think.

“While we can’t readily imagine a RED camera being sold on the shelves of Best Buy just yet… give it time,” Laforet writes. “Mark my words and call me crazy… but the tech will definitely make its way onto consumer shelves much more quickly than many of us are anticipating. History has already proven this trend, and cycles are only speeding up…”

The convergence of motion and still photography will help solve one of the hardest things about photography. Laforet argues that it’s not exposure, choosing the right lens and position that is difficult; it is capturing that serendipitous moment. By pulling a still from rolling footage, it’s so much easier to capture the moment you are looking for.

This Website Reveals How JPEG Photos Were Edited in Lightroom