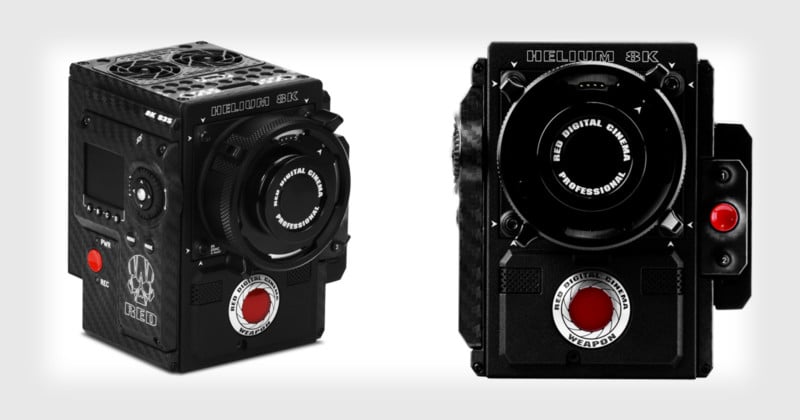 Did you think DxOMark‘s sensor scores topped out at 100? It turns out, no. RED’s Helium 8K S35 sensor just scored a jaw-dropping 108, ten full points higher than the highest scoring full-frame sensor ever tested, the Sony A7r II.

Calling this 35.4MP not-quite-full-frame (closer to APS-H) sensor from RED a “monster” is an understatement. It’s so good, DxOMark doesn’t shy away from recommending the cinematography sensor for still image use if your pockets are deep enough.

“The Helium 8K is an impressive achievement by RED,” writes DxOMark in their review conclusion. “For those with the budget, its top-of-the-line image quality, high frame rate, and 16-bit RAW capture capability absolutely make it worth considering as a competitor to high-end DSLRs and medium-format cameras for still image capture.” The only other sensor to ever break the 100 barrier was actually another RED creation, the Epic Dragon. Like that one, the Helium 8K tested is a prototype, and so it doesn’t officially unseat the A7r II in the rankings, but that’s just semantics.

This sensor is more powerful in almost every way. Put it inside a RED WEAPON and the Helium 8K S35 can capture 8K RAW at 60fps… let that sink in for a second: 60 33MP RAW photos per second. The camera is already shooting 120fps slow motion at 4K and 240fps at higher than Full HD 2K.

Here’s the Helium 8K S35 next to the top ranking full-frame sensors: the Sony A7r II and Nikon D810.

From dynamic range to color depth, the sensor excels. Or, as DxOMark put it, “The RED Helium 8K is the most impressive sensor we’ve ever tested.” At a whopping $49,500 price tag for the base model RED Weapon with Helium 8K S35, it had better be.

Check out the full writeup by DxOMark by clicking here.

This Dock Gives the New MacBook Pro its Ports Back