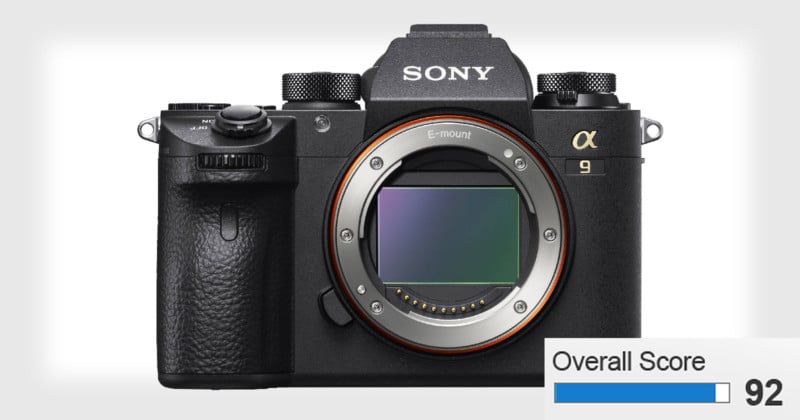 The Sony a9 mirrorless camera has been turning heads ever since it was first announced in April, and it will continue to do so with DxOmark’s latest findings.

In its new review of the camera’s sensor quality, DxOmark says that the Sony a9’s sensor is “one of the best we’ve tested at base ISO, with consistently good scores for dynamic range and color depth, and exceptional results for noise.”

Not bad. This is a camera that has had some professionals jumping ship from Nikon and Canon DSLRs to get kitted out with Sony gear.

“At those crucial mid to high ISO sensitivities for action photographers, image quality is also excellent and on par with flagship Nikon and Canon sports DSLRs.”

The comparisons definitely suggest this to be the case. With the A9 scoring 3517 for its ISO performance, compared to 3207 for the Canon 1D X Mark II, and 2434 for the Nikon D5.

When compared with the other leading Sony mirrorless cameras, the A9 does not quite take the lead in overall. But that’s to be expected: the A9 is a sports camera, and the other Sony cameras cannot win for low light performance.

If you aren’t already sold on the Sony a9, then perhaps this will push you over the edge. It seems like it is the sports mirrorless camera that the photography industry has been waiting for.

“No stranger to pushing the boundaries of digital camera design, Sony has delivered a powerhouse of a camera in the a9, which far outstrips the performance capabilities of most mirrorless cameras to date,” DxOMark writes. “For the very best image quality, the A7R II offers better results for color, as well as almost twice the sensor resolution, but it isn’t a sports camera and can’t compete for performance against the a9, so they’re intended for different markets.”