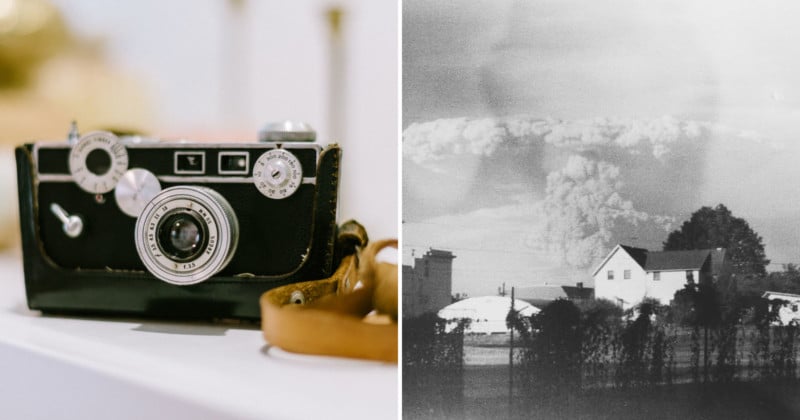 Portland photographer Kati Dimoff has a habit of hunting for old cameras at thrift stores and checking to see whether they contain undeveloped rolls of film. Earlier this year, a camera she found contained a set of unexpected photos: they show the 1980 eruption of Mount St. Helens.


“Every time I’m in southeast Portland, I run into the big Goodwill on Grand Ave and check all their film cameras for exposed but undeveloped rolls of film,” Dimoff tells PetaPixel. If I find one, I buy the camera and take the film to Blue Moon Camera and Machine in the St Johns neighborhood to have it developed.”

This photo lab has expertise in developing old, expired, and out-of-production film.

Back on May 26th, Dimoff found an Argus C2 camera that contained a damaged roll of Kodachrome slide film. 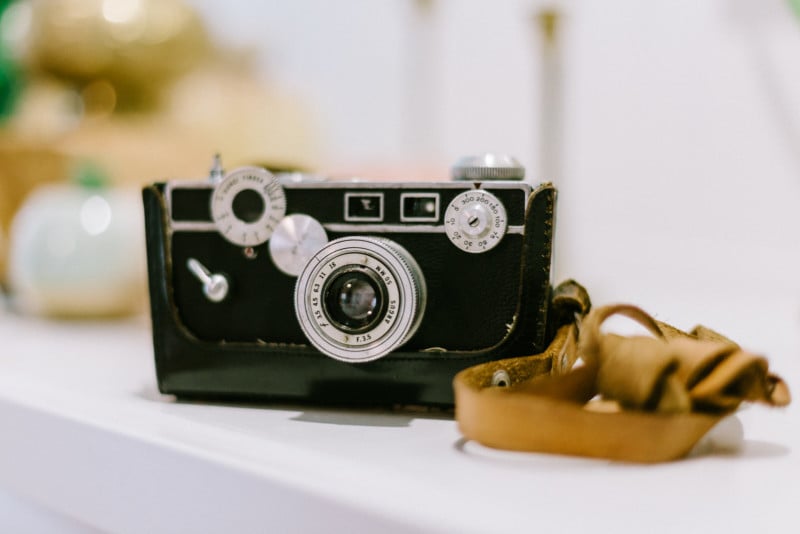 After having it developed — in black and white because the Kodachrome process has been discontinued — Dimoff received the film back with a note on the package. It read: “is this from the mt st helens eruption?”

“Some of the shots showed Mount St. Helens way off in the distance with just the little puffs of ash from the beginning of the eruption, with the longview bridge in view, so it must have been shot from just off Highway 30,” Dimoff says. 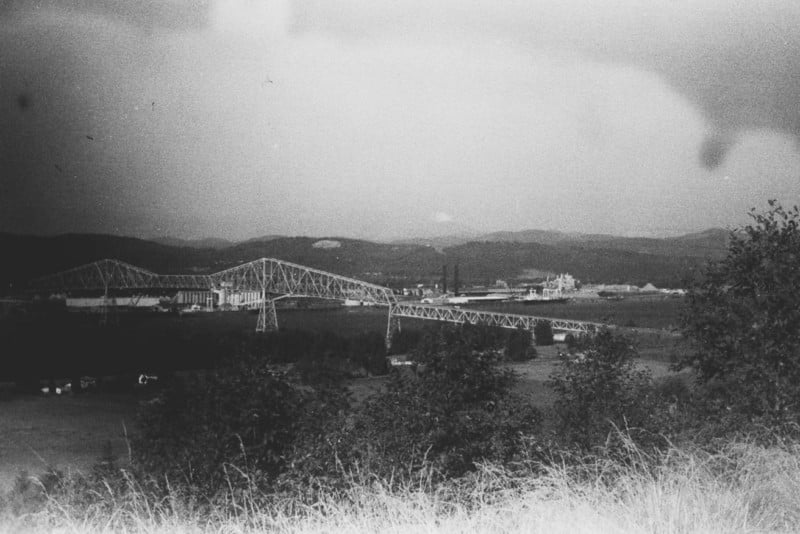 “Two of the shots showed a larger ash cloud, with John Glumm elementary school in the foreground (in St. Helens, Oregon).” 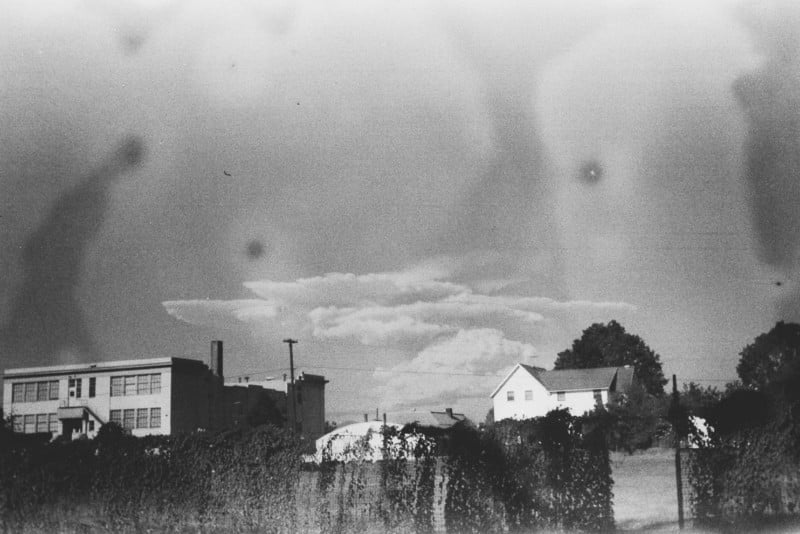 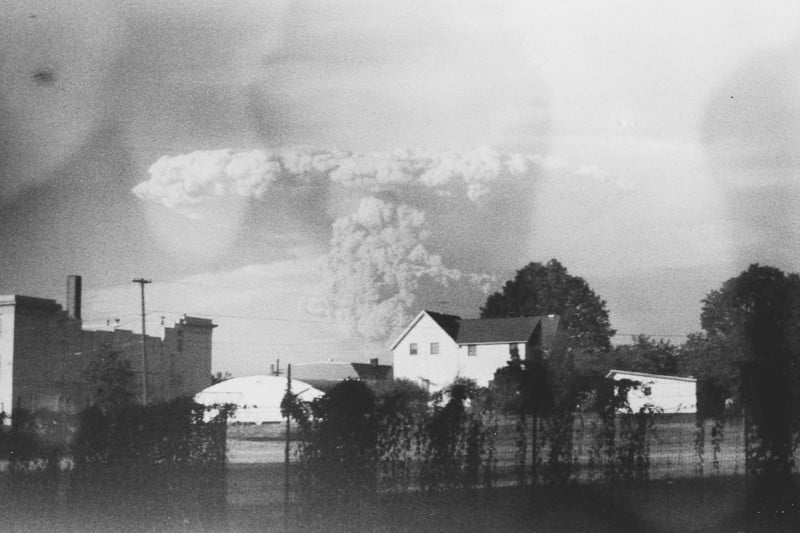 The Oregonian reports that it’s possible these photos show later plumes rising from the volcano on July 22, 1980, after the initial eruption on May 18th, 1980.

Another photo on the same roll of film showed a family posing in a backyard. 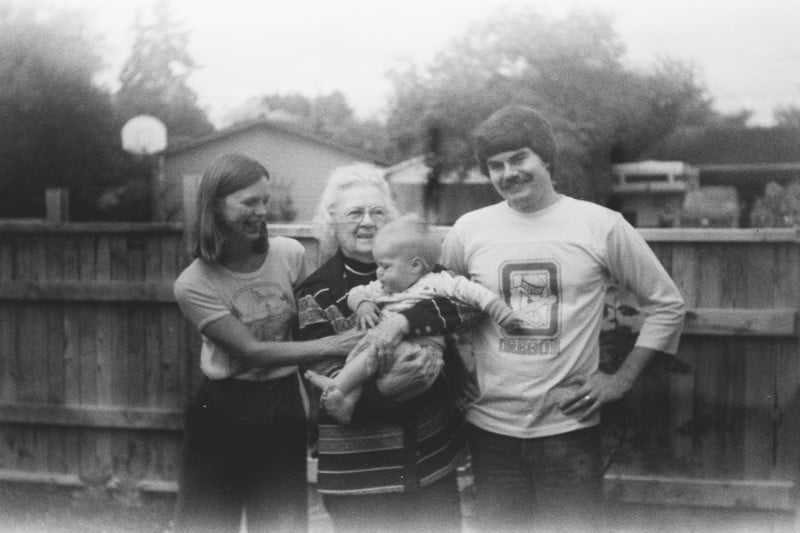 After Dimoff’s found eruption photos were reported by The Oregonion on Wednesday, this family photo was noticed by a man named Mel Purvis.

“I almost fell out of my chair,” Purvis tells The Oregonion. “That’s me.”

It turns out the photo shows Purvis standing with his wife, grandmother, and young son in their yard in Eugene, Oregon, 37 years ago. Purvis believes the camera belonged to his grandmother, who passed away in 1981. He says he isn’t sure how her camera, film, and photos ended up at a Goodwill in Portland.