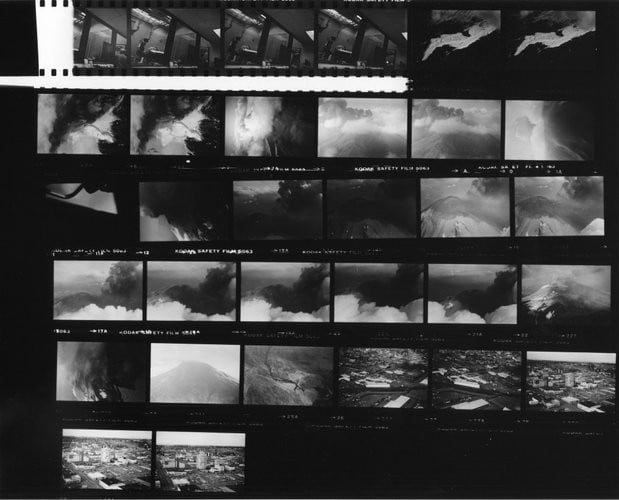 In the Spring of 1980, just a few weeks before the infamous Mount St. Helens eruption that would take his life along with 56 others, photojournalist Reid Blackburn captured the volcano as it looked before it exploded.

The thing is, nobody knew this until last week, when a photo assistant at The Columbian — the newspaper Blackburn worked for — stumbled across the long-lost roll in a storage box.

Reid Blackburn was a noted photojournalist whose death was a tragedy to the industry as a whole. Though his gear was found after the eruption, the film was so badly damaged, none of it was salvageable. So you can imagine how photo assistant Linda Lutes must have felt when she found an undeveloped roll of Blackburn’s aerial shots of St. Helens almost 34 years later.

You can read the entire amazing story and see his photographs by heading over to The Columbian. And, if you like long-lost images, don’t forget to read about the 100-year-old negatives that were just discovered in Antarctica as well!