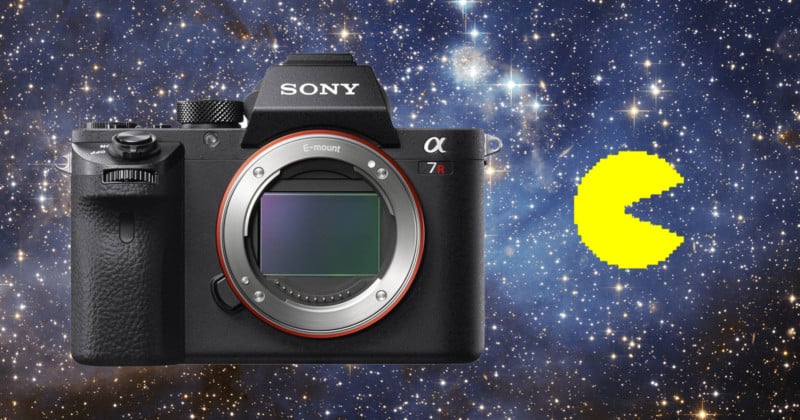 Sony recently released firmware v.4.0 for its a7S II and a7R II mirrorless cameras. The announcement that this firmware version “Improves image quality when Long Exposure NR setting is off” raised hopes for many photographers that Sony had at last addressed the issues caused by their automatic smoothing of all exposures of 4 seconds or longer, sometimes referred to as the “Star Eater” effect because of the way that it removes stars in astrophotography images.

The background to this story provides an interesting illustration of the sometimes rocky relationships between large companies and their customers. In early versions of the firmware for these cameras, Sony had applied spatial smoothing to reduce the noise that becomes increasingly noticeable in longer exposures, but only when images were shot in Bulb mode.

However, Sony changed this with v.3.3 of their firmware; soon after its release, rumors gradually began to circulate that smoothing was now being applied to all exposures of 4 seconds or longer. Eventually an analysis by Jim Kasson provided the conclusive evidence that this was case. While many users of these cameras probably remained unaware of the consequences of this (unannounced) change, it was a serious blow to those of us who are into astrophotography. In particular, this spatial filtering removes so many of the objects that we are trying to photograph, i.e., small points of light against a dark background, details that are seriously degraded by spatial filtering.

A number of astrophotographers began to agitate for this change to be reversed, particularly on forums such as FredMiranda DPReview, CloudyNights, and Sony’s own Community. Examples of the effects of the star eating effect of Sony’s spatial filtering can be found in those forums, and in several blog articles. This includes posts documenting the effects both on my own blog and in a blog post by LonelySpeck.com’s Ian Norman. In his post, Ian went so far as to write an open letter to Sony to not only alert them to the seriousness of this problem, but to also advise them that he could no longer recommend Sony’s mirrorless cameras for astrophotography.

Does Firmware v.4.0 Fix the Issue?

When Sony made their firmware announcement last week with promises of improved image quality for long exposures, many of us thought that this problem might at last have been addressed. However, slowly the evidence began to build that this was not the case – in my own testing of night-sky photos taken with the new firmware, the number of stars detected by the freely available image stacking software DeepSkyStacker is 70% lower in 5 second exposures than in 2.5 second exposures; visual comparison of these images shows the removal or dimming of many of the smaller stars once exposures are four seconds or longer.

Disappointingly, the smoothing also alters the colors of many of the surviving larger stars. The reason for these losses and alterations has now been clearly documented in Jim Kasson’s latest post, which indicates that little if any change has been made to the spatial filtering applied to all exposures of 4 seconds or longer since the introduction of firmware v.3.3!

What Are Astrophotographers Seeking?

Astrophotographers have a very simple request for Sony: a return to the delivery of true raw image files. As a company, Sony clearly understand what this means; their own website states that:

RAW is an untreated image file format that is like the digital equivalent of a film negative. Data from a camera that records in this format is saved without any adjustments.

How could this be achieved? If Sony wish to retain their spatial filtering of longer exposures for those applications for which it is useful, the simplest option would be to provide a new menu option that allows users to turn off all in-camera image smoothing if they wish. This would allow users to again have access to the true raw files that contain all the information that these marvellous sensors are capable of capturing. Now that would put a twinkle in many an eye!

About the author: John Leathwick is a lifelong photography enthusiast who has a career working in conservation science. You can find more of his writing on his blog.

A Look At Photoshop’s Luminosity and Color Blend Modes