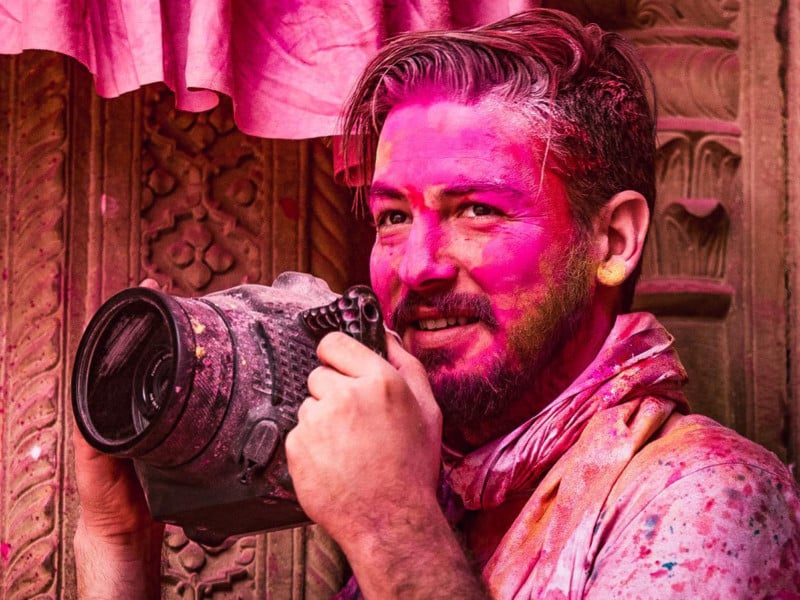 When packing your gear bag for a two-week street photography trip, the last thing you might think to bring is an underwater housing. Most of the time you would be completely right to leave that item at home. But if your trip happens to be going to India during the celebration of Holi, an underwater housing may just be the protection you need.

For those that don’t know, Holi is a yearly event celebrating the coming of spring and good over evil. The entire event consists of throwing colored powder in the air, throwing it directly at people, and rubbing it on people’s faces. In addition to the colored powder, people also throw water balloons, spray people with hoses, and even dump large buckets of water from the roof tops onto the passing people below. 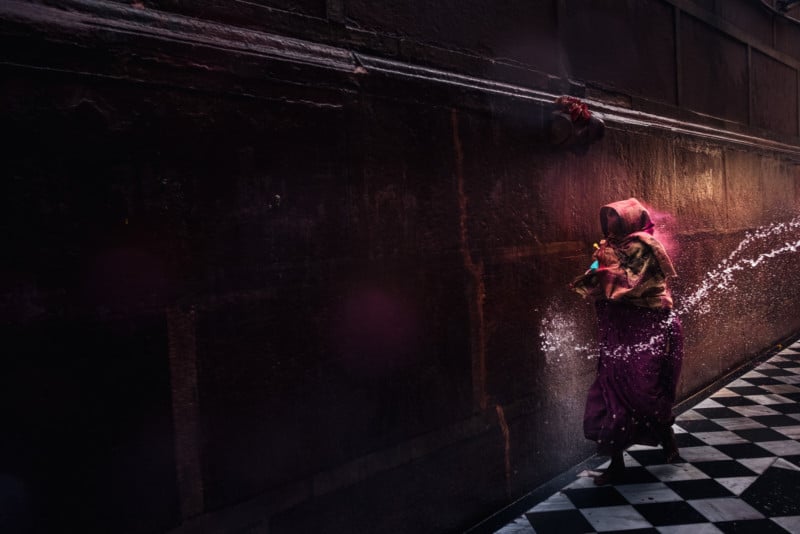 Most photographers at this event relied on a combination of plastic bags and duct tape to protect their gear. While this may be a decent form of protection, it doesn’t really inspire confidence. It also won’t protect your gear from the more intense moments of the festival if you plan to get into the thick of the action. 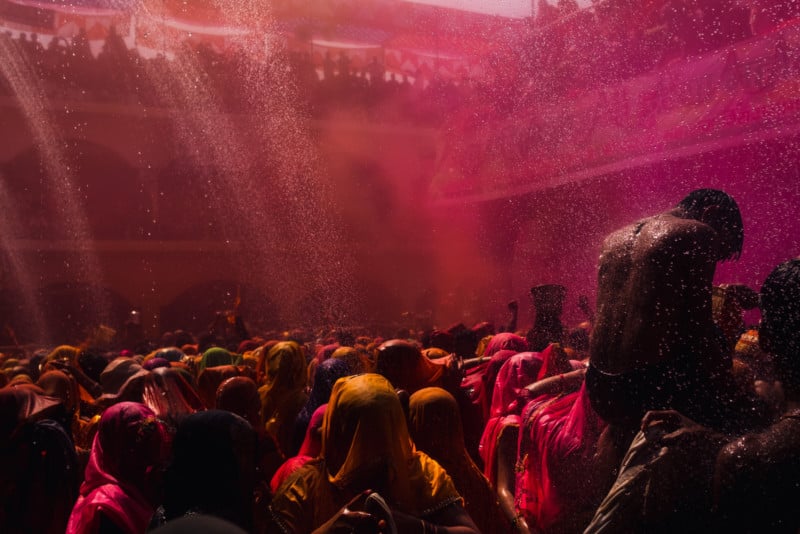 One of the biggest benefits of using the underwater housing is that I was able to completely forget about keeping my gear safe from my surrounding conditions. There were times where the housing was overkill for what was going on and it would have been nice to use just the camera. But because you never really know what’s going to be around the corner, I decided to shoot 100% of the time with the housing installed. This freed me from constantly needing to wonder if there was too much powder or water in an area. Instead, I was able to simply follow my eye and concentrate on making images. 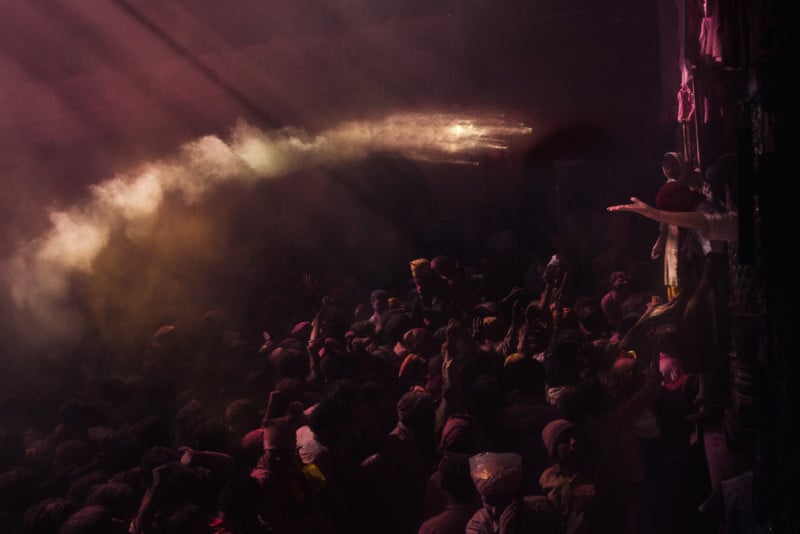 The reason why I went with the Fuji X-T2 over a traditional DSLR is because the smaller camera allowed for a smaller housing. After the housing is installed, it feels a lot like the size of a DSLR. I also love the ability to shoot with an EVF and at 1/32000 shutter speeds. Because the housing limited what camera functions I had access too, there were times where it was faster to shoot at ISO 1600 and just ramp my shutter speed all the way up for really bright situations. If I knew I was going to consistently be in bright conditions, then I simply dove into the menu and set my ISO to a lower value. As for shooting, I did something a little different then most would expect. When it comes to shooting large events such as Holi, it can be very easy to try to capture everything that’s going on. The problem with this is that trying to capture everything can lead to capturing nothing good. It also means that you need a lot more gear. You need the lens for portraits, something wider for story telling shots, then maybe something even wider for landscape images. Because there is so much going on, you end up running around like a chicken with its head cut off. You take a portrait here, then change lenses and run over to a moment, then back to a portrait, then a landscape. You spend all your time chasing down images instead of concentrating on one thing. 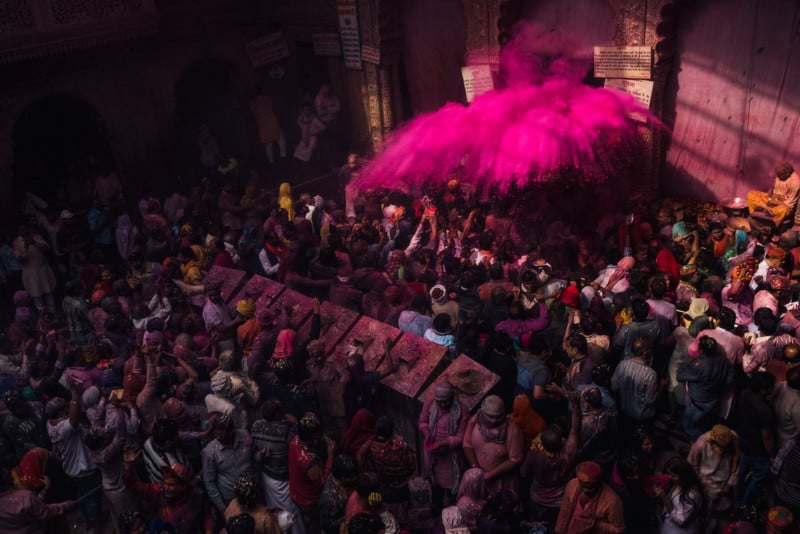 In order to combat this, I limited myself to only using a single 23mm (35mm equivalent) prime lens for the entire trip. What this allowed me to do was dedicate all my attention to the area around me that fit within my focal length. If I saw something going on in the distance that was out of range, I could ignore it. I no longer needed to ask myself what lens I needed for each situation. I was now shooting inside a box. If something happened outside the box, then I ignored it. If nothing was happening inside the box, then I moved the box. Another way that I limited myself was by specifically looking for a certain type of light. This may seem like a weird limitation, but hear me out. I’m currently running around in this made up box only shooting things that fit the 35mm focal length. But if you take this a step further and look only for subjects in direct light, then you quickly become like Neo in The Matrix. You spot even the slightest sliver of direct light and quickly move your box to that area. 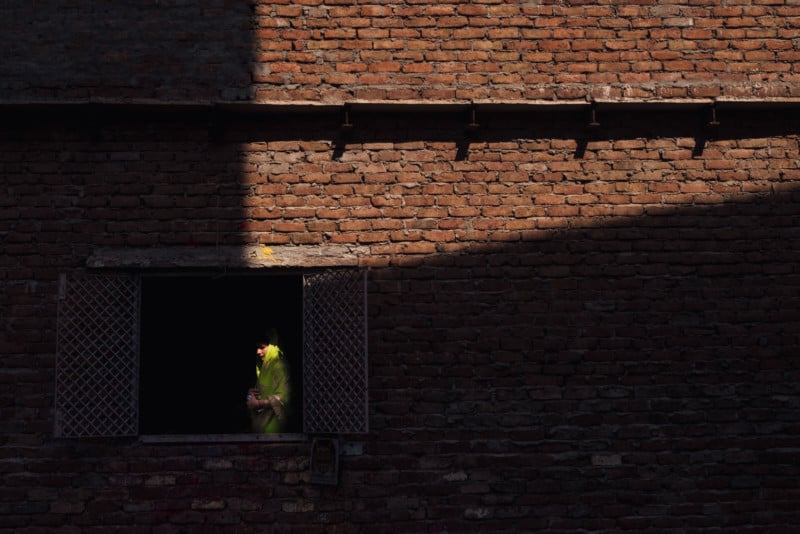 Even after the sun goes down, there is still the ability to shoot direct light. It becomes a bit more complicated, relying on open flames and street lamps, but the option is still there. The upside to this is that these light sources are even more apparent. Especially when the subject is wearing all white and standing alone on the edge of a beautiful overlook. For situations where direct light just isn’t an option, I relied on interesting subjects or backgrounds. You can even be strategic in how you choose. Like being inside a temple with a single entrance and exit. If there is an amazing wall right next to that only exit, it probably a good location to set up for a while and wait for something to happen. 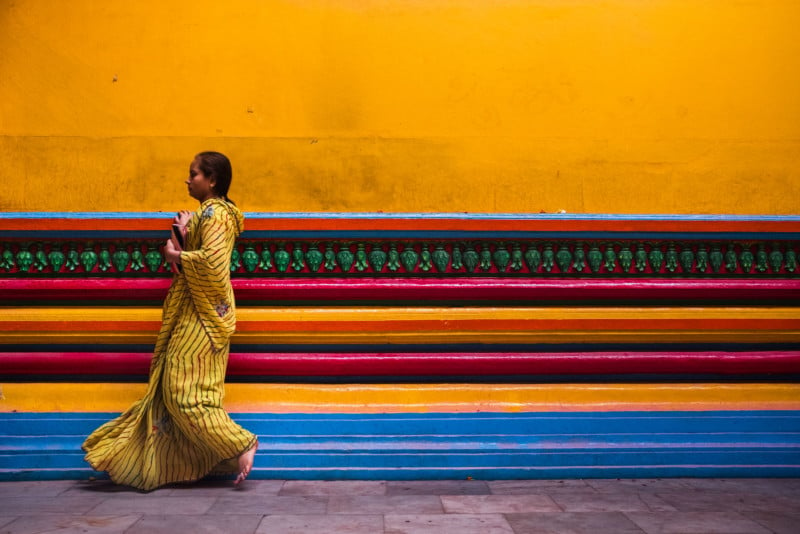 Here are some more photos from the Holi festival: 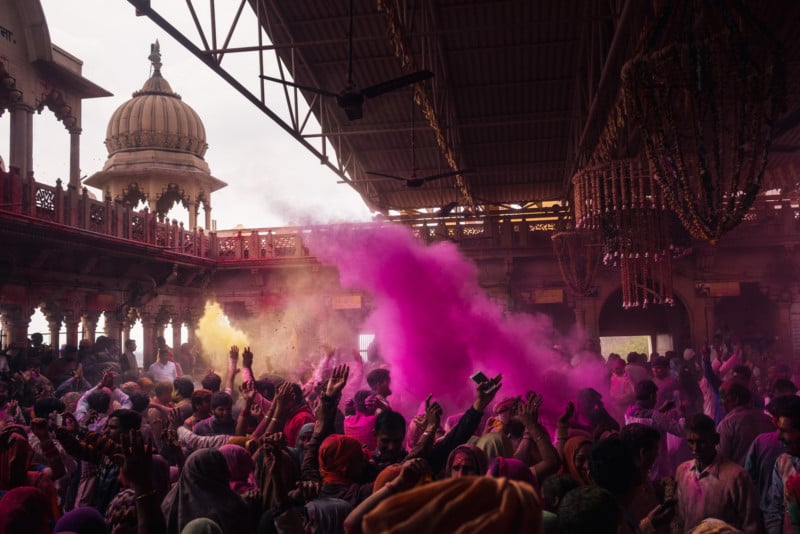 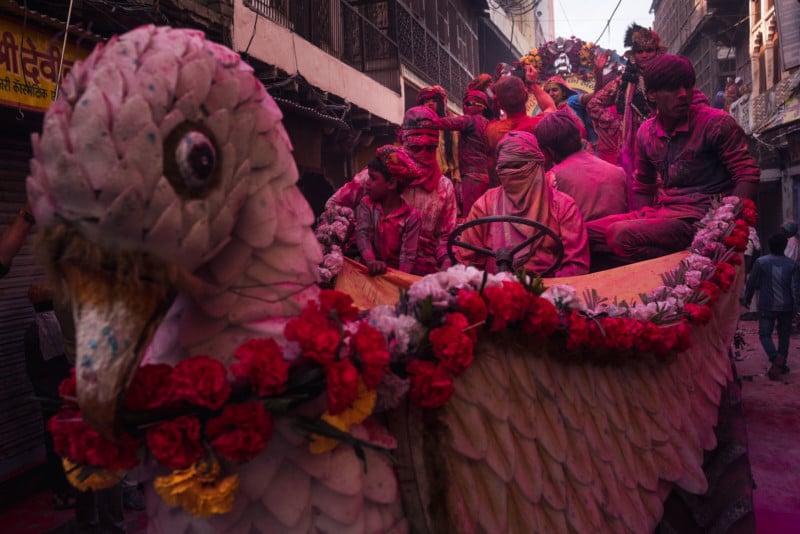 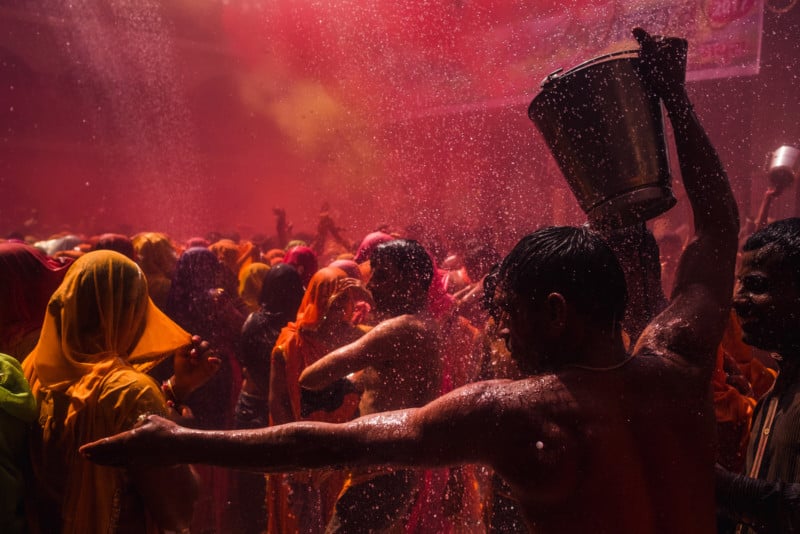 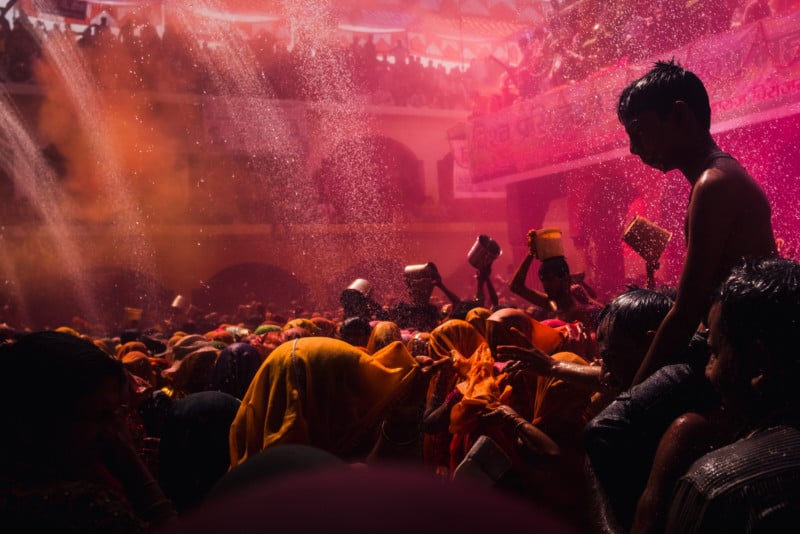 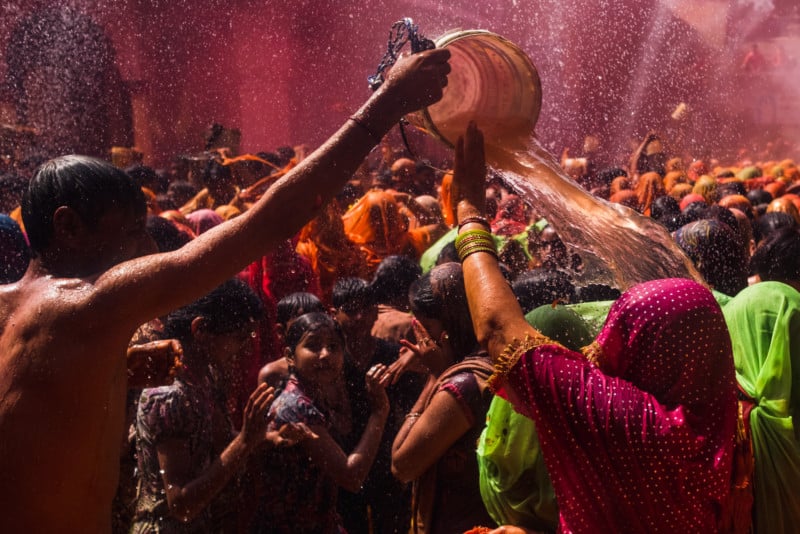 You can find more of my images from this trip in this post on my blog.

Triggertrap Open Sources Its Mobile Apps Days After Its Hardware

Photographer Zwelethu Mthethwa Gets 18 Years In Jail For Murder