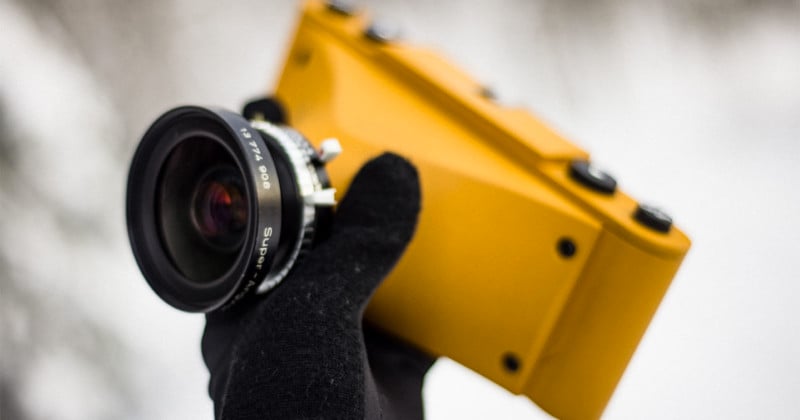 London-based photographer Paul Kohlhaussen has a wish list of cameras he’d love to shoot with, but he can’t afford them. So, he did something rather unusual: he decided to combine some of their notable features into a custom camera that he 3D printed himself.

Kohlhaussen created a fully functional 6×14 medium format camera without having any prior experience of CAD: he taught himself everything he needed to know along the way as he designed the camera, and ended up with a modular design consisting of 8 separate components. 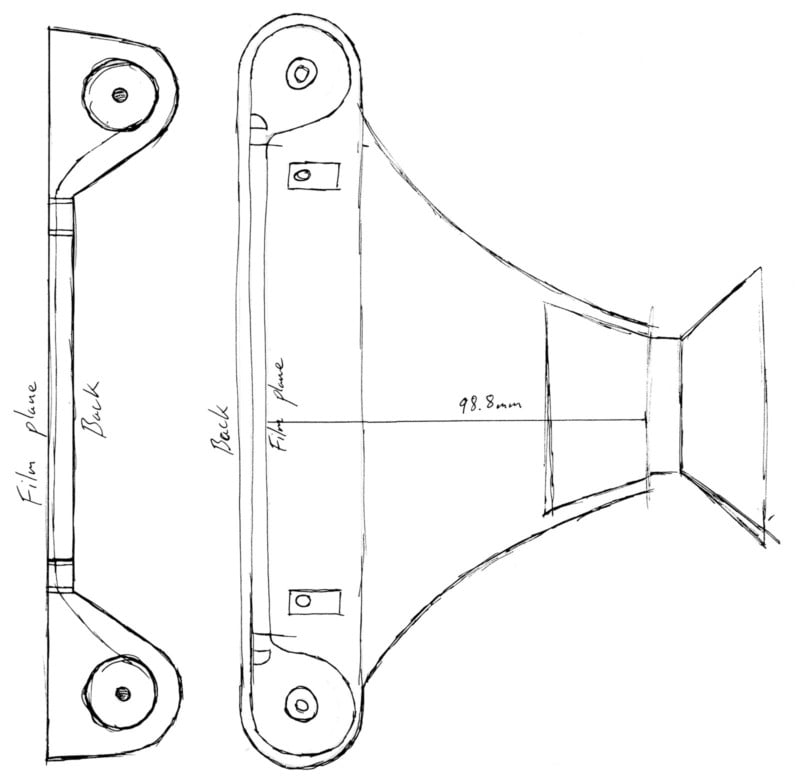 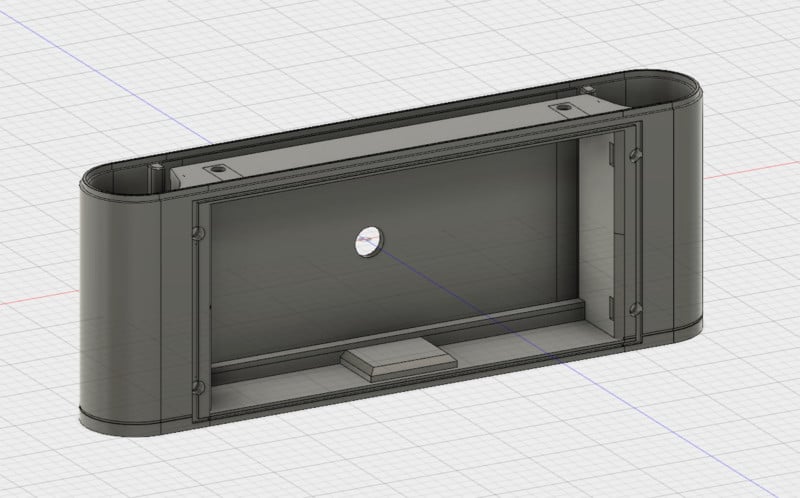 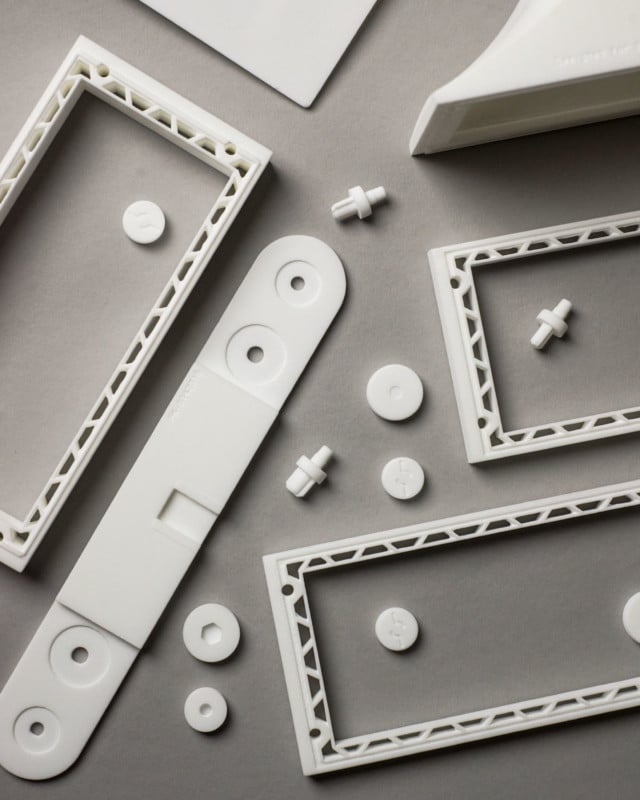 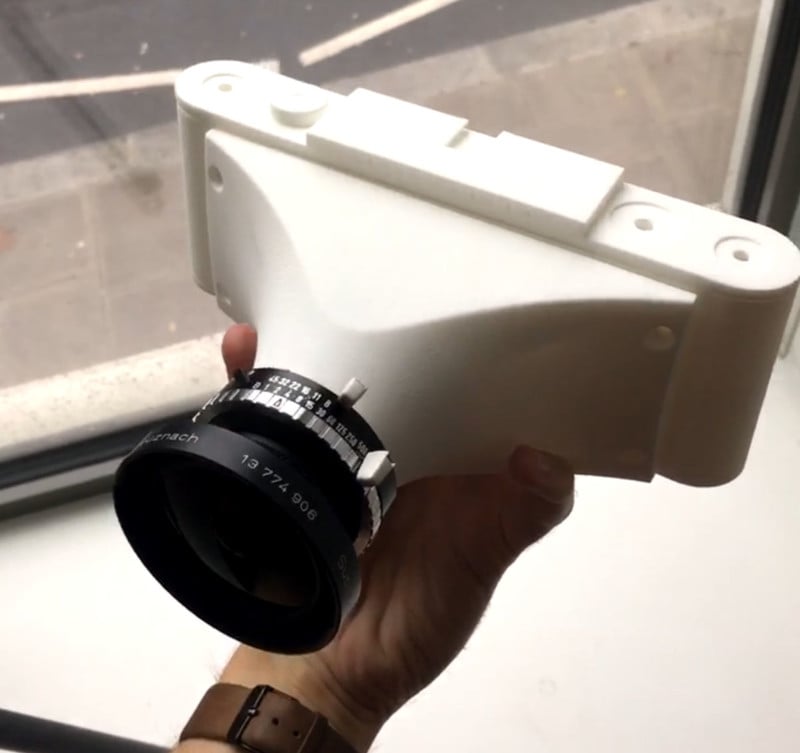 He named his custom camera the PK-6142016, and gave it the nickname “The Cycloptic Mustard Monster.” 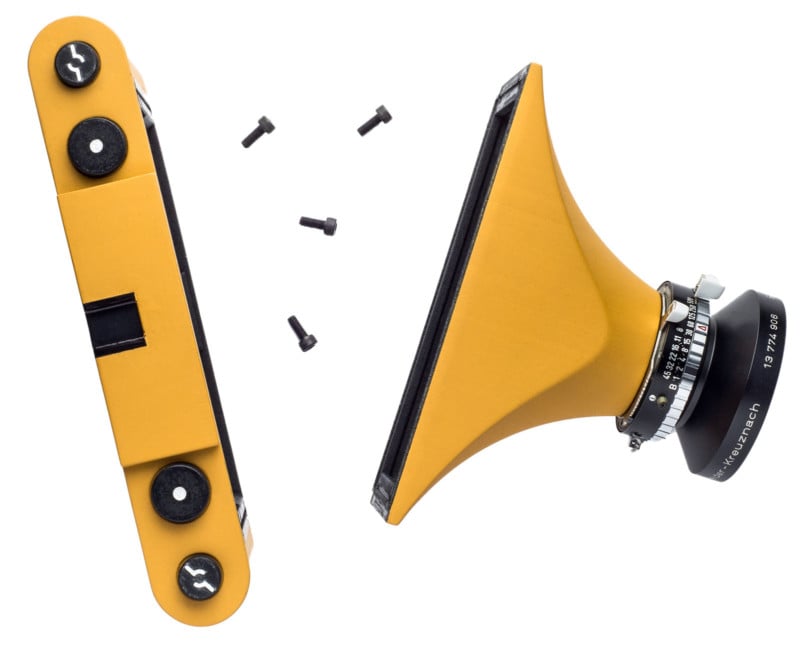 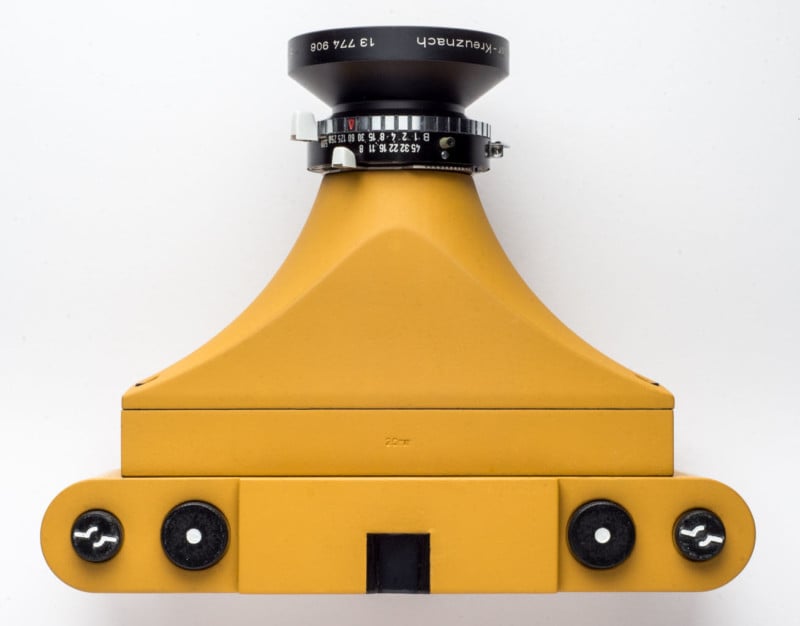 The photographer was inspired by features from the $5,000+ Mamiya 7 (the format), the discontinued Hasselblad XPan (the aspect ratio), and the $5,000+ Leica M series (the film loading style). On the front of the PK-6142016 is a Schneider Kreuznach 90mm Super Angulon large format lens, which all the other components are based around. The parts of the camera are 3D printed using SLS Nylon using the service 3DPRINTUK.

“It’s essentially just a really precisely engineered box,” Kohlhaussen tells The Phoblographer. “I had no means of creating the optics for it, so I bought an old Schneider Kreuznach 90mm Super Angulon meant for 4×5 cameras and designed the body around the properties of that lens.” Kohlhaussen’s camera captures 6×14 photos on 120 medium format film — one of his goals was to shoot photos larger than standard medium format. It doesn’t have a focusing mechanism, so it’s always set to infinity unless you insert brackets into the camera to move the focal plane closer to the lens. The modular design allows the 6×14 film back to be combined with various lens bellows and focus spacers.

Here are some sample photos Kohlhaussen captured using the PK-6142016:

As for future plans, Kohlhaussen is aiming to turn his camera creation into an affordable 6×14 medium format camera for the masses, allowing other aspiring photographers to jump into the analog format without having to pay a high cost.

Image credits: Photographs by Paul Kohlhaussen and used with permission

‘Fractal’ is a Timelapse That Shows the Fury of Supercell Thunderstorms

Print: A Concept Digital Instant Camera in the Age of Smartphones