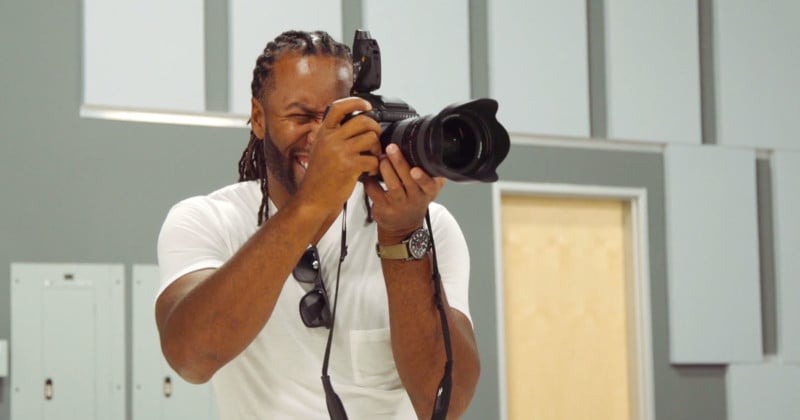 I’m not usually one to talk about celebrities that I keep in touch with from photo shoots. Some of this comes out of professional courtesy, and another part of it is that I’m a bit of a private person. However, a current project and fun day in the studio has made for some new images and behind the scenes video that I think you will all enjoy. Here’s a look at the shenanigans that take place when I share the studio with my photographer friend (who plays football), Larry Fitzgerald.


The first thing that needs to be known is that Larry is a photographer’s photographer. There are a lot of athletes and celebrities out there who like to take pictures. Fitz, on the other hand, can recite lens history and often is the first person to text me when a new camera is released. The only difference is that he, unlike pretty much every other photographer on Earth, can handhold a Canon 500mm f/4L all day without breaking a sweat.

About a month ago, when I was announced as an ambassador for Hasselblad, he sent me a kind text congratulating me, and then a followup text of, “so when we going to the studio again?” The timing of this second text couldn’t have been better, for we were both in town and I wanted to practice some lighting for a shoot the following day. He wanted to check out the H6D-100c and pick my brain on Hasselblad, so we decided to meet up the following week and shoot around (read: camera nerd party).

Now as an aside, there is a bit of a sub-plot to mention…

My mom. I love her dearly, but damn can she bug me when it comes to getting an autographed football from Larry. The crazy thing is that she doesn’t watch any football whatsoever, and probably couldn’t tell you his jersey number. However, this doesn’t stop her from asking where her football is whenever she hears that he and I have been hanging out. You can probably see where this is going… 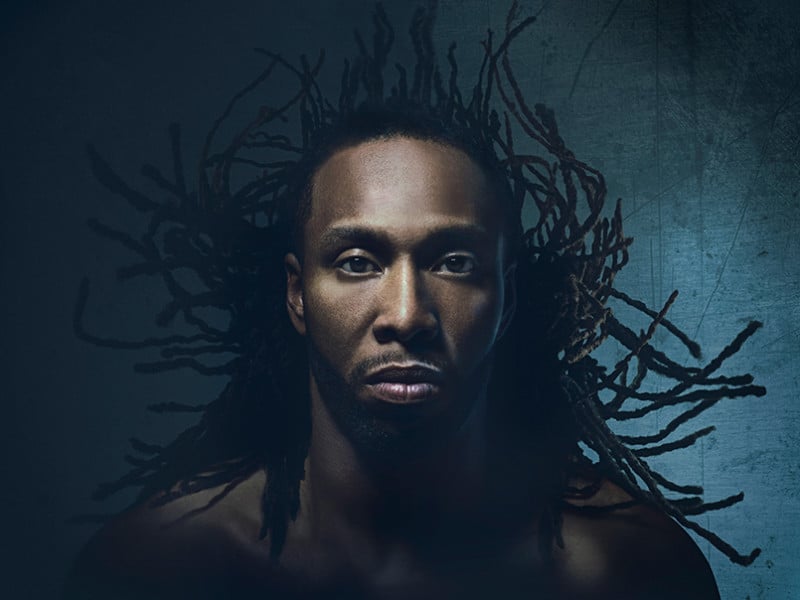 I told Larry the situation and we thought it would be fun to “surprise” her (a little pre-Mother’s Day gift). I wasn’t going to get a football for her (I just don’t ask for autographs, ever). Instead, I was going to introduce her to Fitz… the photographer.

After a couple of hours of shooting, my wife went to my parents’ house and picked them up, telling them that she wanted them to join her in baby shopping. They were more than excited, and it wasn’t until they were close to the studio that the questions began. When they walked in, I greeted them at the door and told my mom that I wanted her to see me work, as none of my family has ever seen me on set. When she walked into the studio, Larry had his back to the door and was taking pictures of a friend we had on set. He turned around and said, “Mrs. Bunting, it’s your turn.”

She completely froze…. Speechless. This was one of the single most special memories I have ever had on set. It will always be important to me.

Once her words returned, she was able to muster, “You’re Larr???” To which he introduced himself and invited her to the center of the studio so that he could photograph our family’s portrait. Truly a special moment made all the much better by the character and class that Larry has. 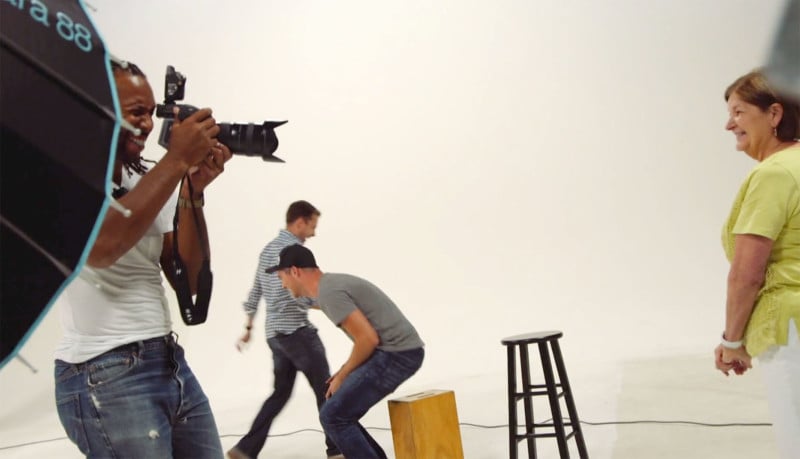 After we shot some family photos, I returned to my spot behind the camera and we continued practicing lighting with Larry. The whole time I could hear my mom behind me asking my wife questions: “what are those lighting things?” … “what’s a softbox do?” … “do you think any of my bunco friends will believe me?” 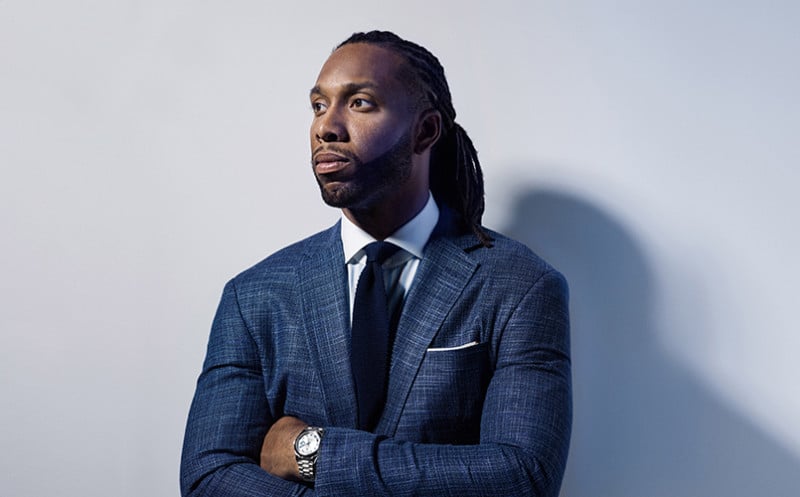 A bit later we wrapped with many great images in the camera, and many memories in our minds forever. We went to dinner from the studio and my mother said something that will always mean more to me than anything else I have done in this job. She said, “I’m really proud of the career you have made for yourself.” If she only knew how big I was smiling inside…

I want to say a genuine heartfelt “Thank You” to everyone that made this possible. Larry, the crew, my family… the character of a man is the summation of those around him and you all leave me grateful for your support and great times we have had. Thank You.