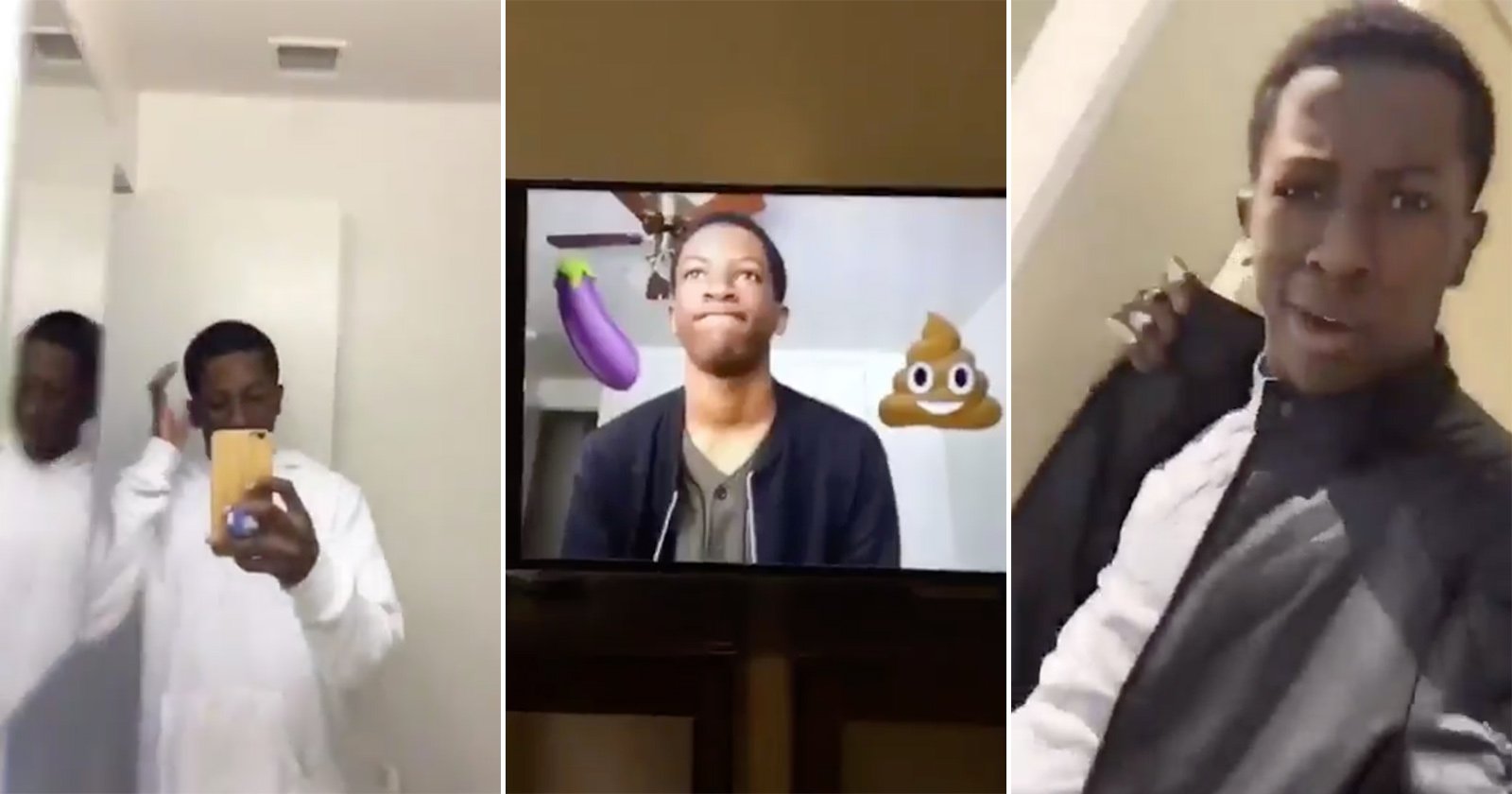 A young kid named Isaiah Xavier is blowing up the Internet with a homemade music video he created using just his phone and a lip syncing app named Musical.ly. Without exaggerating, we can say this video is one of the most impressive smartphone creations we’ve ever seen.

Unless you’re a Social Media Manager by trade (or a teen by age) you probably haven’t seen a lot of Musical.ly videos around. The app lets users set popular songs over videos of (usually) themselves lip syncing to that song or otherwise performing.

That’s exactly what Xavier did (username: @isaiahxavier10) using the song “Addicted to My Ex” by M-City J.r… except his creation takes the art of homemade music videos to the next level. The results are nothing short of “holy crap.” Check it out for yourself below (Warning: Strong language not appropriate for work):

The video has been shared tens of thousands of times; even the artist Xavier was lip syncing to, M-City J.r., retweeted it.

Fortunately for us, Isaiah has shot lots more creative videos like this one using Musical.ly. So if you want to see more, check out this YouTube compilation video or follow him on Musical.ly @isaiahxavier10.

What I Learned Switching from Mirrorless to a Rangefinder