This incredible timelapse of the Grand Canyon filling up with clouds is beautiful beyond words. Shot on Canon 5DSR and 5D Mark III cameras, the film captures an extremely rare phenomenon called a full cloud inversion.

A full cloud inversion occurs when cold air is trapped by the canyon and topped with a layer of warm air, which combines with moisture and condensation to form a sea of clouds. Sped up in timelapse, it feels as though the red rock of the canyon is jutting up from an ethereal, roiling ocean. 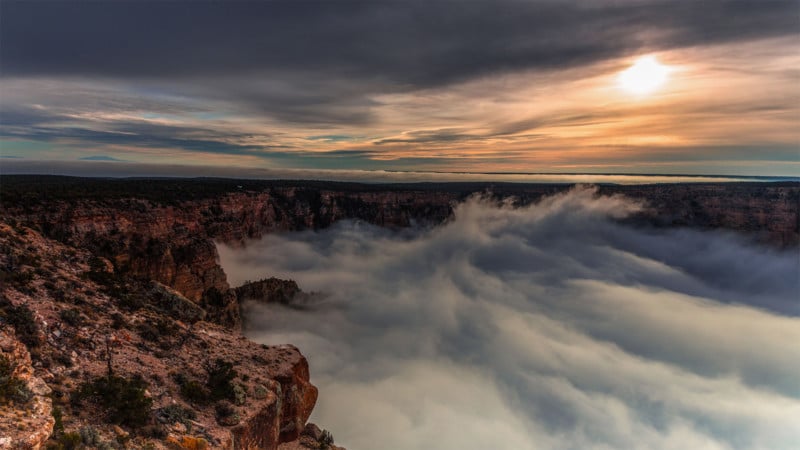 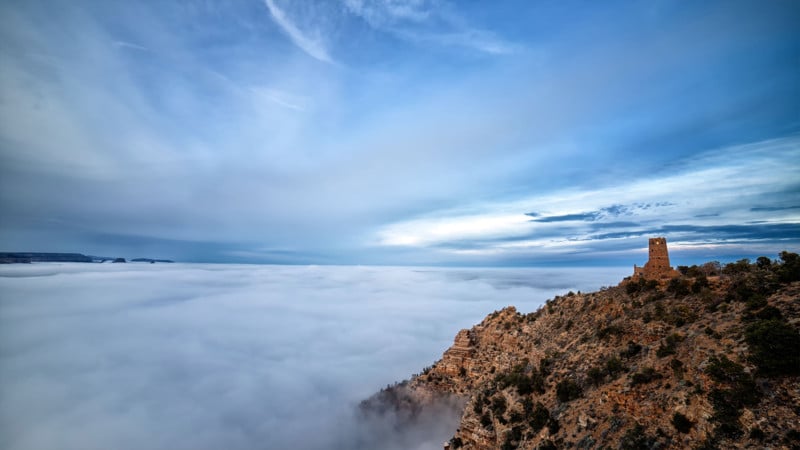 The footage was shot as part of the SKYGLOW Project in collaboration with the International Dark-Sky Association, who are working together to document urban light pollution in North America and fight for the preservation of night skies around the globe.

To see more of SKYGLOW’s work, visit their website or check out PetaPixel‘s previous feature here.

(via Vimeo via Gizmodo)

Image credits: Photography by the SKYGLOW Project and used with permission