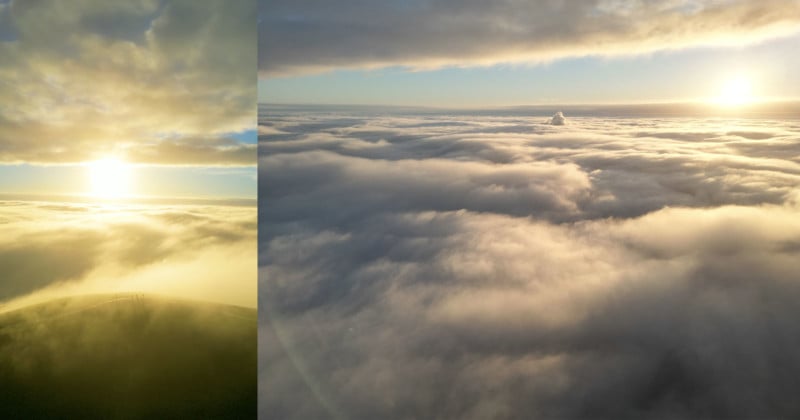 A photographer used a drone to capture a breathtaking cloud inversion; a rare weather phenomenon that makes for stunning scenes.

Drone pilot Nige Varndell was with his partner on a walk in the Peak District in England and was monitoring the weather in the hope he would capture the natural phenomenon.

“Basically the cloud is stuck beneath a cold layer of air, you can pretty much predict these if you know what to look for,” he tells PetaPixel.

After Varndell has checked dew points, moisture levels, pressure levels, and temperatures within and above Hope Valley, the area of the Peak Distict he was visiting. He calculated that there was around a 90% chance of a cloud inversion.

“Temperatures on ground level were higher than temperatures at 500 meters (1640 feet), plus the moisture level was 100%. The high pressure keeps the clouds low to the ground, low wind too.”

Cloud inversion, also known as a temperature inversion, is when warm and cold air flip around, with the warm at the bottom and the cold air higher up. This means a cold layer of air is trapped at ground level, overlain by warm air.

When there is enough moisture in the air it creates a low blanket of mist and clouds on the ground which creates a stunning sight for photographers at higher altitude, such as at the top of a hill.

Cloud inversions are most common in winter when mist and fog become trapped in the cooler air lower down.

Varndell, who used a DJI Mini 3 Pro, tells the BBC it was “absolutely spectacular” and a “special” moment.

“Moments like these are special. Mother nature has so much to offer and the Peak District has an abundance of beautiful scenery,” he says. 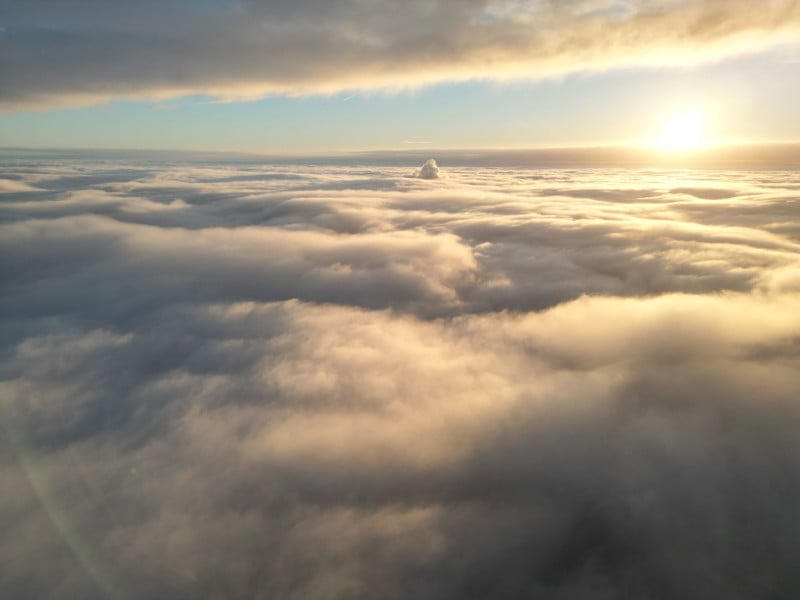 Varndell tells PetaPixel he is currently keeping an eye on Ben Lomond, a mountain in Scotland, for Saturday morning.

“There’s a sunrise forecast with a potential cloud inversion too,” he says.

In 2017, the SKYGLOW project captured a stunning timelapse of a cloud inversion at the Grand Canyon. The breathtaking video made Mary Colter’s Desert View Watchtower look as if it was a lighthouse overlooking a vast ocean.