What kind of nighttime time-lapses could you shoot in cities like Los Angeles if light pollution weren’t a problem? A couple of time-lapse photographers want to show you. They’ve created an experimental time-lapse that shows a sky full of stars and star trails over the light-polluted city of Los Angeles. 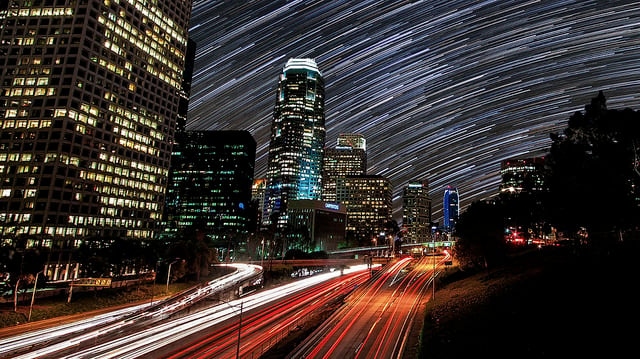 Photographers Gavin Heffernan and Harun Mehmedinovic released the video above as a teaser for their greater effort, the SKYGLOW project. The duo has partnered with the International Dark Sky Association to share the effects and dangers of urban light pollution.

Inspired by photographer Thierry Cohen’s “Darkened Cities” project, which shows what cities look like without lights, their film combines time-lapse scenes from light polluted cities with time-lapses captured at some of the “most incredible Dark Sky Preserves in North America.”

“We composited the 5K timelapse foregrounds and backgrounds using Adobe Photoshop and merged them together to create the fantasy starscape you see here,” Heffernan tells PetaPixel. 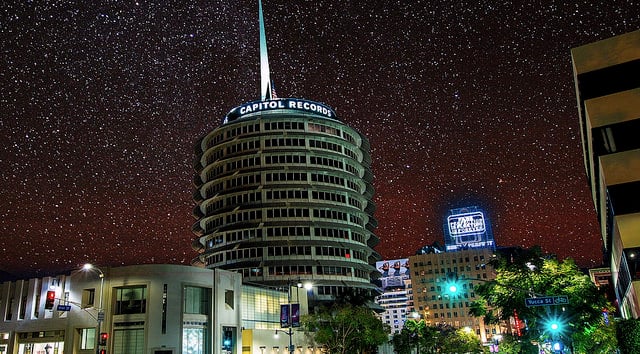 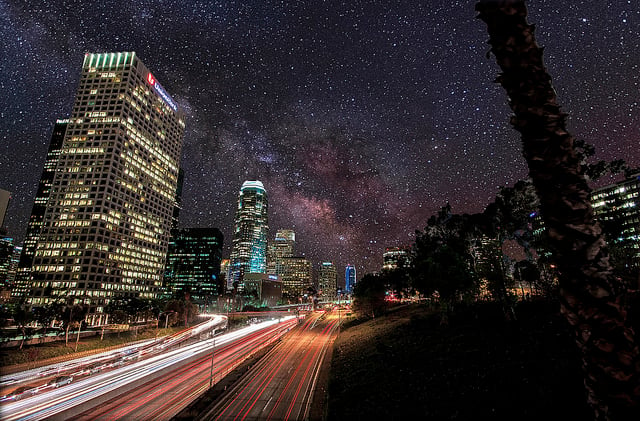 You can find out more (and support) the book and time-lapse series over on its Kickstarter fundraising page.

P.S. If you’d like to shoot still photos of star trails in light polluted places, here’s a tutorial on how you can actually do so.