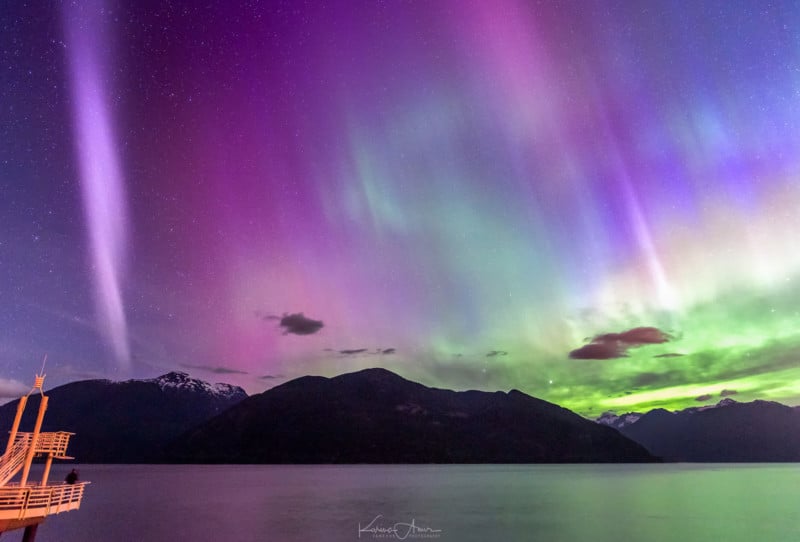 Aurora photographers have been buzzing in recent days about a newly spotted phenomenon in the sky. It’s a purple ribbon of light that differs in appearance from standard aurora. After being confirmed as a new phenomenon, it was given a new name: “Steve.”

After focusing its Swarm program satellites on locations where there Steve was photographed by photographer Song Despins, the European Space Agency detected the purple ribbon with its instruments. The temperature inside the ribbon was 3000°C hotter than the air around it, and the gas was traveling at 6 km/s versus the 10 m/s speed of the surrounding air.

“ESA’s Swarm magnetic field mission has now also met Steve and is helping to understand the nature of this new-found feature,” the ESA writes. 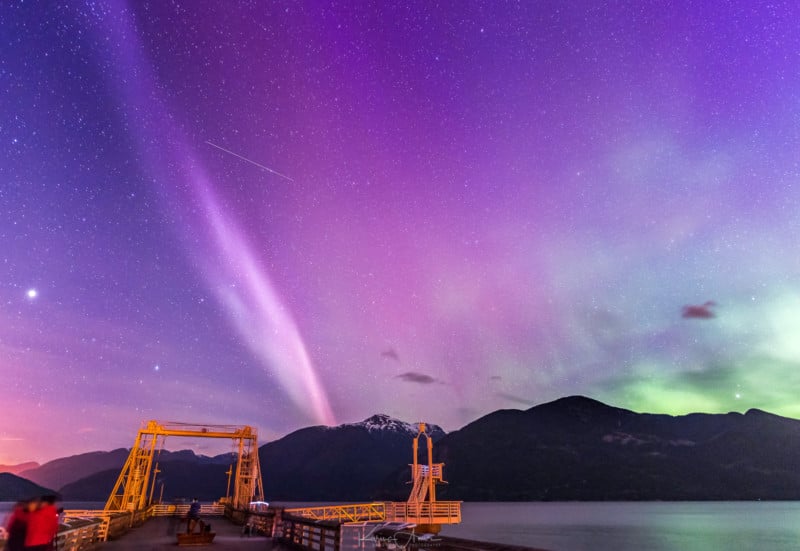 “It turns out that Steve is actually remarkably common, but we hadn’t noticed it before,” says Professor Eric Donovan of the University of Calgary. “It’s thanks to ground-based observations, satellites, today’s explosion of access to data and an army of citizen scientists joining forces to document it.” 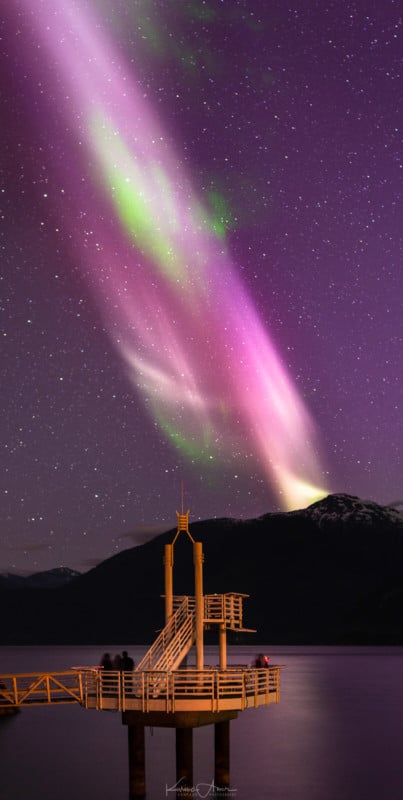 Here’s a timelapse of one Steve sighting by photographers Karina and Amir of Vanexus Photography, who also shot the Steve photos above:

Why the name “Steve,” you might ask? It was inspired by the 2006 kid’s movie, Over the Hedge, in which the animals decide to name a new unidentified creature “Steve”:

Aurora photographers have since created a “Gallery of Steve” album on Facebook through which they’re sharing their sightings and snaps. 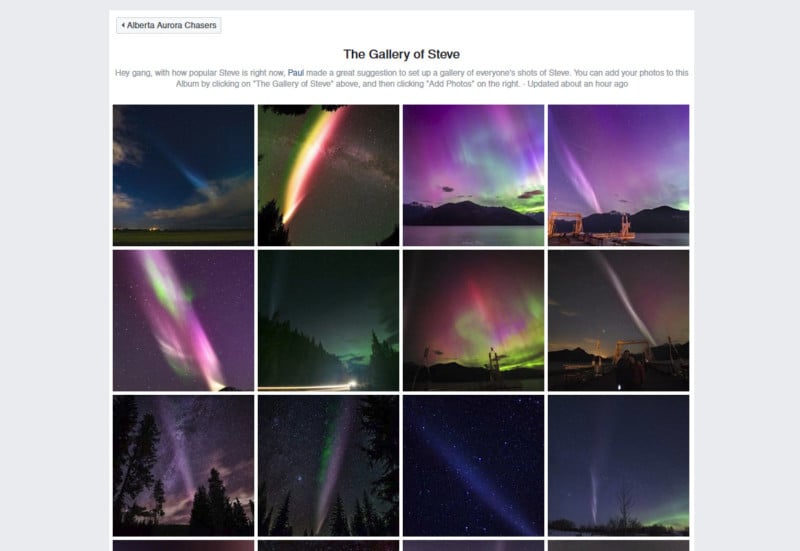 Scientists are continuing to study Steve and hope to have a better understanding soon of its cause and characteristics.

Image credits: Steve photos and timelapse by Vanexus Photography and used with permission