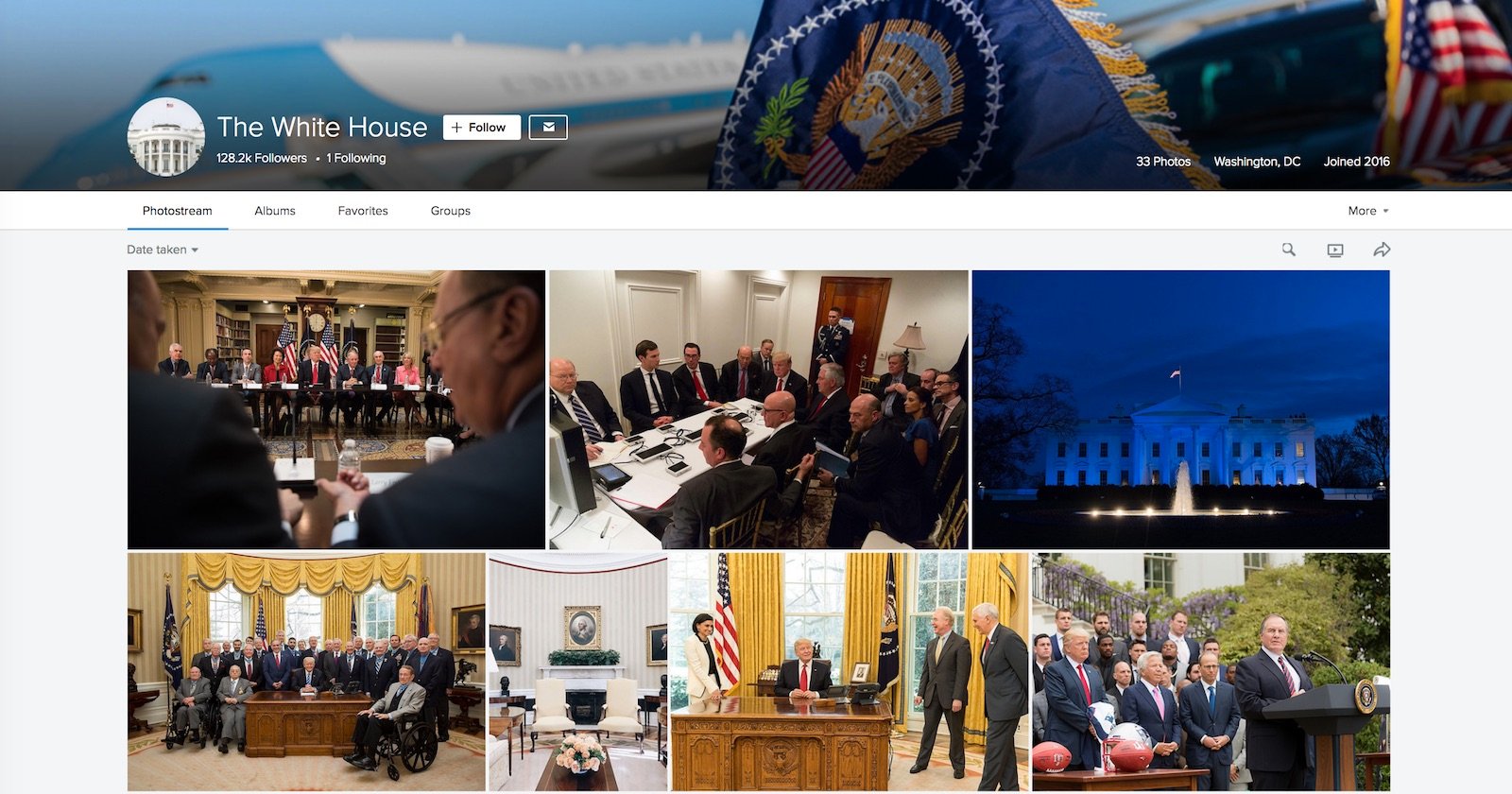 It took a lot longer than we expected—in fact, some said it would never happen—but President Trump’s administration has finally given in and started uploading to the official White House Flickr account.

A slew of uploads all went up yesterday, starting with a “Photo of the Day” from March 15th and progressing from there.

When the Flickr account first went live yesterday, every photo uploaded was a so-called “Photo of the Day,” covering most (but not all) of the days from March 15th through April 20th. These were followed by a slew of photos from last weekend’s White House Easter Egg Roll that were uploaded earlier this morning.

Most of the photos shared so far were taken by official White House Photographer Shealah Craighead, although several of the Easter images were captured by veteran White House photographer Joyce N. Boghosian, and other, earlier images show credit lines for Benjamin Applebaum, Paul Williams, Jonathan Gallegos, and D. Myles Cullen.

Here’s a peek at what the Trump administration has shared so far:

After 8 years of Pete Souza and the prolific photography of the Obama Administration, many wondered if the Trump Administration would turn their backs on Flickr and only share images through Instagram and Facebook. Fortunately, the answer seems to be “no.”

You can see all of the photos uploaded to the White House Flickr account by clicking here.

In Defense of Post-Processing