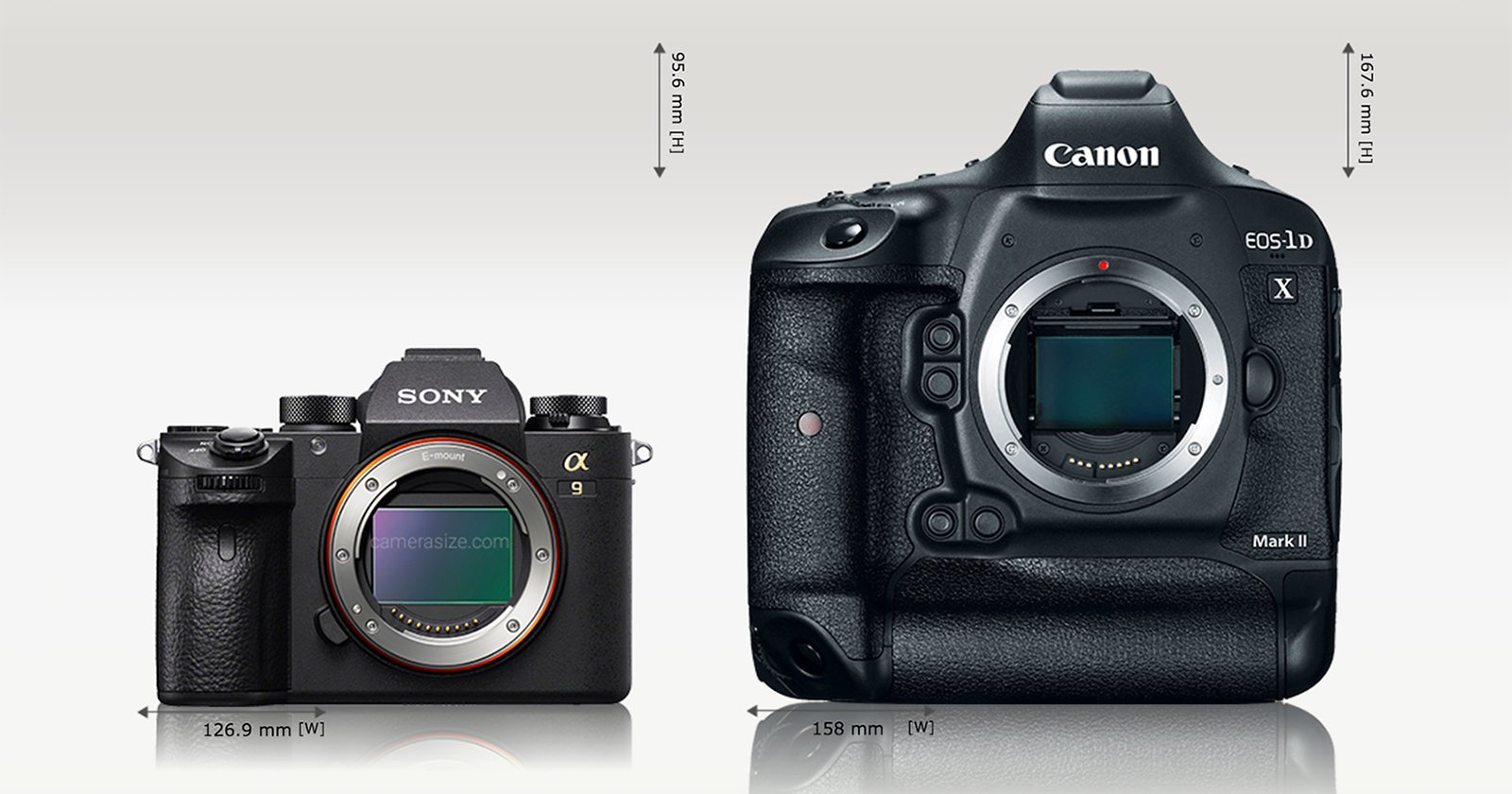 One of the biggest selling points of Sony’s mirrorless full-frame cameras is how much smaller and lighter they are than comparable DSLRs, but does the new Sony a9 live up to that promise? Let’s see.

The good folks at Camera Size have just added the Sony a9 to their comparison tool, allowing us to place it next to some of its main competitors and see just how much (if any) smaller the a9 is than the a7R II, Canon 5D Mark IV, and its REAL competition, the Canon 1DX Mark II.

One thing you’ll notice right away is that the Sony a9 is definitely chunkier than the Sony a7 series. The a7R II is thin by comparison:

That said, this is NOT a big camera. Put it next to the Canon 5D Mark IV and it starts to look pretty small:

And when you put it next to the massive Canon 1DX Mark II, the a9 looks like a toy. Unfortunately, we couldn’t compare sizes with the battery grip attached, but even with the grip it wouldn’t even come close to the Canon’s bulk: 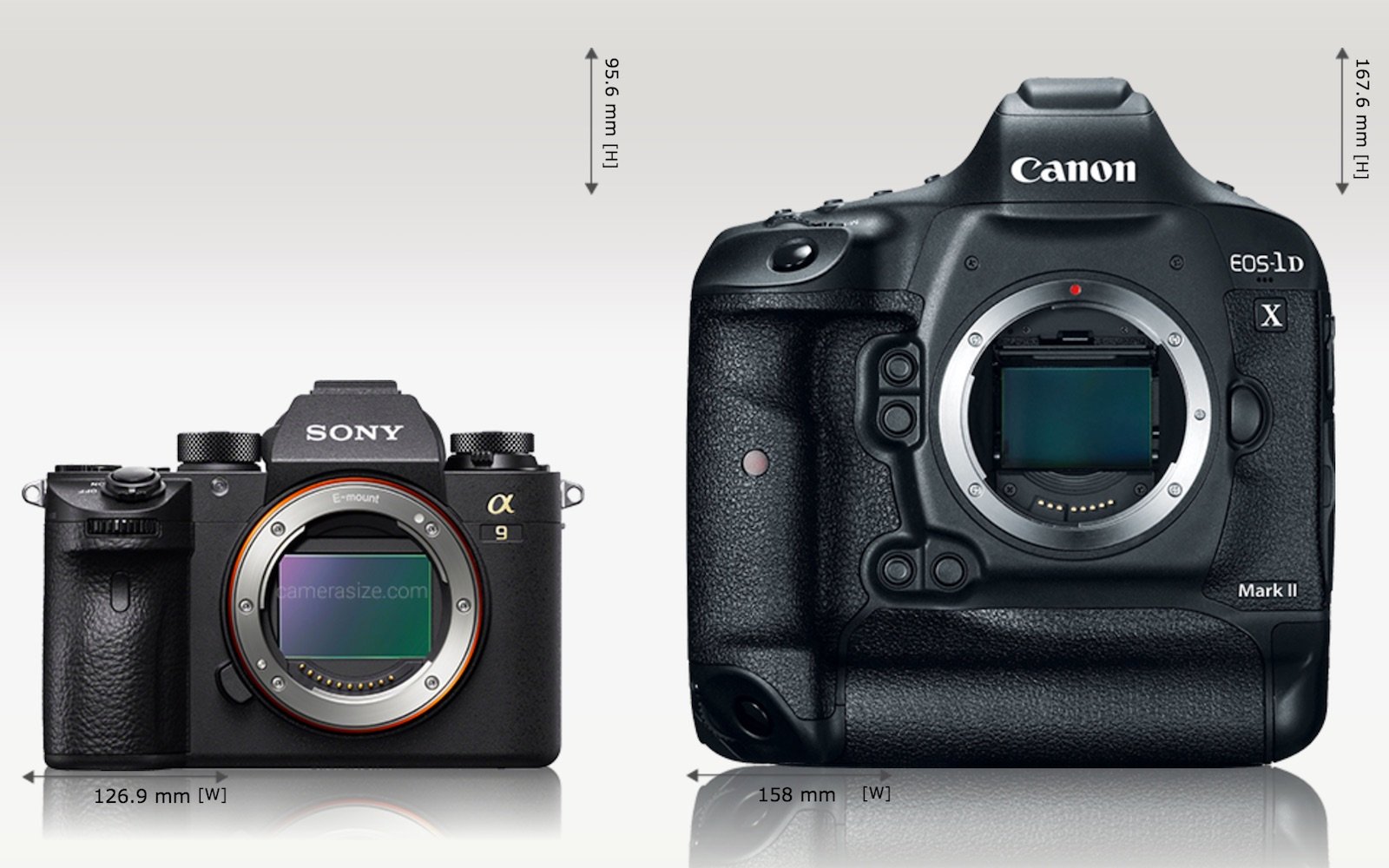 It’s been said a lot over the past couple of days—as insane 20fps demos and favorable reviews have popped up online—but Canon and Nikon have a serious competitor on their hands. Sony just needs to release some serious Sports glass.

In Defense of Post-Processing