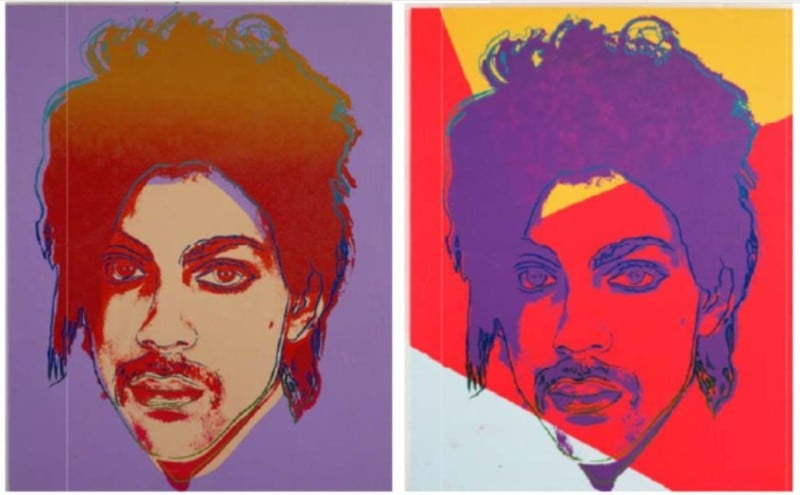 The estate of legendary artist Andy Warhol has filed a lawsuit against New York City photographer Lynn Goldsmith. The reason? Goldsmith believes Warhol violated her copyright by turning one of her portraits of Prince into a painting.

The New York Daily News reports that the lawsuit is a “preemptive strike” against the photographer before she gets a chance to file a copyright infringement lawsuit first.

The photo at the center of the battle is a publicity portrait of the late musician Prince, captured by Goldsmith back in 1981. Three years after the photo was made, Warhol decided to create his “Prince” series of paintings and “drew inspiration” from the picture to create his works.

Goldsmith is accusing the Warhol painting of being an infringement of her photo, but the Warhol estate is arguing that the paintings were transformative enough to be considered new works.

“Although Warhol often used photographs taken by others as inspiration for his portraits, Warhol’s works were entirely new creations,” writes Warhol estate lawyer Luke Nikas in the lawsuit. “As would be plain to any reasonable observer, each portrait in Warhol’s Prince Series fundamentally transformed the visual aesthetic and meaning of the Prince Publicity Photograph.”

Nikas argues that this type of appropriation is transformative enough to be considered “fair use” under U.S. copyright law. He goes on to say that Goldsmith disregarded the fair use aspect and “attempted to extort a settlement” from the Warhol estate.

The lawsuit accuses Goldsmith of admitting in a January 2015 Facebook post that the Warhol paintings were protected under fair use.

“It is a crime that so many ‘artists’ can get away with taking photographers’ images and painting on them or doing whatever to them without asking permission of the ‘artist’ who created the image in the first place,” the photographer wrote.

This lawsuit is reminiscent of the legal battles artist Richard Prince has had with photographers through the years. In April 2013, a court ruled that his modifications to photos by photographer Patrick Cariou qualify as fair use.

Then in 2015, Richard Prince began selling screenshots of other photographers’ Instagram photos without permission for $100,000 an artwork, sparking fresh new controversy around the Web.

Goldsmith is planning to oppose the Warhol estate’s action and counter-claim for copyright infringement, the photographer tells NY Daily News.

Here’s the lawsuit that was filed: