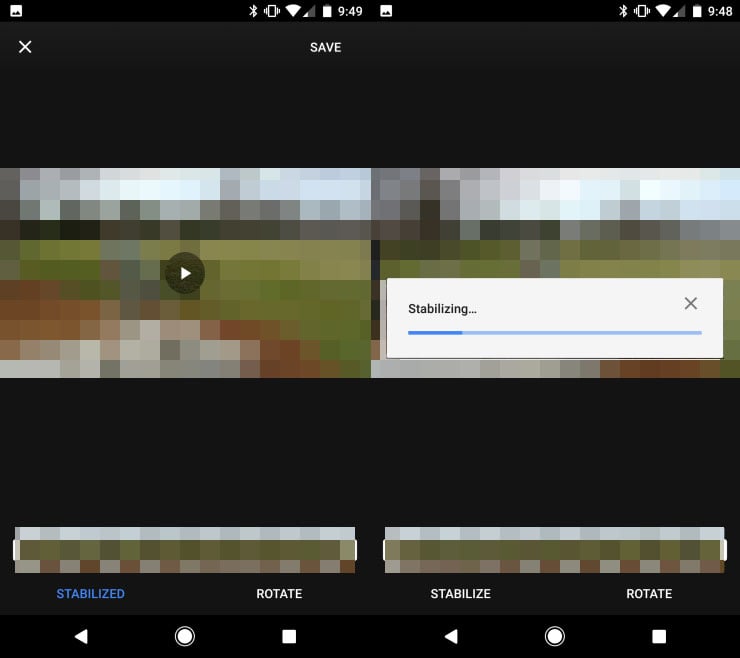 Google has released version 2.13 for its Google Photos app for Android, and the latest update brings a helpful new feature for people who shoot a lot of home videos: stabilization that can be applied to any video.

To apply stabilization to any video you’ve shot already, open up a video, press edit, and then hit the new Stabilize option. The app then does its behind-the-scenes work, stabilizing your video based on each frame. After its work is done — it will probably take at least as long as the duration of your video — what you’ll have is some surprisingly smooth footage.

As with YouTube’s video stabilization, you may notice slight warping or cropping in your resulting video due to the nature of this type of digital stabilization.

Want to see how well the stabilization works? Daniel Stone posted some comparison clips of footage before and after Google Photos did its magic:

A larger selection of these before-and-after comparisons has been published to this Google Photos album.

To get started with this new stabilization feature yourself, download Google Photos version 2.13 from Google Play.

(via Google Photos via 9to5Google)

How to Color Your Photos Using the HSL Tool in Lightroom