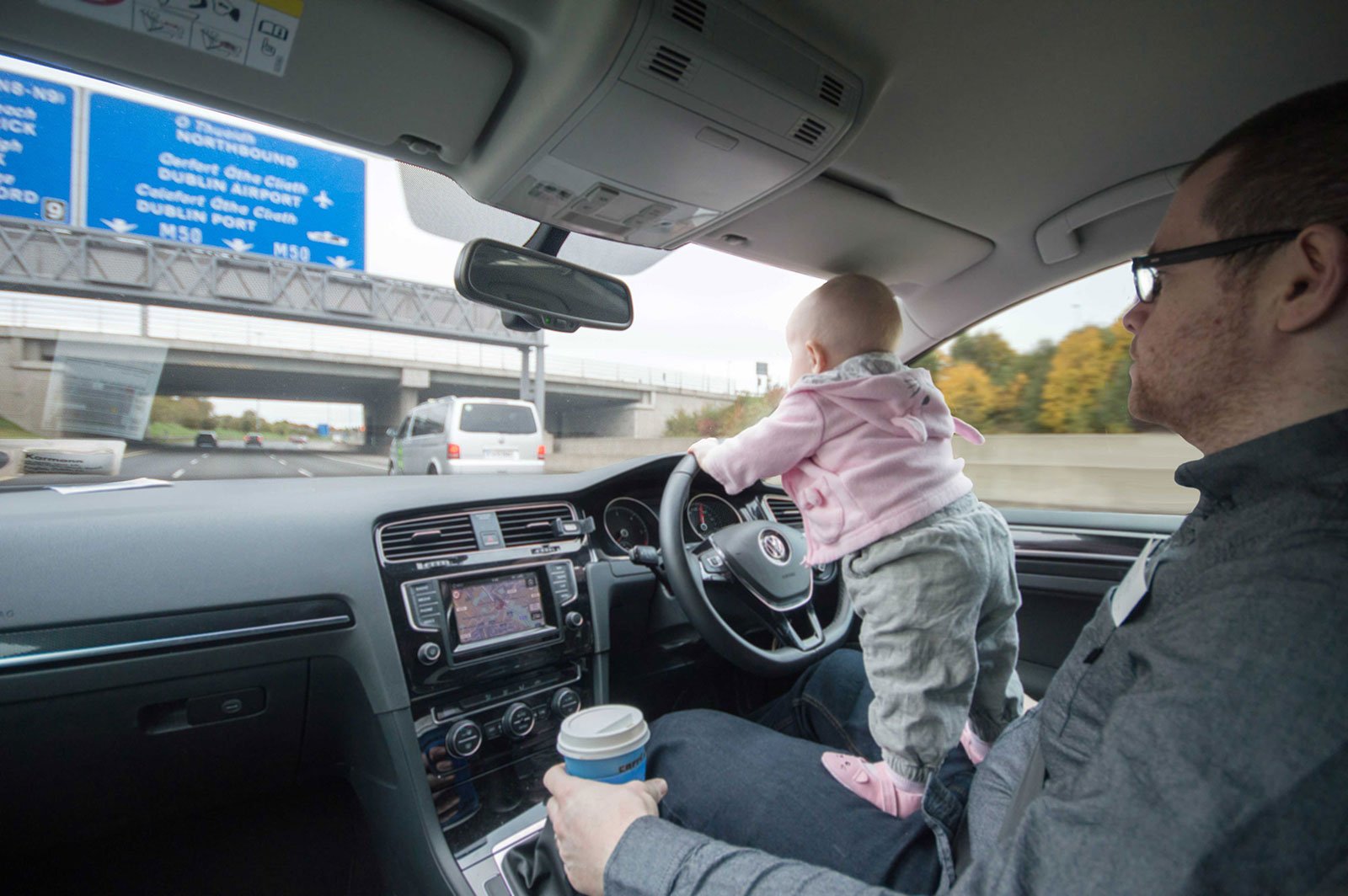 Designer and Dad Stephen Crowley is doing his best to give his relatives a heart attack… Photoshop style. The creative father recently decided to Photoshop his 18-month-old daughter Hannah into “marginally dangerous situations” for a laugh, and the results have gone viral.

The whole thing started on a lark: the Dublin-based dad using his Photoshop skills to have a little bit of fun with relatives following him on social media.

So he would post an objectively terrifying photo like the one below, with the tongue in cheek caption “Cooking up a storm (before everyone goes crazy, don’t worry, the oven clock is set wrong, she isn’t actually still awake at 9.35pm)”: 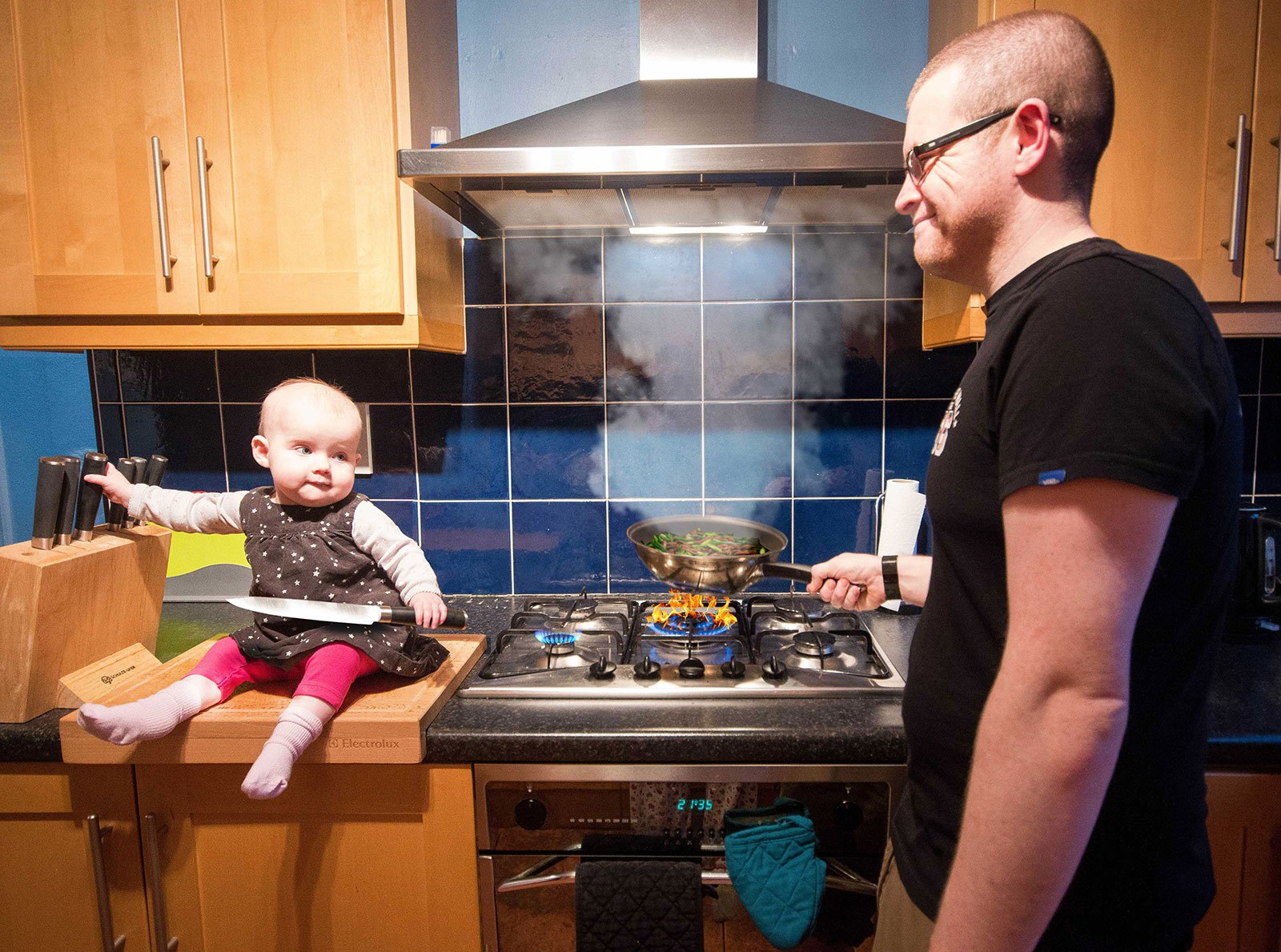 Crowley posted the photos to Reddit, where they immediately blew up, becoming the 12th most popular Reddit link of all time with over 151,000 upvotes. But Stephen isn’t satisfied with Internet fame for its own sake, so he’s turned his moment in the spotlight into an opportunity to raise awareness.

You see, Hannah was born with a very rare immune disorder called HLH, and spent 6 of her earliest months (from 4 months old to 10 months old) in the hospital receiving chemo therapy and, ultimately, a bone marrow transplant that saved her life.

This experience opened Stephen’s eyes to the need for bone marrow donors—of 27 million worldwide donors, only 3 were deemed suitable for Hannah—and so he’s using this viral photo opportunity to raise awareness and encourage people to become donors through the bone marrow registry Be the Match.

So scroll down and enjoy all of the photos, by all means. But if you love what you see here, consider visiting Be the Match and registering to be a bone marrow donor. You could save a life… and enable a dad to create another fun photo series in the future: 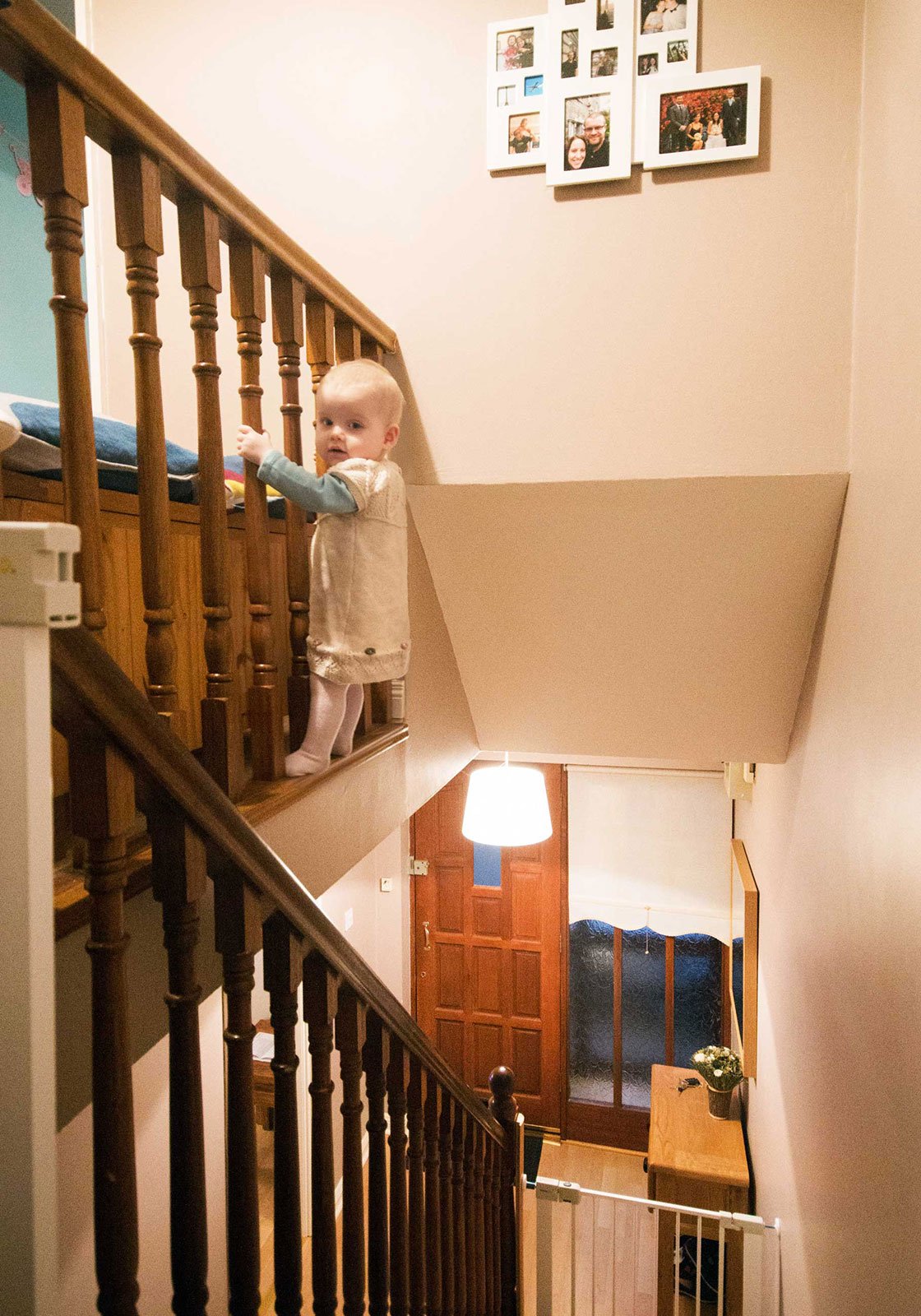 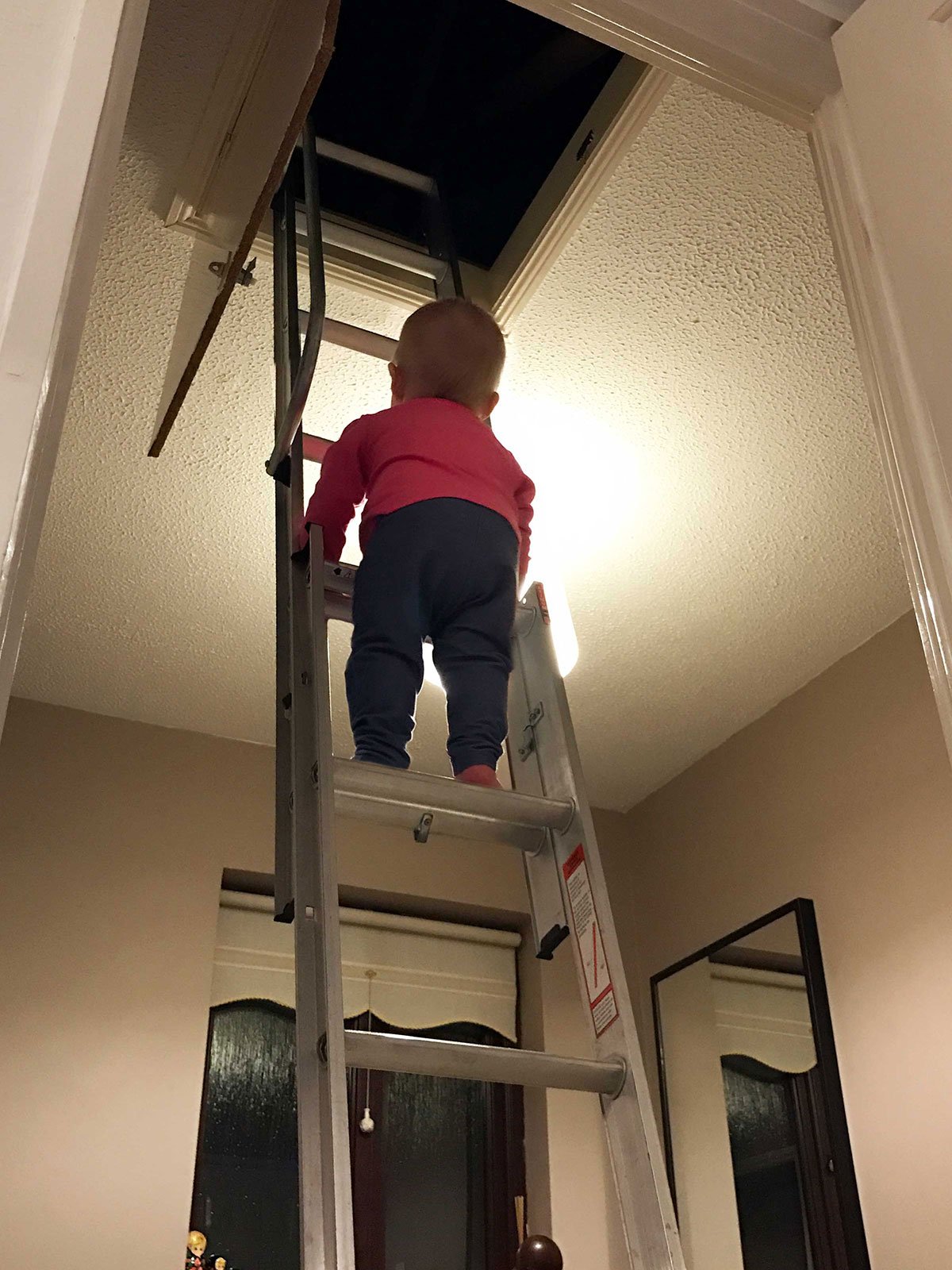 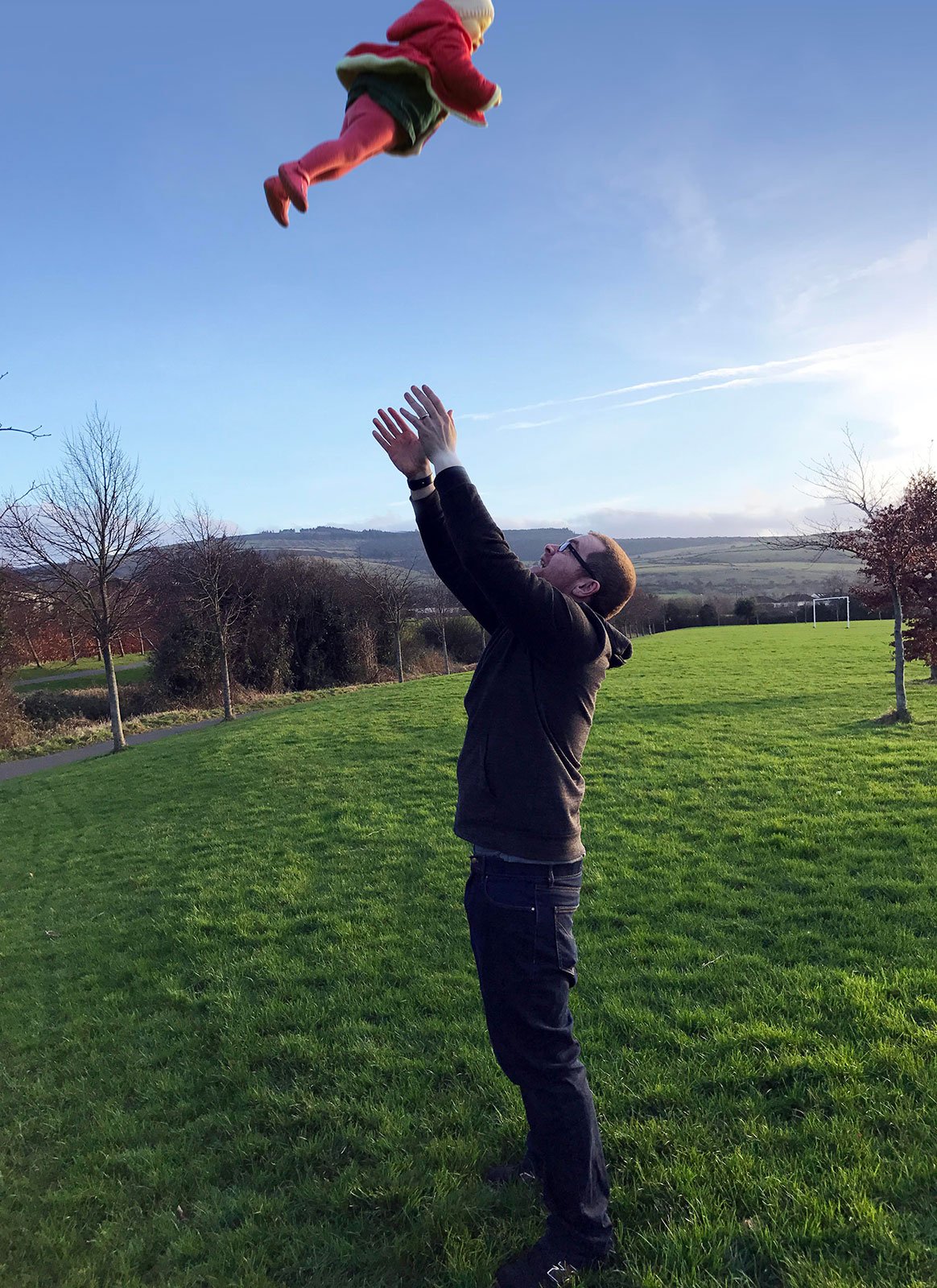 Oh, and in case you’re curious what a “before and after” of these creations look like, Stephen was kind enough to send us an exclusive shot. So the photo above of Hannah driving a car on the highway while her dad enjoys a latte actually looked like this before Photoshop: 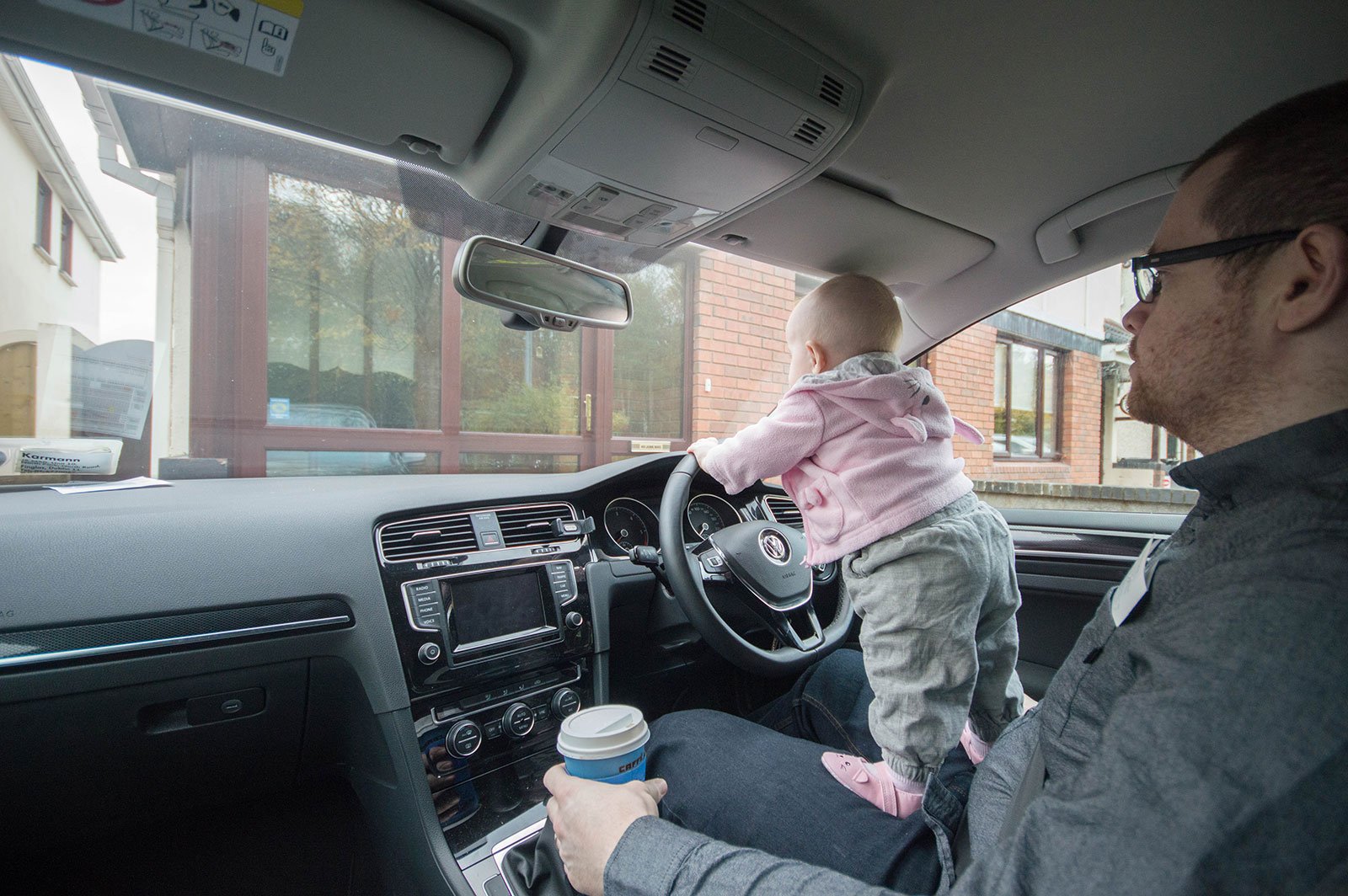 You see, there’s no reason to fret: no babies were imperiled in the making of these photos. You’d think that would be obvious, but as Stephen told us, while “most of the reactions have been positive,” there is “the odd person not getting the joke and commenting I ‘should be shot.'”

Image credits: All photographs by Stephen Crowley and used with permission.