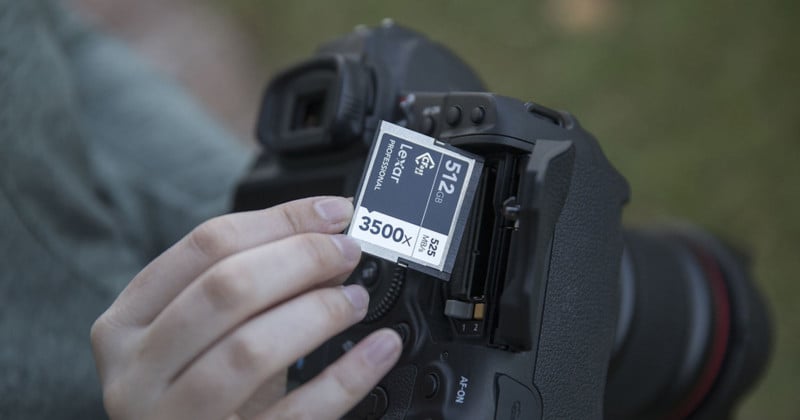 If you’re looking for the last memory card you’ll ever need, Lexar is getting close with their new 512GB Professional 3500x series CFast 2.0 card. Announced earlier today, this card packs a combination of storage and speed that 4K shooters will find very appealing.

The card is aimed squarely at professional videographers working with RAW, 4K, high frame-rate video that can gobble up Gigs of storage space faster than Pac-Man can eat his way through a level full of pac-dots (yes, we looked it up, that’s what they’re called).

“When shooting 200 FPS on a high-end, production-level camera, it’s easy to fill up an entire 256GB card with content in just 17 minutes,” explains Lexar’s Jennifer Lee, senior director of product marketing. “Comparatively, the new Professional 512GB 3500x CFast 2.0 card can capture up to more than twice that time.” 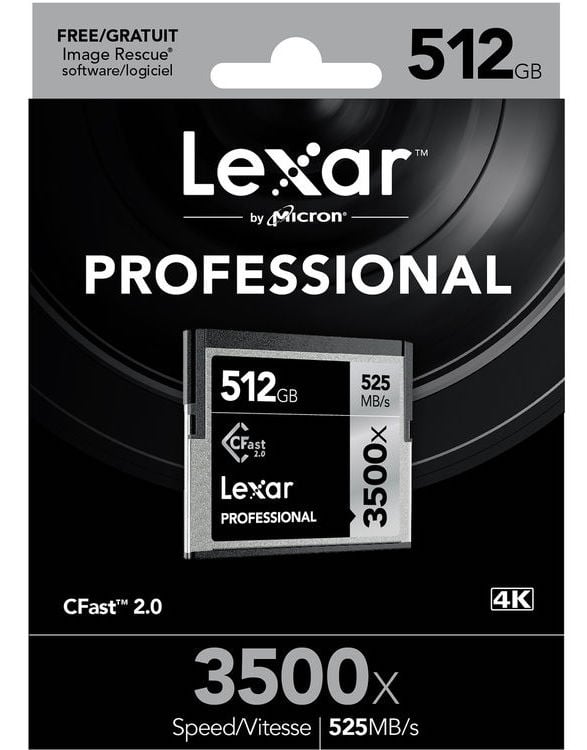 The new extreme storage Professional 3500x card joins an elite few CFast 2.0 cards that have broken the 256GB barrier, and it’s got the price tag to prove it. Currently, the card sells for a holy-crap-my-camera-cost-that-much $1,300 on B&H Photo. And what do you get for that pile of cash? 512GB of flash storage packed inside a card with read and write speeds of up to 525MB and 445MB per second, respectively.

Assuming you have a camera that’s compatible with CFast 2.0, this could actually be about the last card you’ll ever need as a photographer. Back in 2015, Jared Polin showed us how a then-groundbreaking 512GB CF card could hold almost 350,000 JPEG files from his Nikon D4s… the shutter in that camera is only rated for 400,000 actuations.

Video: The Moment a Photographer Gets Her Stolen Camera Gear Back

The Impact of Adobe’s Subscription Model on Photoshop