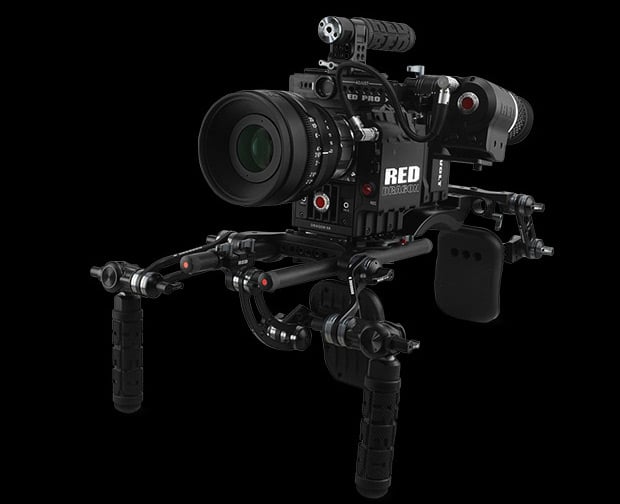 Until today, the Nikon D800E stood at the top of the DxOMark totem pole with an amazing sensor score of 96. But the champion has been unseated, and not by some Canon or Nikon full-frame camera or one of the impressive new APS-C shooters we’ve seen recently. No, the D800E has been decidedly put out of first place by the RED Epic Dragon video camera.

The RED Epic Dragon set a record today when DxOMark announced that it had actually broken the 100-point score barrier on their tests. The camera scored a 101, which DxOMark points out is all the more impressive considering the fact that it has a smaller sensor than the D800E (APS-H… about halfway between APS-C and 35mm) and can shoot full res at very high frame rates. 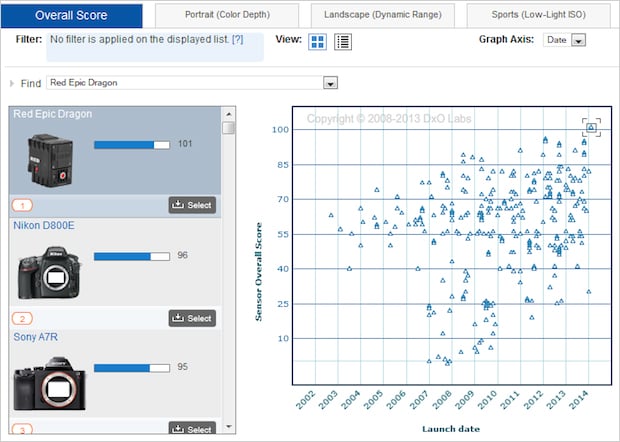 The camera’s secret, the way it achieved this crazy score, has to do with the incredibly low read noise demonstrated by the sensor. Both its dynamic range and color depth scores (14.8 Ev and 26.5 bits, respectively) outpace every other camera DxOMark has ever tested. So even though it fell short of the D800E at extremely high ISOs (an expected consequence of the smaller sensor), it still managed to pull a higher score and wow the testers.

“It’s hard to imagine anyone being disappointed by the Dragon’s performance (except maybe at extremely high ISO)…” writes DxOMark in the Conclusion section, adding, “The ability to choose a high quality still photo from a movie sequence will be invaluable to time-pressured imaging professionals, in the studio or elsewhere. While this will take some time to filter down to consumer level HD-DSLRs, this new technology just may forever change the way both footage and stills are shot in the future.” 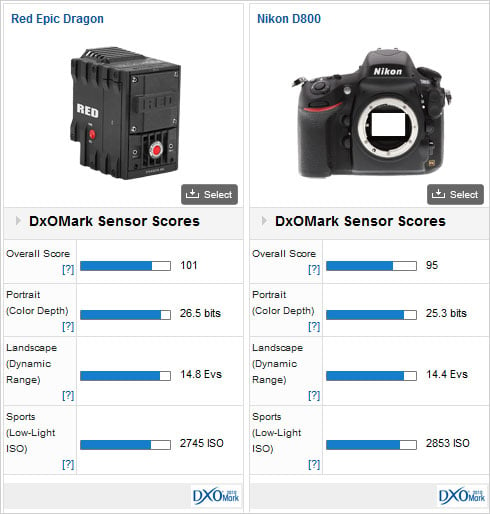 So no, this won’t affect you in the near future — unless, of course, you have nearly $30,000 to spend on the Dragon body alone — but as DPReview pointed out, it shows that there’s still a lot of untapped potential in conventional Bayer CMOS sensors. Which, in turn, means we still have plenty to look forward to.

To read the full review and find out exactly how it did in every category and why it’s such an impressive camera, head over to DxOMark by clicking here.

Should Photographers Accept Bitcoin as Payment?