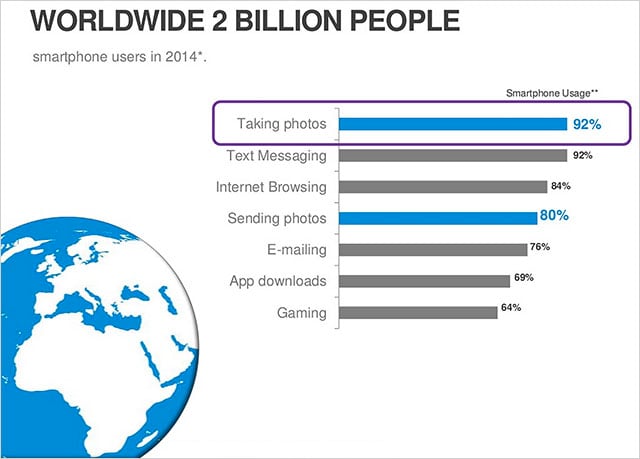 When new smartphones are announced these days, the camera quality and specs are usually front and center. If you’re wondering why manufacturers focus so much on mobile photography, check out the chart above: taking photos is the most used feature of smartphones alongside text messaging.

The chart was shared recently in a slideshow created by Samsung marketing. It’s based on data from a Pew Research Center survey done of smartphone users in 2011.

The study found that 92% of smartphone users use their phones to take pictures. 80% of users go on to send their photos elsewhere after they’re snapped. 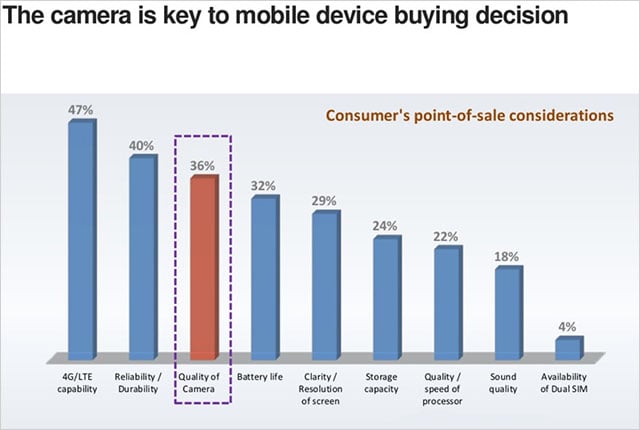 According to a Comtech study done in 2014, the quality of a smartphone’s camera is the third most important consideration for phone buyers, trailing only 4G/LTE capability and reliability/durability.

Consumers as a whole are very serious about using their smartphones as an everyday pocket camera.

Everything You Need to Know About Lens Diffraction in Photography

5 Steps to Creating a Dreamlike Gown in Photoshop