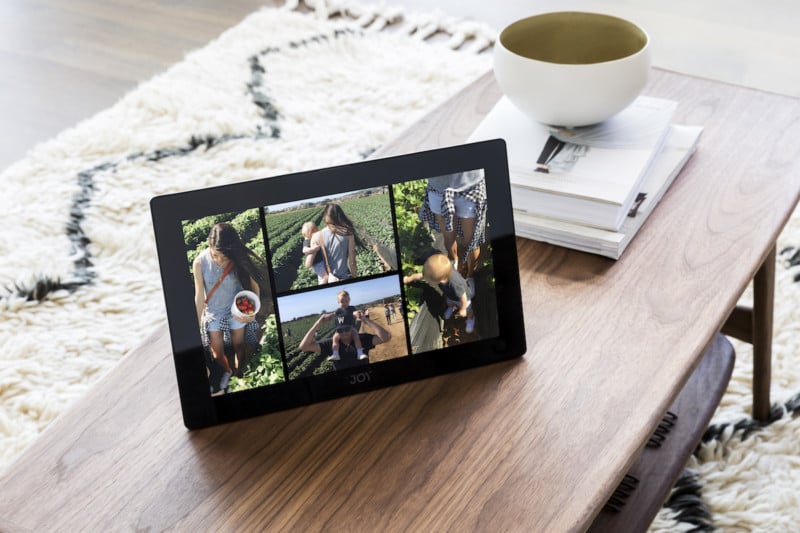 It was only a matter of time. Following hot on the heels of the rebirth of the digital photo frame is the Joy Album: the family album redesigned for the digital age and the self-styled “world’s first interactive photo album.”

Photography as a way of preserving and reliving memories is facing an uphill battle. Each year we take more and more photos, making it that much more difficult to organize and display those shots. More often than not, they end up on some camera roll, external hard drive, or cloud backup, never to be seen again.

That’s the issue the Joy Album hopes to fix, dragging the old family photo album into the 21st century by equipping it with a touchscreen display, wireless charging, customizable photo and video layouts and real-time story sharing. Here’s a quick intro video:

At its core, the Joy Album is basically a 13.3-inch high resolution tablet computer that was designed primarily as a photo sharing device instead of having the feature added on as a perk.

Photos and videos are organized in a dynamic layout that updates live and supports a plethora of file formats, including RAW files, GIFs, 360 degree photos, and panoramas. Photos and video can be pulled from your smartphone, Facebook, Instagram, Dropbox, and Google Photos, and you can customize which photos and stories are shared with different family members and friends.

Best of all, your family members don’t have to have a Joy Album to see your photos or share photos with your album. If they can use the Joy mobile app, the Web version, or even email, so nobody is left out. 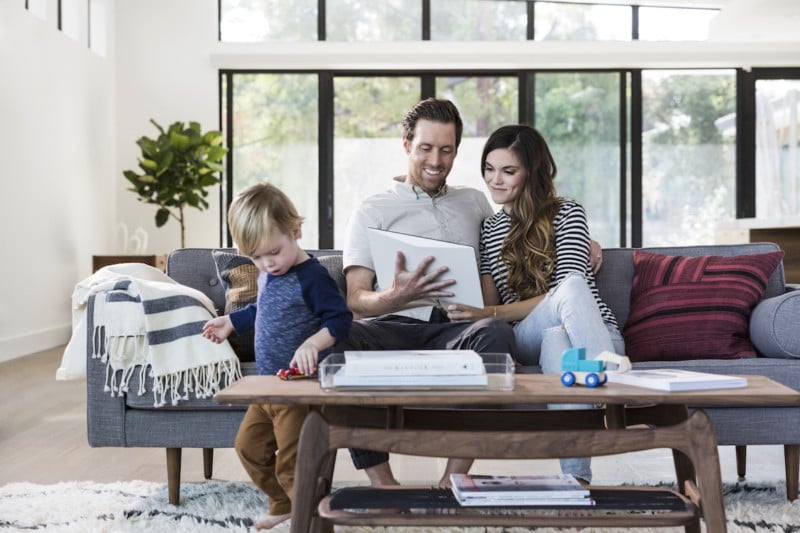 Controlling what goes on your Joy Album and who sees it is done through the dedicated app, charging happens wirelessly on the album’s sleek magnetic stand, and photos shared to your Joy Album are automatically backed up to Joy’s cloud, where you get 10GB of storage for free (upgrade plans are available).

Finally, the album features a special Story Time mode, where you can call a friend (and fellow Joy Album owner) and chat while you screenshare and experience a photo album together. 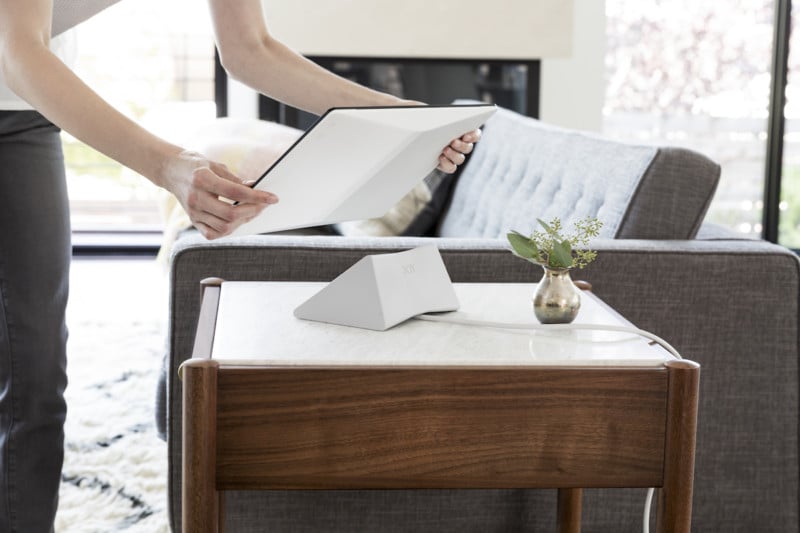 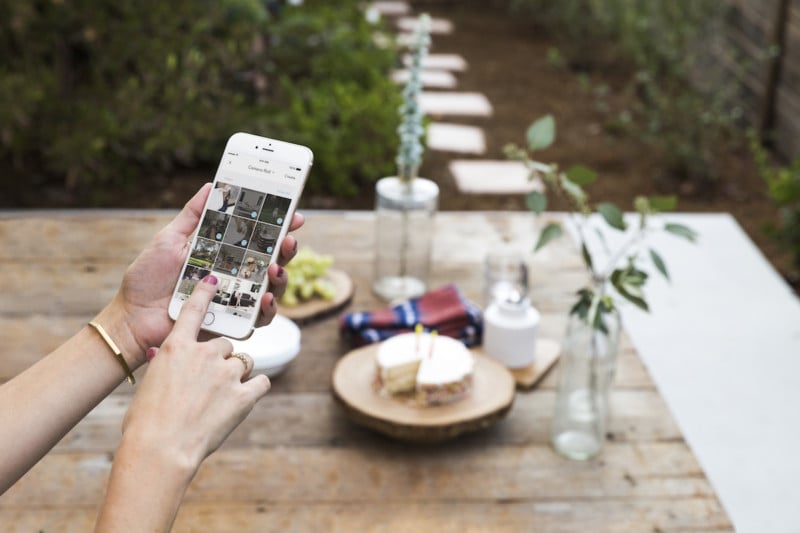 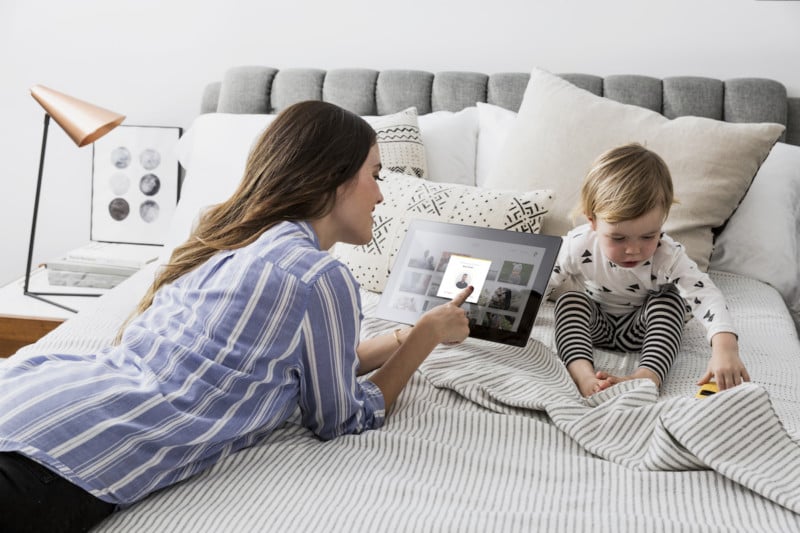 “I’ve been working on consumer photo sharing for almost two decades and I believe Joy is the first
complete solution for family photos,” James Joaquin, co-founder of VC firm Obvious Ventures, part of Joy’s seed round, said in a statement. “As families take more pictures and videos across more devices, Joy comes to the rescue with a seamless combination of software and hardware that makes private photo sharing easy again.”

The question on our minds, and maybe all of yours, is “will it catch on.” The digital photo album faces the same challenge as any product built around collaboration with friends and family, namely: widespread adoption. It’s not enough for you to have one at home—at that point it’s just a powerful digital photo frame or a weak tablet. You need friends and family members to participate in the curation so you can experience the interactive piece of the Joy Album puzzle.

Joy is hoping its debut product will disrupt online photo printing (a $2 billion industry), photo frames ($900 million industry), and personal cloud storage ($80 billion industry). Whether or not they succeed depends entirely on the level of interest they can generate for their take on the Photo Album 2.0. 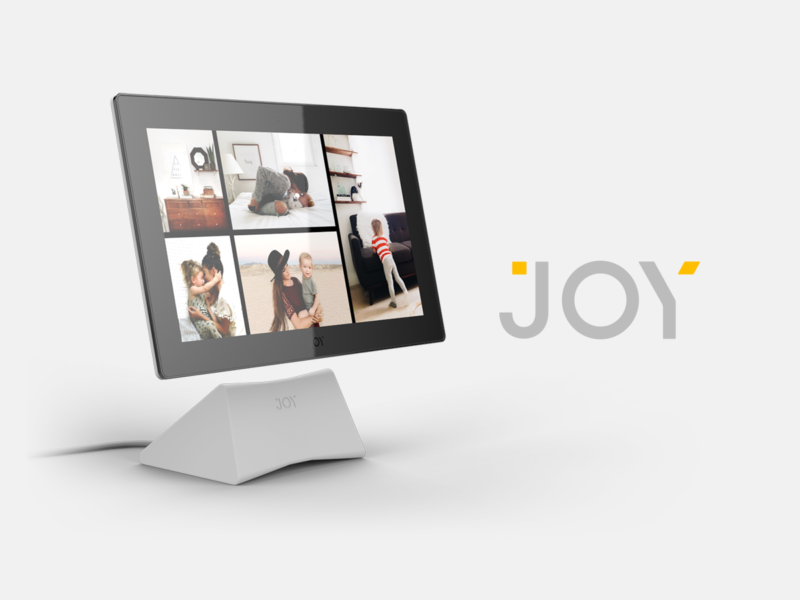 The Joy Album will officially launch in Summer of 2017 at $500 a pop, but you can reserve yours starting today for the special limited time announcement price of just $300. To learn more or if you’d like to pre-order one, head over to the Joy website.

Correction: The original version of this article claimed that friends needed their own Joy Album to see your photos or share their own to your Joy Album, this was incorrect. The text has been revised to address this mistake.

Image credits: All photos provided by Joy Inc. and used with permission.

I Shot an Entire NFL Game with an iPhone 7