Chris Hughes’ recent trip to Cuba was supposed to be yet another fun travel experience where he could see the local culture and capture some cool drone footage. But thanks to that drone, he instead spent 13 days in solitary confinement in a Cuban jail.

Hughes is a small business owner and drone hobbyist from Toronto—in other words: a harmless tourists. This also isn’t his first trip to Havana, he’s a seasoned traveler. But it seems all that stands between a harmless tourist and a dark 7 x 7-foot prison cell in Cuba … is a Phantom drone. 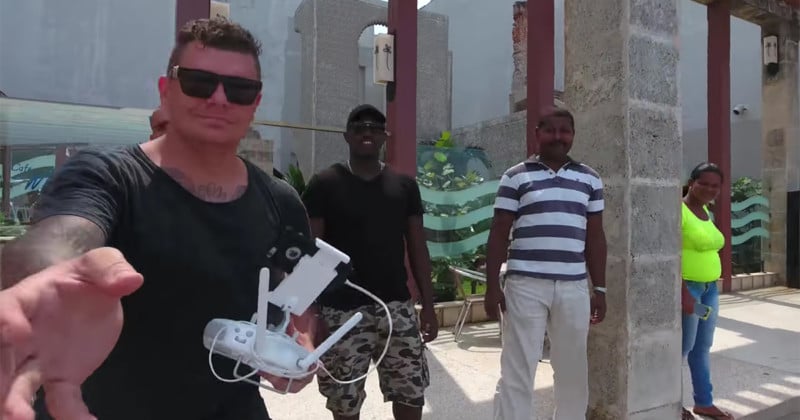 “While flying a recreational DJI drone, I was detained by Cuban military officials on suspicion of espionage and terrorist activity,” he tells PetaPixel. “No one spoke English, and from the few words I could understand, I was facing life in prison if I was found guilty of my alleged ‘crimes.'”

All of his belongings were taken away, he was given “2 bedsheets, a pillowcase, a towel, and half a bar of soap,” and sent to a dark, tiny cell with only a cot and a drainage hole for a toilet. Things didn’t get better from there.

“I was given a cup of ‘Cuban water’ three times a day and stale bread with white rice and sometimes a piece of chicken,” he told us. “I wasn’t allowed out of my cell for activity, and was never updated on my situation or told whether or not I was ever leaving.”

You can imagine his horror. He was allowed no phone call, and as the days dragged on he assumed his friends and family thought he had died. It wasn’t until his 11th day of isolation that he was pulled out of his cell and discovered that his family had been working to get him out.

“I was brought into a little room where the police, military, and immigration officers surrounded me and told me I was found innocent and would face no charges,” Hughes tells PetaPixel. “I don’t know how my wife found out that I was initially being held, but she alerted the Canadian Consultant (on the 4th day) who negotiated for my release over the last week.” 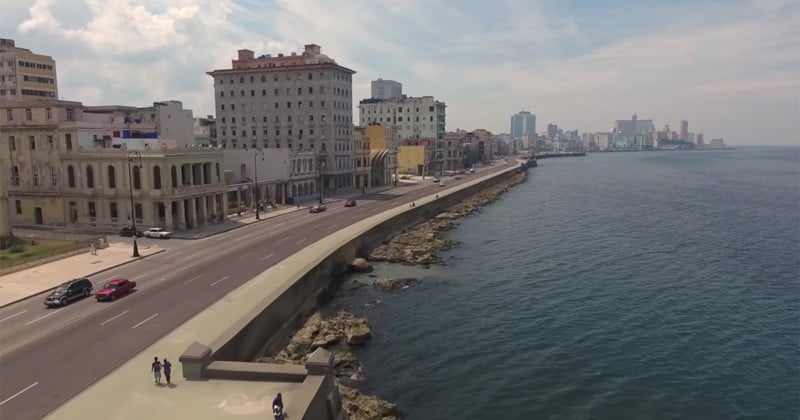 In all, he spent 13 “long dark days in a Cuban Immigration prison” before being escorted by police onto a 5am Air Canada flight out of Havana on Thursday morning.

Perhaps surprisingly, the reason he reached out to us wasn’t out of some vendetta. “Despite my experience in the country, I have no hard feelings,” he told us. In fact, he plans to go back some day. He simply wants to warn other tourists and photographers of the dangers of flying a drone in Cuba.

“Although there were no warnings, signage at airport, or any laws that I was aware of,” he says, “I would still like to warn Tourists of the implications of bringing drones or unauthorized devices to Cuba.”

You can see the footage (deemed “not criminal” by the Cuban authorities) he was arrested for and hear the story from the man himself in the video at the top.

Instagram is Now On Windows 10, Lets You Upload from Your PC… Sort Of

This Free Software Can Upscale and Enlarge Photos Better than Photoshop