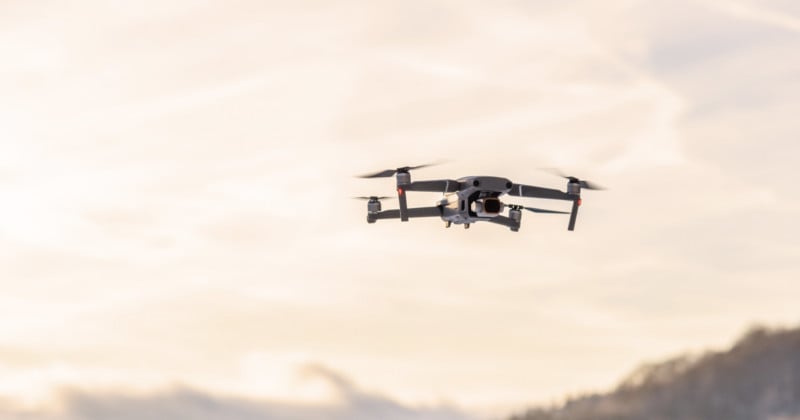 A French tourist was arrested last year in Iran for flying a drone and taking aerial photos near the Iran-Turkmenistan border. He has been sentenced to eight years in prison under espionage charges.

Benjamin Brière, 36, was arrested in May of 2020 while on vacation in Iran. He was flying a drone in order to take photos of the area when he was taken into custody under espionage charges.

According to the French foreign ministry, Brière — who has dual citizenship in France and Iran but does not have an Iranian passport — was not provided a fair trial nor impartial judges, and call his conviction “unacceptable” and with “no basis in fact,” the BBC reports.

Brière’s Paris-based lawyer, Philippe Valent, says that his client has grown “more and more weak” in recent months, due mainly to a hunger strike he began last December. He had been tried behind closed doors in the Revolutionary Court in the city of Mashhad and had not been allowed access to the full set of the charges that were being brought against him. He had been jailed for an additional eight months for propaganda against the Iranian Islamic system.

“This verdict is the result of a purely political process and… devoid of any basis,” Valent says.

This is not the first time a traveling photographer has been jailed in a foreign country for flying a drone. In 2016, a Canadian tourist was arrested in Cuba under similar charges.

The Times of Israel reports that Brière is one of more than a dozen Western citizens currently held in Iran. Activists say that these prisoners are no more than glorified hostages that are innocent of any actual crime and are being used to extract concessions from Western nations. Two other prisoners are also engaged in a hunger strike, one British and the other Austrian. The former, Anoosheh Ashoori, has been held in Iran for the last four and a half years while the latter, Kamran Ghaderi, has been imprisoned for more than six. Both started refusing food last week.

Iran has been in talks regarding its nuclear program since late last year and the United States is prepared to hold direct talks with the nation as the negotiations reach a critical stage. Some argue Iran is leveraging its prisoners in these talks, including Brière’s lawyer.

“It is not tolerable that Benjamin Brière is being held a hostage to negotiations by a regime which keeps a French citizen arbitrarily detained merely to use him as currency in an exchange,” Valent says.

Iran says that all of the foreign prisoners it holds are tried in line with its laws, but also has expressed that it is ready to exchange prisoners on multiple occasions.