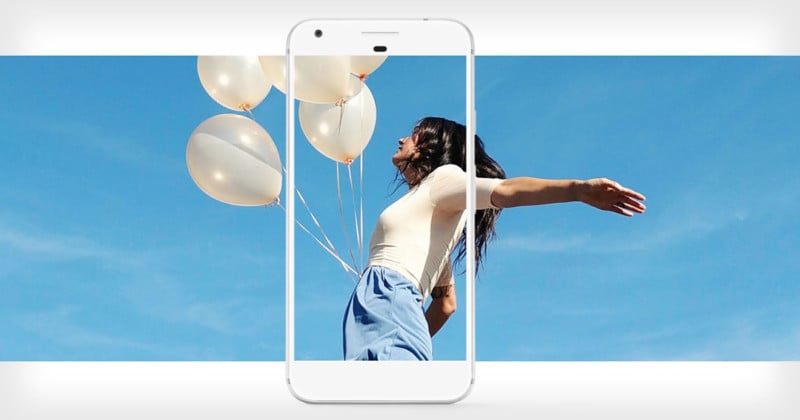 When Google announced its Pixel smartphone last week and boasted about its “best smartphone camera ever,” there was one notable thing it lacked compared to the iPhone: optical image stabilization. Instead of physically stabilizing shots, the Pixel uses readings from the phone’s built-in gyroscope to compensate for shake.

Google has since shed some light on why it decided to go with electronic image stabilization (EIS) instead of optical (OIS). Over in the Pixel User Community forums, a user named Jake Crystal asked for an explanation about the choice.

EIS and OIS have very different goals, so you can’t compare them to ask which is better/worse. OIS primarily improves low light photography by physically compensating for hand shake within each single frame, and EIS improves shaky video by maintaining a consistent framing between multiple video frames. OIS is primarily for photo, and EIS is only for video.

Where OIS helps is still low-light photos. It compensates for hand shake, allowing longer exposures in low light, but this in turn increases motion blur within the frame. And it comes with all kinds of tradeoffs, starting off with its physical size (meaning it would be harder to produce the slim/small device that Pixel is).

And despite lacking OIS, Pixel is still very strong in still low-light photos, beating other cameras that do have OIS modules. That’s a testament to its world-class software algorithms, notably HDR+. And with software algorithms instead of OIS hardware, Pixel can get better and better over time.

At the end of the day, Pixel takes some of the best low-light photos you’ll find on any smartphone, even without OIS. And that’s what really matters — better pictures, not how Pixel does it.

Here’s a video from the Pixel’s unveiling showing non-stabilized and stabilized footage from the Google Pixel side-by-side:

Interestingly enough, the new iPhone 7 and iPhone 7 Plus can do optical image stabilization for both photos and video.

(via Pixel User Community via SlashGear)

GoPro Solves Mystery of How Kid Lost His Dad’s $1,000 DSLR

These Tins Are Replicas of the Vintage Leica M3 Rangefinder