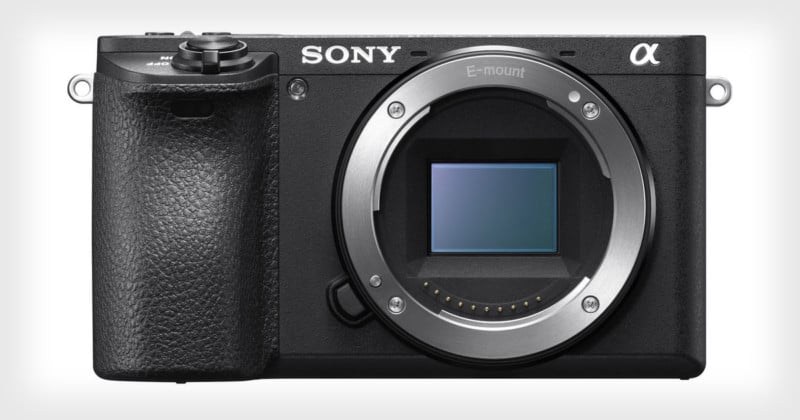 Sony just introduced its new a6500 camera, the company’s flagship APS-C mirrorless camera with the world’s fastest AF speed and highest number of AF points among cameras of its category.

The a6500 sits above the Sony a6300, which was also touted as having the fastest AF and most AF points when it was unveiled back in February 2016. Both cameras use the same 4D FOCUS system that use 425 phase detection AF points over nearly the entire image area to lock onto subjects in as little as 0.05 seconds — both specs set new standards for interchangeable lens cameras. 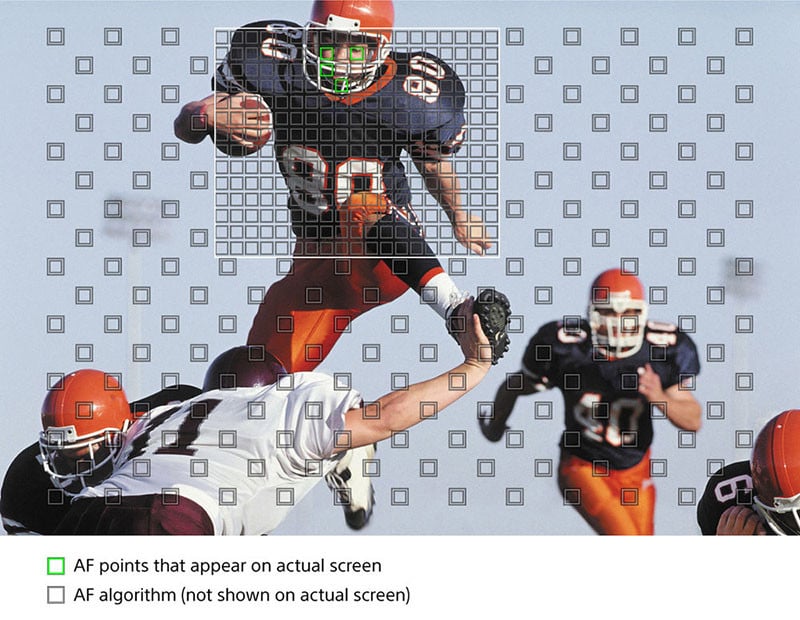 The a6500 has a continuous shooting speed of 11fps, as well as continuous AF and exposure tracking speeds of 8fps when shooting in live-view mode (which “makes it easy to track fast-moving subjects, as it combines all of the benefits of an electronic viewfinder with the immediacy of an optical viewfinder,” Sony says). The expanded buffer allows the camera to shoot up to 307 frames in a row.

These speed and storage benefits are thanks to a new front-end LSI chip, which also helps to improve photo and video quality. 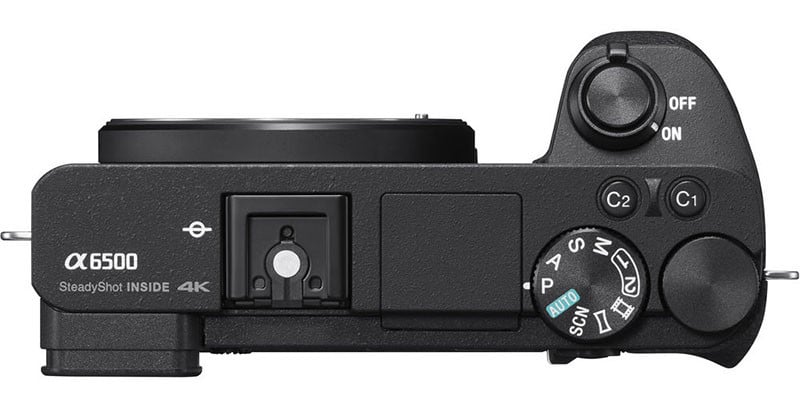 The a6500 is also the first Sony APS-C camera to feature in-camera 5-axis optical image stabilization, which provides a shutter speed benefit of about 5 steps. Sony says it managed to cram the stabilization system into a camera that’s barely bigger than the a6300. 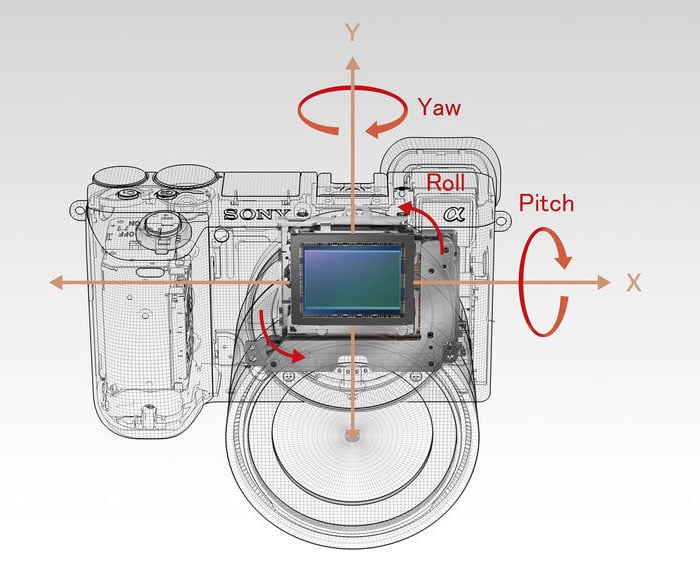 Focusing can be selected on the 3-inch 921.6k-dot tilting touchscreen LCD on the back of the camera. While using the 2.4-million-dot XGA OLED viewfinder for framing and shooting, the LCD screen can be used as a touchpad to shift focus points from one to another — a first for Sony cameras. 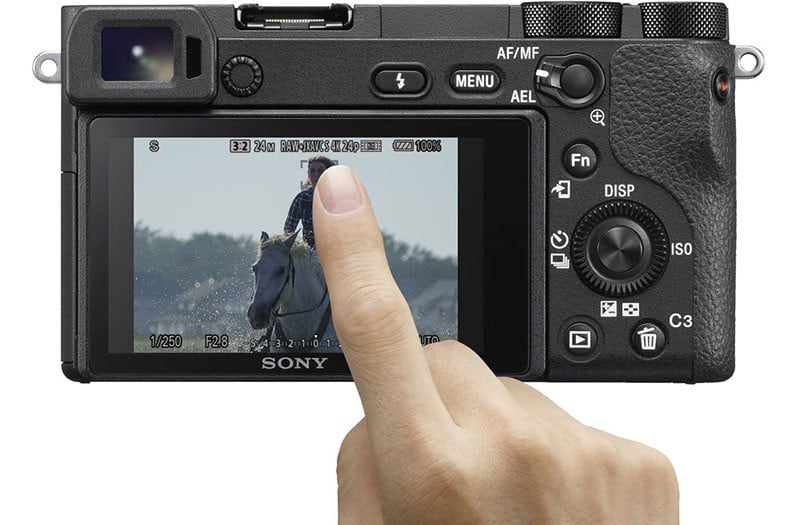 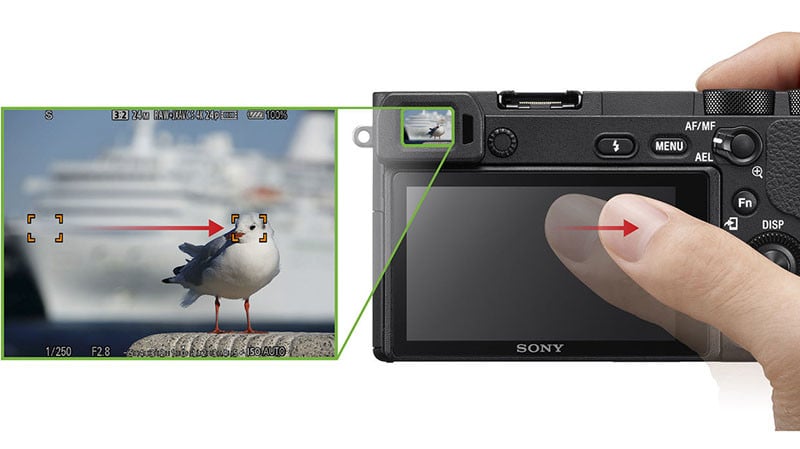 On the video front, the Sony a6500 can shoot 4K video in the Super 35mm format with full pixel readout without pixel binning. Other features include touch focusing during video, adjustable AF transition speed and tracking sensitivity, XAVC S codec, Full HD recording at 100fps up to 100Mbps, a 14-stop dynamic range in S-Log3 gamma recording, S-Gamut for a wider color space, 8MP still extraction from 4K video, and a ‘Slow and Quick’ mode for frame rates of 1fps to 100fps. 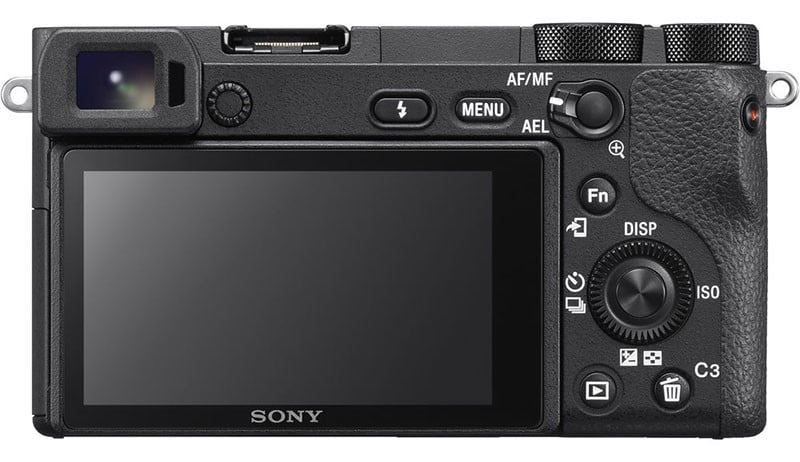 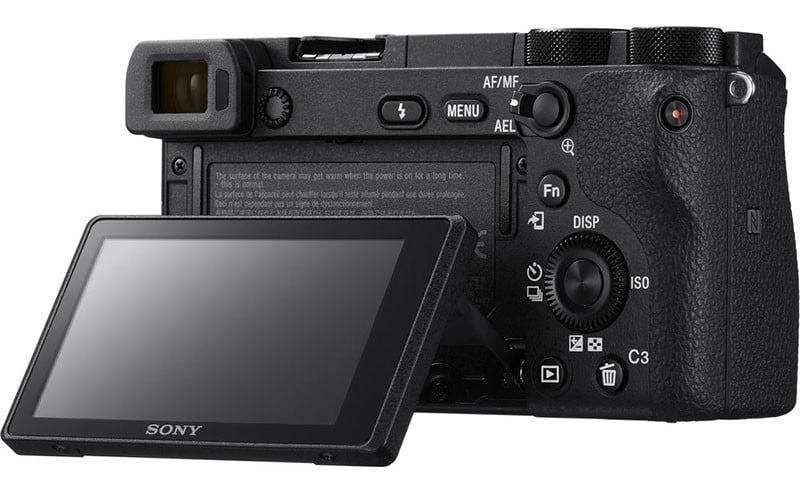