This fascinating short demonstration of a neural network-powered photo editor might offer a small window into the future of Photoshop—a fully automatic future where massive changes are made in a single brush stroke.

The so-called Neural Photo Editor was developed by researchers at the University of Edinburgh, and it uses machine learning to predict and apply the changes you’re intending to make. For example, if you select a bright color and start painting over someone’s hair, it will assume you want to turn them blonde; being using longer brush strokes, and that blonde hair grows longer.

You simply select a color using their “contextual paintbrush” and have at it. The most basic inputs can produce extreme changes. 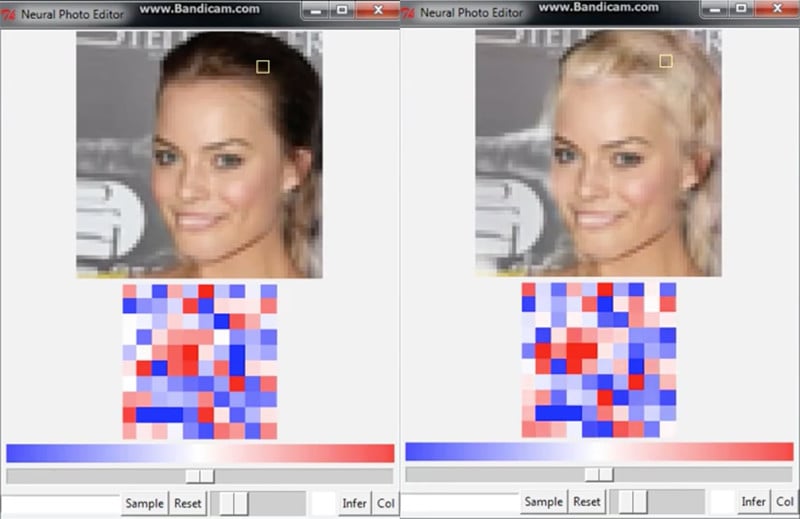 If you want to give the current version a try, you can download the bare bones off of GitHub. Just know that the Neural Photo Editor is still in its very early stages, so you won’t be using it (or anything like it) to edit proper portraits anytime soon. Sometimes it spits out really strange creations, and so far it only works on low res headshots by the looks of the demo.

Still, this could be a peek at the future of Photoshop. An “auto” mode that makes otherwise major retouching tasks as easy as picking a color and painting your “intentions” onto the canvas.

Your Phone Isn’t Uploading HD Photos to Facebook by Default