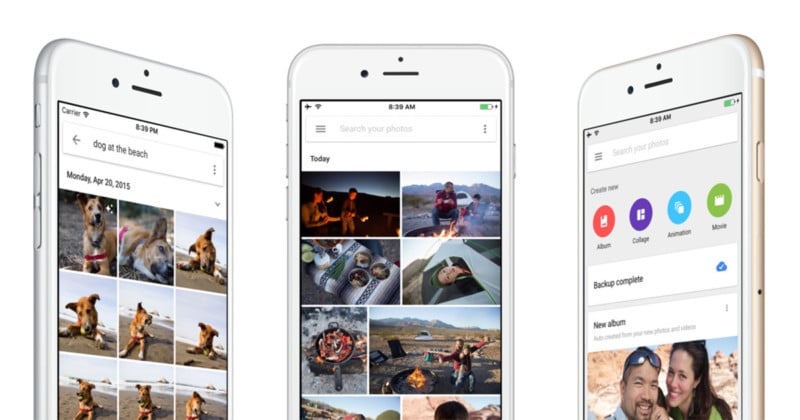 The Google Photos app wants to be a staple… for iOS photographers. Just a month after poking fun at 16GB iPhones and offering Google Photos as a storage solution, the tech giant has updated the app once again. This time, they want to make your iPhone’s ‘Live Photos’ a lot more usable.

The Google Photos 2.0 update turns shaky ‘Live Photos’ into buttery-smooth GIFs or videos, freezing the background, stabilizing the short clips for you, and making them a lot more sharable than the Live Photo file your iPhone creates.

If that sounds like Deja Vu, you’re not going crazy: Google already did this with their MotionStills app back in June. The difference now is that you get the same functionality baked right into the Google Photos app you may already be using for backup and storage.

So shaky live photos turn into smooth, cinematic GIFs like these:

Google isn’t pretending this is a new idea, but they’re excited about it all the same.

In addition to optimizing your Live Photos, Google Photos 2.0 also adds a few other minor features. Namely: the ability to sort photos in albums chronologically or by recently added, and the ability to select a new thumbnail for faces in the People section.

To check it all out for yourself, grab the app from the iTunes store.