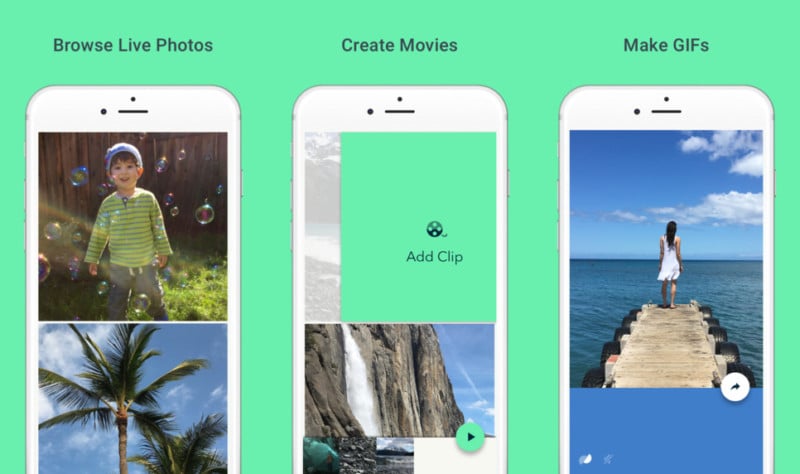 Google just made Apple’s ‘Live Photos’ feature a whole lot more usable. No, that’s not a typo, a new iOS app created by none other than Google just took the neat-but-often-ignored Apple feature to the next level.

In case you forgot, Live Photos is a feature exclusive to the iPhone 6s and 6s+ that creates a special GIF-like file by capturing 1.5 seconds on either side of any photo you take. The result is a sort of “living moment,” but those moments were somewhat difficult to actually share, and are often so shaky they’re plain painful to watch… until now.

But it goes beyond just stabilizing and converting format. The app intelligently selects the best start and stop point for your GIF, tosses out blurry frames, and “separates” the background from the rest of the frame. It gives the converted files a very cinematic, buttery-smooth look that’s reminiscent of cinemagraphs.

Here are a couple of before and after examples that show how Motion Stills totally transforms some incredibly shaky Live Photos:

The reasons why you would want to transform your Live Photos into GIFs or movies should be obvious for anybody who has ever tried to share a Live Photo: too few platforms support the format. Google only started to back in March, and Instagram still doesn’t.

With Motion Stills, you can create a movie and export it directly to Instagram, or create a smooth GIF to share … well … anywhere.

To learn more about the app and find out exactly how Google’s stabilization software works, check out Google’s research blog post. And if you want to snap it up for yourself, you can get it for free on the iTunes App Store.

Rare Unopened Military Leica on eBay for $45,000 with X-Ray as Proof