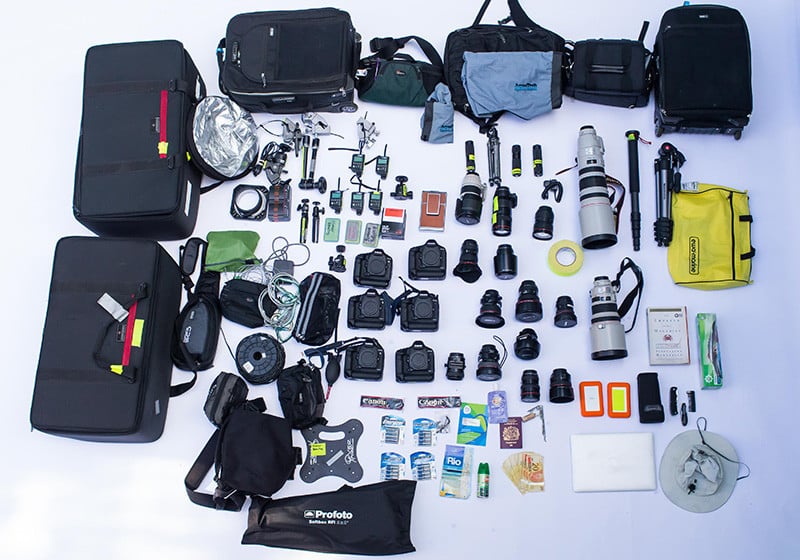 This photo shows what Sports Illustrated photographer Simon Bruty packed for the Rio 2016 Olympic games, the 8th Summer Games he has covered.

Bruty writes at The Photo Brigade that despite having covered so many Olympics, he still finds himself overcomplicating his gear selection due to all the different kinds of ideas he has for shots (e.g. remote triggers, various lights, tilt-shift, and more).

When everything is packed away, this is what Bruty’s gear looks like as it’s being wheeled through the airport: 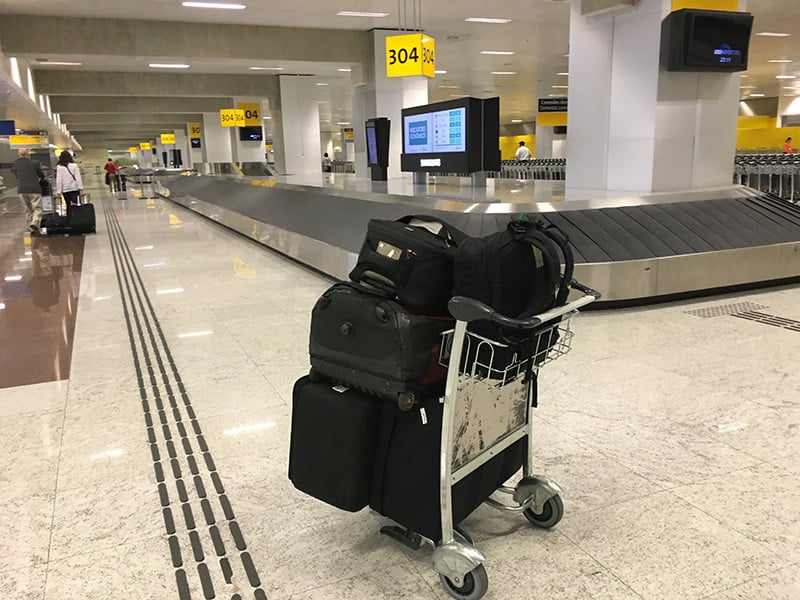 “The actual packing of the equipment is important because you don’t want the gear rattling around in the cases,” Bruty says. “I use Versaflex cases and they are brilliant. Of course, when TSA opens these bags—and they will open them—they tend to mess things up.”

“I am ending up with three bags to check—each one weighing 50 pounds,” he continues. “I will have a Think Tank rolling bag and a Think Tank backpack with me on the plane.”

But it’s not just gear that Bruty needs to prep for covering the Olympics: it takes mental preparation as well. Here 3.5-minute video by The Photo Brigade in which Bruty talks about his preparations:

“The image that I’m most proud of is the one I’m going to take next,” Bruty says.