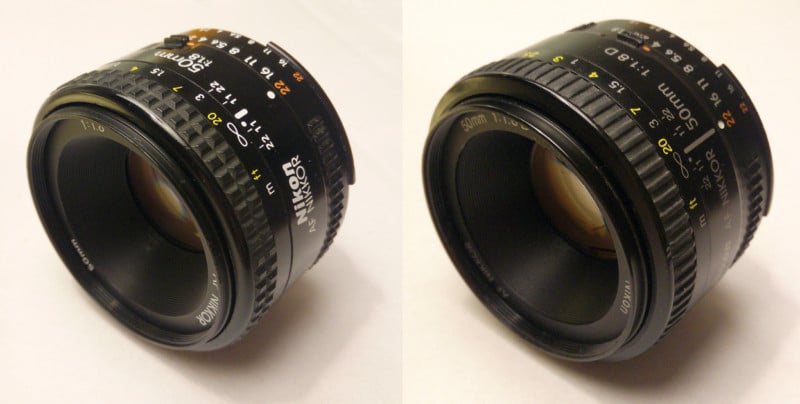 Back in June my poor little Nikkor AF 50mm F1.8D (and attached body) took a tumble off our patio table.

This was the last image I took before it fell to its ‘death’ (SOOC): 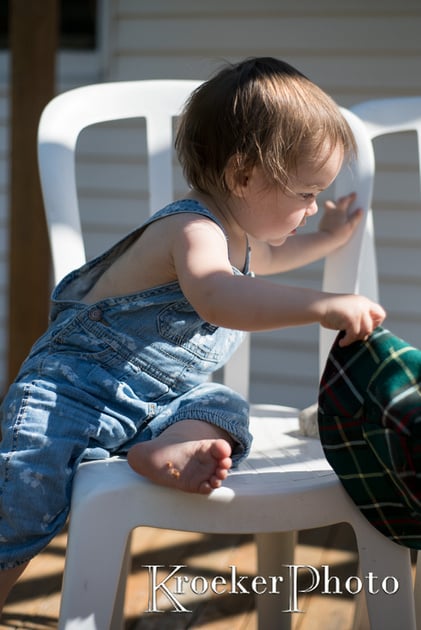 The lens saved the much more expensive body from damage, but jammed the lens assembly at an odd angle against the barrel. Unfortunately, I don’t have a picture of it, because I wasn’t thinking I wanted to document my stupidity at letting my camera fall off a table…

Here is a shot I took just after the fall, when attempting to diagnose how bad the problem was (SOOC): 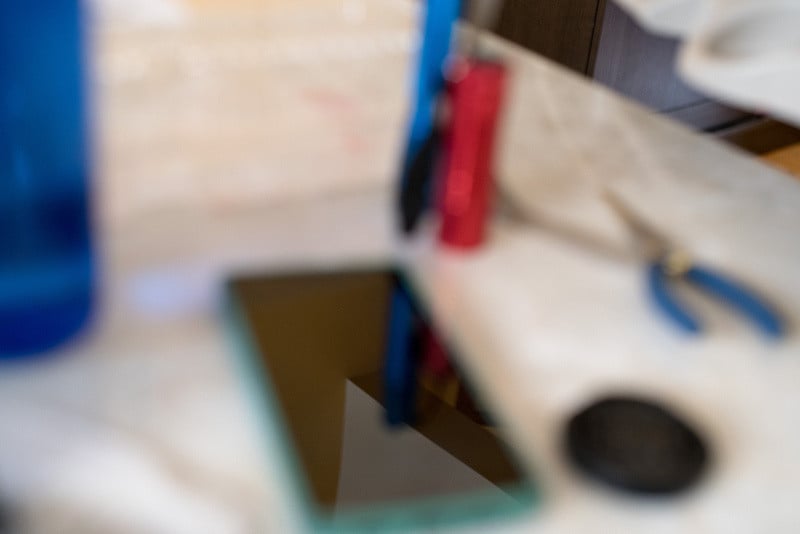 They seemed to be nearly identical, and the replacement worked well enough for me to complete my shoot. But after my second shoot with the lens, I was getting annoyed with the ghosting/flare (although I had some fun playing around with it as an effect). I couldn’t remember that being an issue with my now-broken lens.

Before I purchased the used lens, I had read a number of articles and posts to determine the differences between the older and new (current) version of the lens. The main things I knew were that some coatings had theoretically improved, and the newer version would transmit distance information to the camera body.

The version has been treated with Nikon updated high-grade Nikon Super Integrated Coating which are assumed to deliver outstanding optical performance with superior color reproduction and by minimizing ghosting and flare.

What I had read seemed to indicate that there wouldn’t be too much of a practical difference between the versions, but there were some big differences in image quality. Especially shooting near windows/outside, you start to see lots of ghosting and flares because the coatings from the newer version are missing.

Here’s a shot where I was using the flare ‘artistically’, though the whole frame lacks contrast due to missing lens coatings (SOOC): 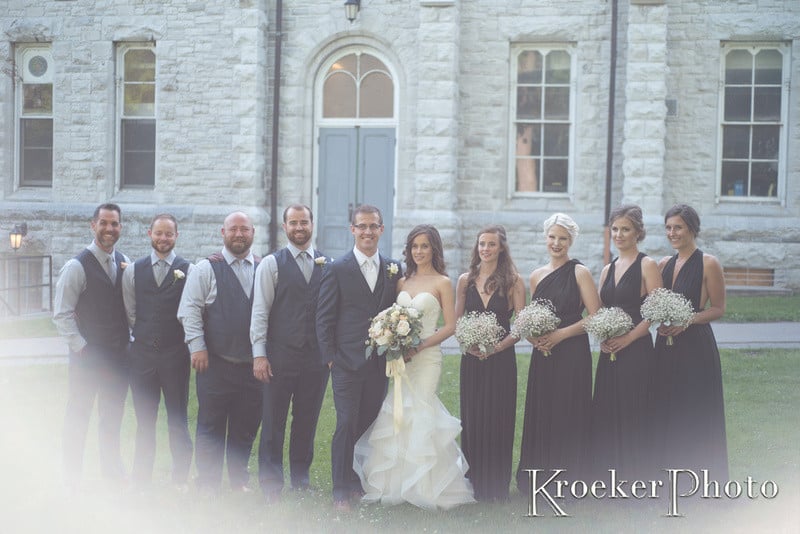 And then here’s an example of what a hot mess it was when shooting straight into the sun (SOOC): 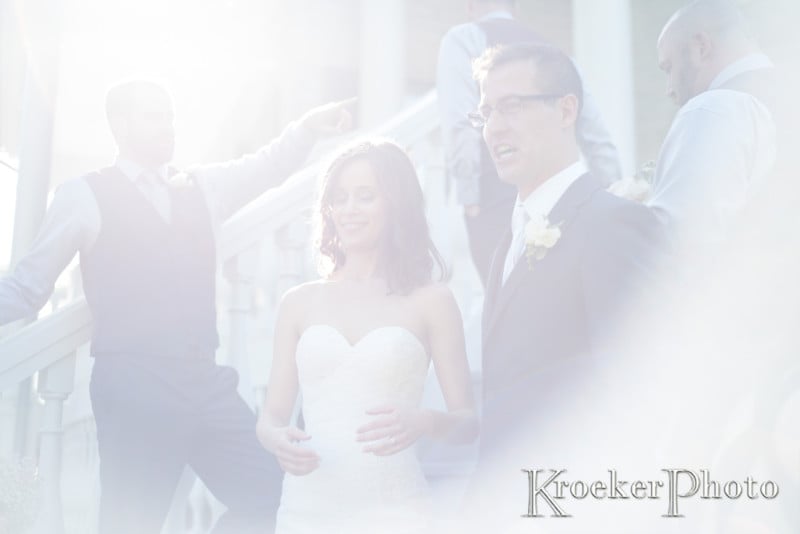 Another minor annoyance was that my D750’s highlight-weighted metering mode wouldn’t work with the older lens (because of the lack of distance information, I guess?). Not a huge deal, but if you’re shooting in Aperture priority mode (or any that uses auto-exposure) with one lens that does work with highlight priority and forget to change the settings back, it’ll result in some blown exposures.

Given these issues, I decided to see if I could get the threads on the broken lens unstuck. Again, I should have taken a picture, but I’ll save everyone the cringeworthy spectacle that was the lens innards sandwiched unceremoniously in my vice, whilst hammering on the aperture & glass module with a flathead-screwdriver-turned-chisel.

I had tried a similar thing, trying to fix it when it first broke, but didn’t have the heart to hit it hard enough to unstick the threads. This time it was a success!

The result was a fully disassembled lens (yes, I was working in the bathroom… it was a bright workspace!):

I had few goals: 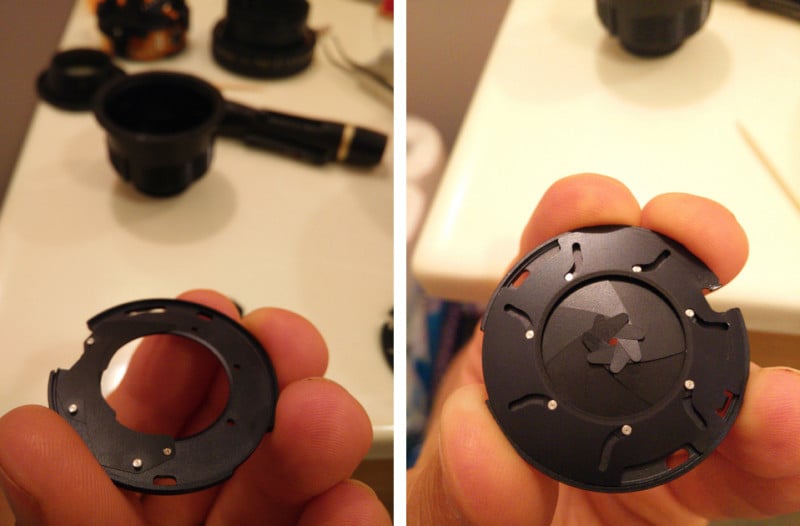 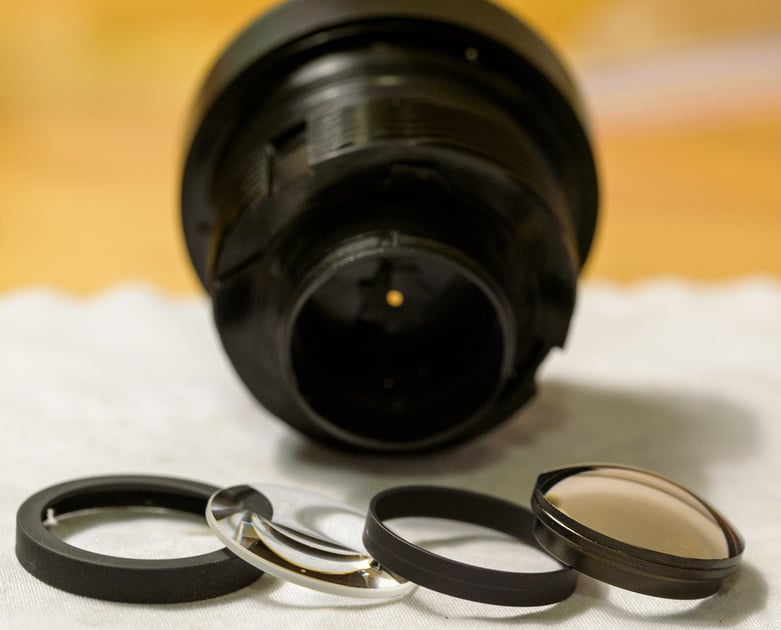 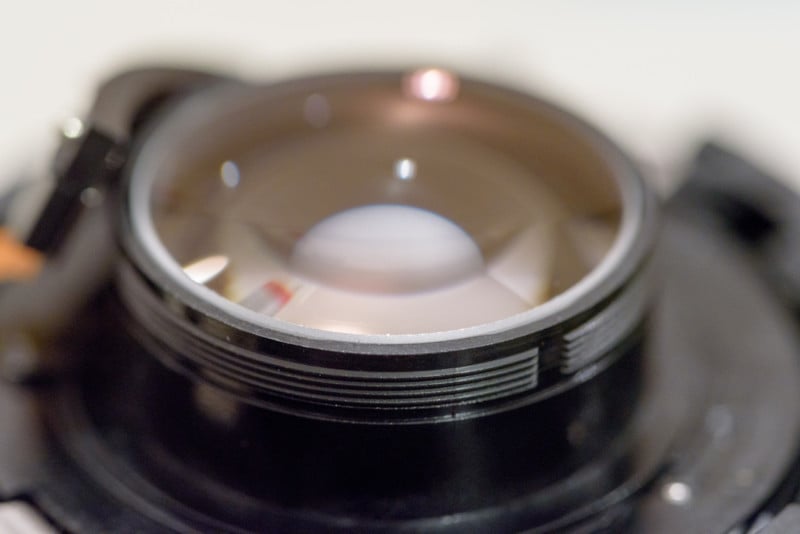 I discovered that the two lens designs were quite different in many ways inside: 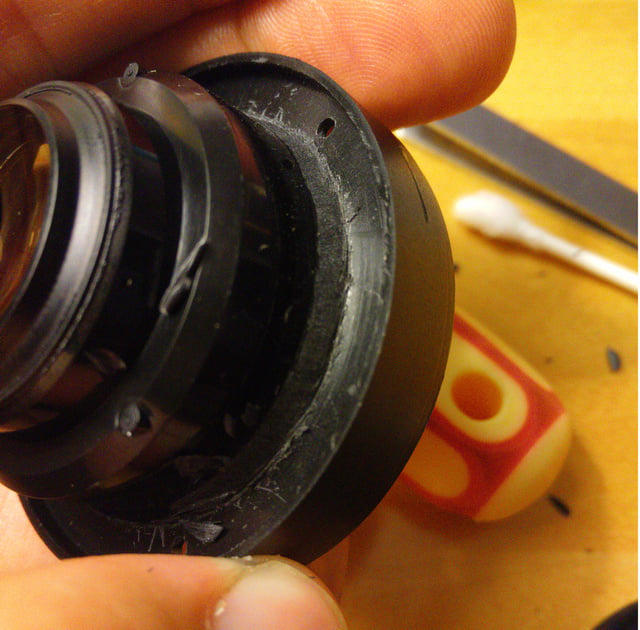 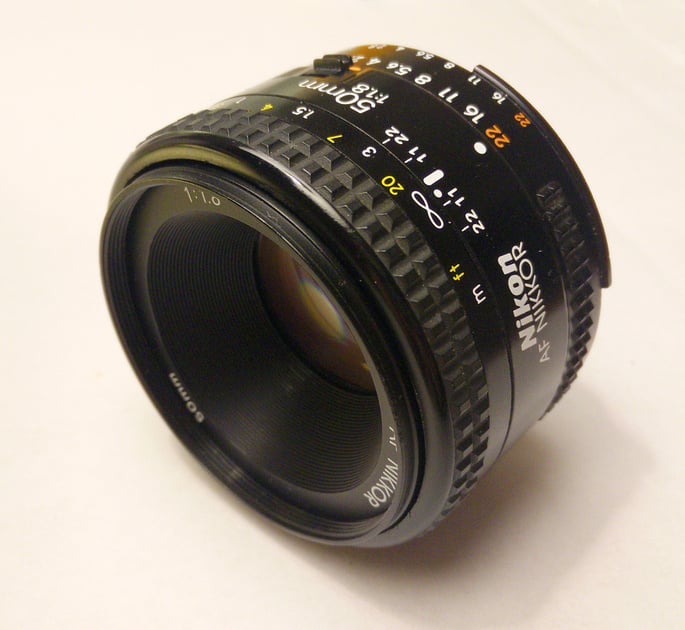 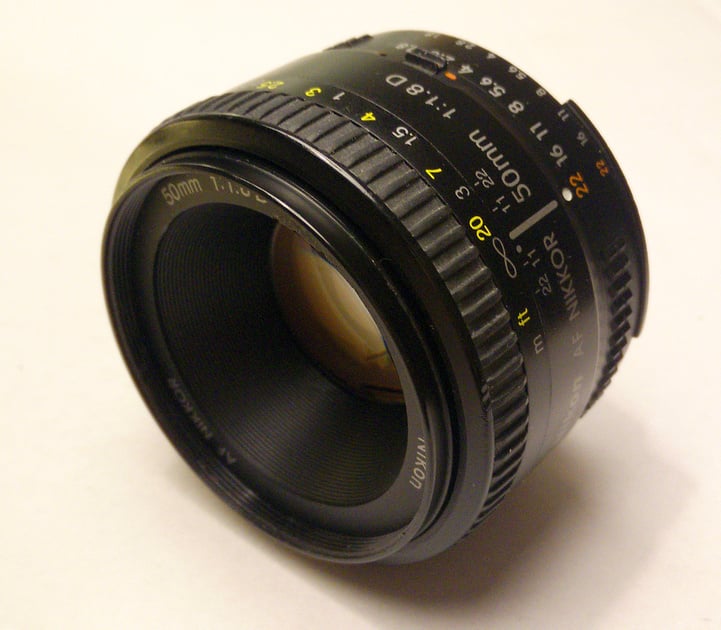 Here are a couple images taken with the used lens with the glass from the broken lens (now called: AF Nikkor 1:1.8 ‘D’): 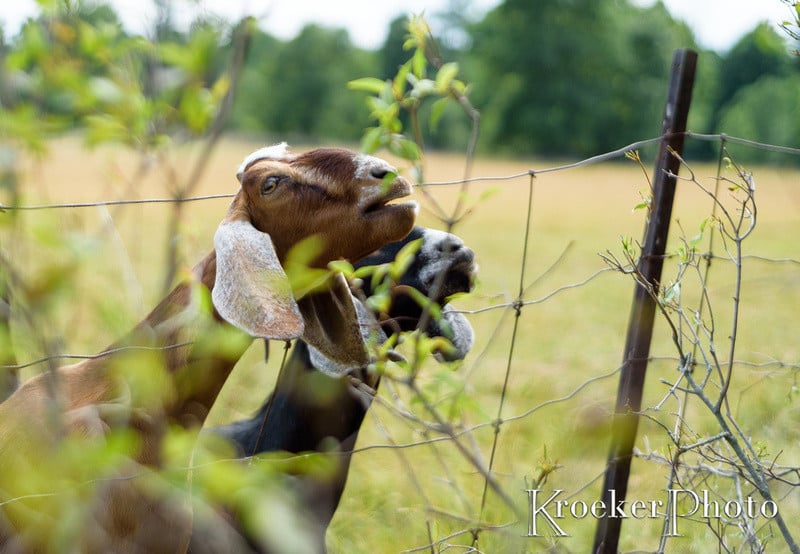 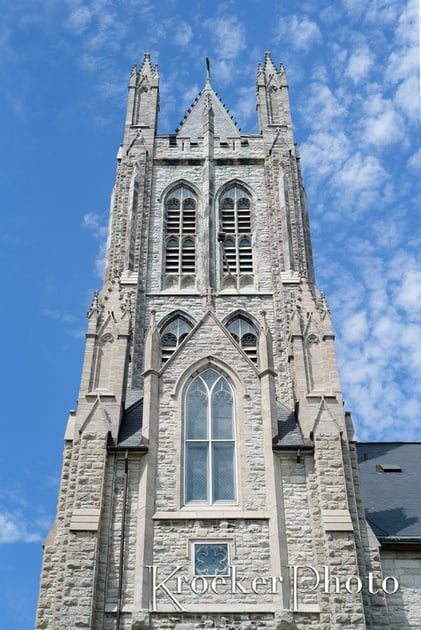 I’m pretty happy with the result, and at least I learned a lot about lens construction, durability, and that I don’t need to baby my equipment quite so much. I hope that this information might be useful to someone thinking about picking up one of these older 50mm lenses.

My recommendation: buy a newer one. At <$200 new there's no reason to have those crazy lens flares (...unless you like that look). 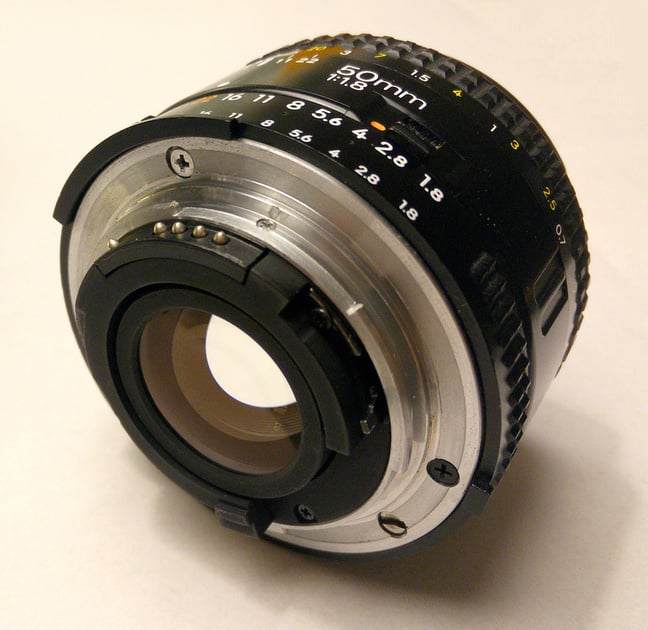 About the author: Luke Kroeker is a Kingston, Ontario-based photographer who shoots everything from nature, to still-life, to landscape, wedding, corporate, and portrait photography. You can find more of his work on his website, or by following him on Facebook and Instagram. This post was also published here.

Ep. 95: If You Back a Candidate Publicly…Do You Kill Your Business? – and more