This video needs very little introduction beyond the headline except to say that yes, it is exactly as cool as it sounds.

For their latest and fastest (or slowest) video yet, YouTube’s famous Slow Mo Guys decided to capture glass (actually, Pyrex) shattering at an incredible 343.9Kfps—that’s over 13,000 times slower than the human eye can see. They start at 28,546fps at 720p, and go from there… and if you think the first shot is impressive just you wait until the end of the video.

To give you an idea of just how slow things get, the total amount of time they captured 343.9Kfps was just 5.1 seconds, and that turned into a whopping 19.5 hours of footage! 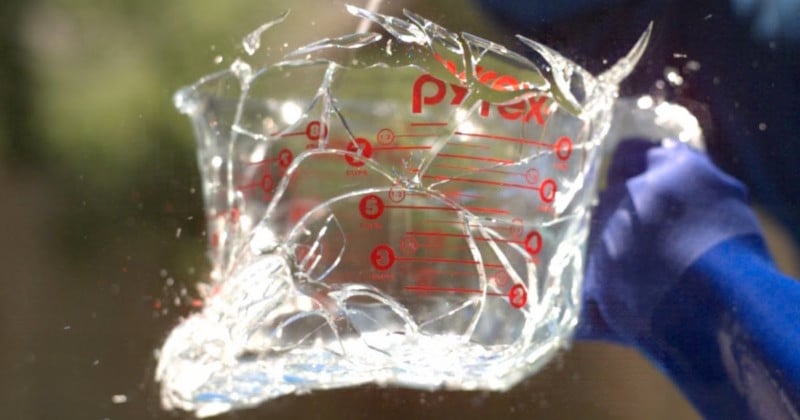 All of the footage was captured with a Vision Research Phantom V2511, a camera that, when it was released in 2014, started at a price tag of $150,000. I guess that’s what it takes to capture insane footage like this.

Watch the video for yourself and let us know what you think in the comments.