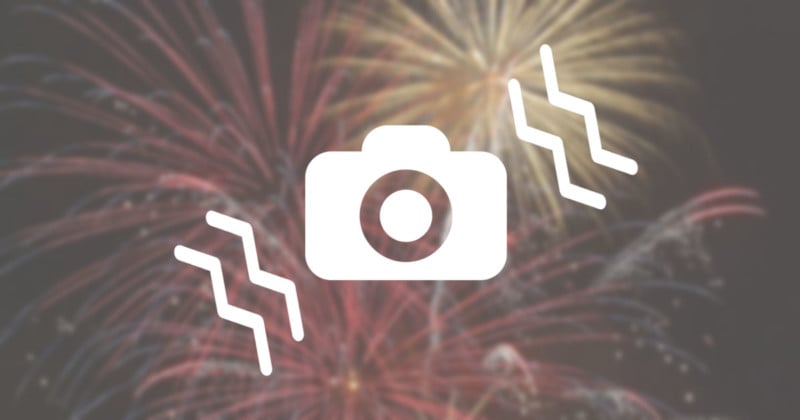 My name is Adam van Alderwerelt, and I’m an amateur photographer living in Maui, Hawaii. Out here, there’s only one location on the whole island that gets a permit from the local government to use aerial fireworks. Otherwise, it’s completely illegal.


I had spent the better part of the evening taking photographs of the Maui Community Band, situated near the wharf, and assumed I would miss out on the good spots to stand and get some clear fireworks shots. There are a lot of trees in this area, making visibility limited if you’re not right on the edge by the water.

As the clock approached 8 PM, time for the show to start, I moved closer to the shoreline and began scouting out gaps where I could squeeze in and get some shots. With only 2 minutes to spare, and me so far disappointed, it started pouring rain. The town I’m in tonight, Lahaina, is known to be a very dry climate. Rain in July was unexpected and I didn’t have anything to protect my camera, so I took my shirt off and held it over my camera and tripod to keep them dry.

Luckily for me, that was also the cue for the less dedicated people to run for cover, and the entire shore opened up with great new spots where I could get an unobstructed view of the fireworks show. I set my camera to ISO 100, f/7.1, and started off with 6 second exposures, playing around a little with the settings over the next half hour of fireworks.

Nature gave me a break when, just as the first fireworks went up into the air, the rain suddenly stopped and stayed away for the remainder of the night.

As the show approached its final moments, I was growing bored with the same old shots when I remembered a photo shared online perhaps over a year ago by now, when someone had taken a photo with their smartphone at the exact moment that a notification has unintentionally caused the device to vibrate. The resulting distortion in the photo fascinated me and as I remembered that shot I was struck by inspiration.

I cranked the neck up and out of my tripod an extra 18 inches to reduce the stability, slightly unscrewed it, and began strumming the top of my tripod hard with my fingers as I held the shutter open. The resulting photo looked like an incredible neon silly string bomb had exploded over the ocean. This photo is what I got: 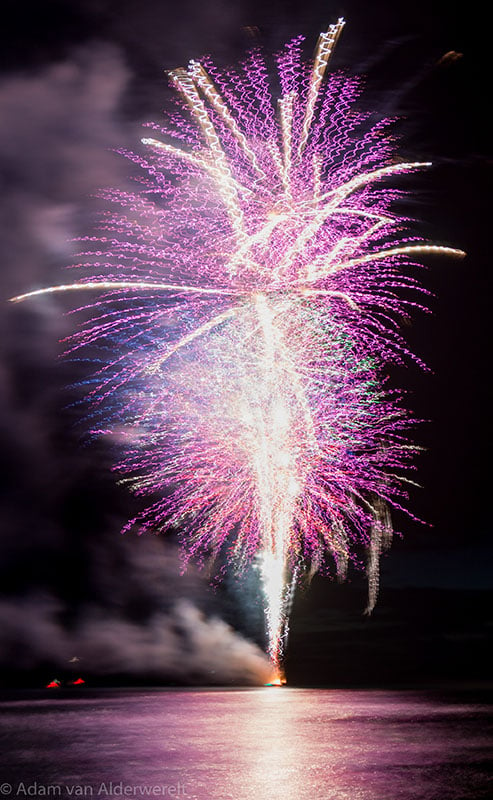 This technique could probably be reproduced without a tripod, but I think the next step for me, or anyone else who has an opportunity to experiment like this, is to download a vibration app for their phone and hold it against their camera while the shutter is open. That’s gonna be my plan when I’m shooting fireworks on New Years. Aloha!

About the author: Adam van Alderwerelt was born and raised in Maui, Hawaii. He’s an amateur photographer who primarily enjoys nature photography. You can see more of his work on his Instagram.