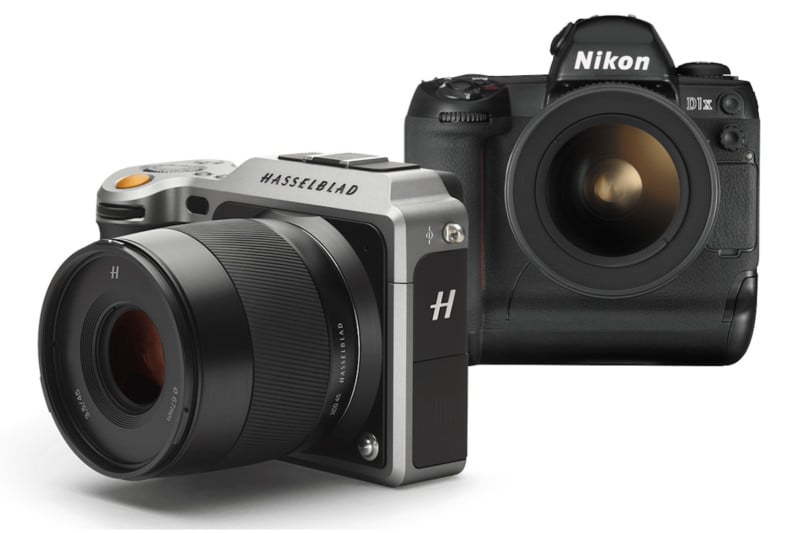 “D” is digital. “X” is cool and mysterious. And “1” is, well, number one. Since the introduction of the Nikon D1x, camera manufacturers have been riffing on these three letters. Canon has their 1D X, and most recently Hasselblad introduced the X1D. But how do all these cameras compare?

Before you roll your eyes at what seems like a non-sensical comparison, read until the end! 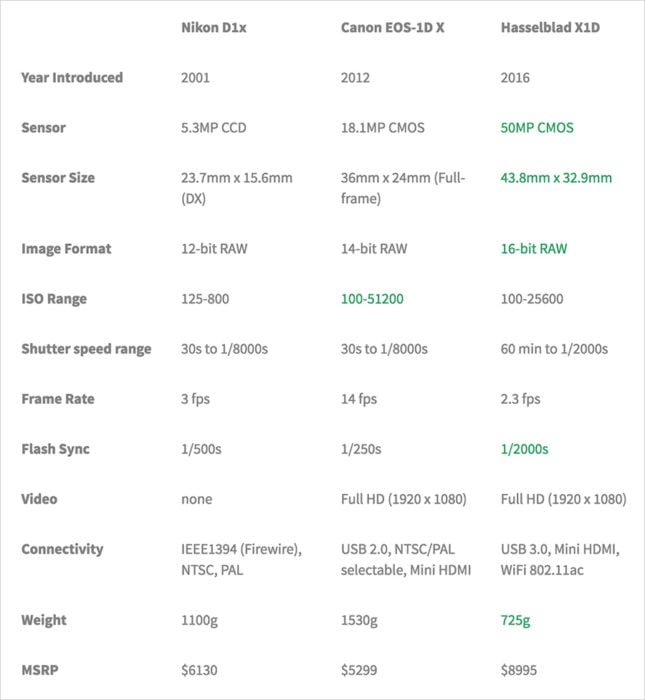 Even with this silly comparison, we can see some interesting trends. Sensor size, density, and sensitivity have dramatically improved. Beyond that we see some real specialization start to emerge. The Canon 1D X is decidedly a sports/photojournalism camera which is now in its second incarnation (the 1D X Mark II), and features 4K video and better sensor sensitivity. The Hasselblad, by contrast, is breaking ground as a mirrorless medium format camera, predictably concerning itself with image fidelity.

But most surprising is the relatively narrow band of pricing for the cameras.

You might be surprised to find that 2016’s $8995 Hasselblad is nearly identical in price to 2001’s Nikon adjusted for inflation ($8315). In other words, you’re getting a hell of a lot more camera for nearly the same price. This doesn’t make either camera “cheap” in absolute terms, but today’s sticker shock over a $9k camera might be a little misplaced.

Here’s How Much Photoshop Hotkeys Can Speed Up Your Workflow