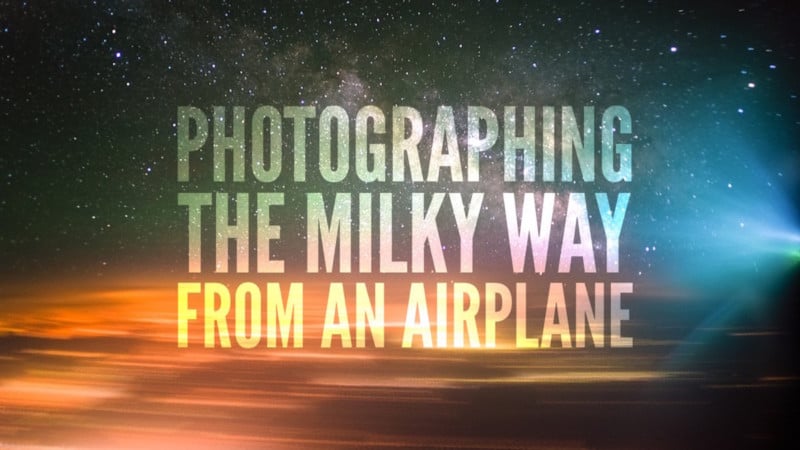 In this video tutorial, I walk through my method of capturing and processing a photograph of the Milky Way from the window of an airplane.

While on a commercial airline flight, my girlfriend Diana and I made some attempts at photographing the Milky Way from the window. After some trial and error, we managed to make a few decent exposures which eventually became the base exposures for a processing method similar to the noise reduction stacking technique that I typically use for most of my (ground-based) astrophotography.

I’ve seen a few photos of the Milky Way from an airliner made by other photographer, but I never really thought it something that I’d have the opportunity to try. There are a lot of conditions that need to be right for it to be possible. If you’re ever in the right situation to try it, maybe the method I used here can help you make some interesting photos.

Check out the video tutorial below for the complete walk through of the problems we encountered while exposing and how we overcame them with post-processing in Adobe Lightroom, After Effects, and Photoshop.

On our flight, we made a bunch of attempts at capturing the night sky outside the window, After using the processing steps in the video tutorial, we came up with some pretty fun results that included some short time-lapse clips in addition to some final noise reduced exposure stacks.

Most of the photos still suffered a bit from alignment problems so the final photos weren’t quite aberration free to say the least. But overall, I really enjoyed the surreal look of the results. 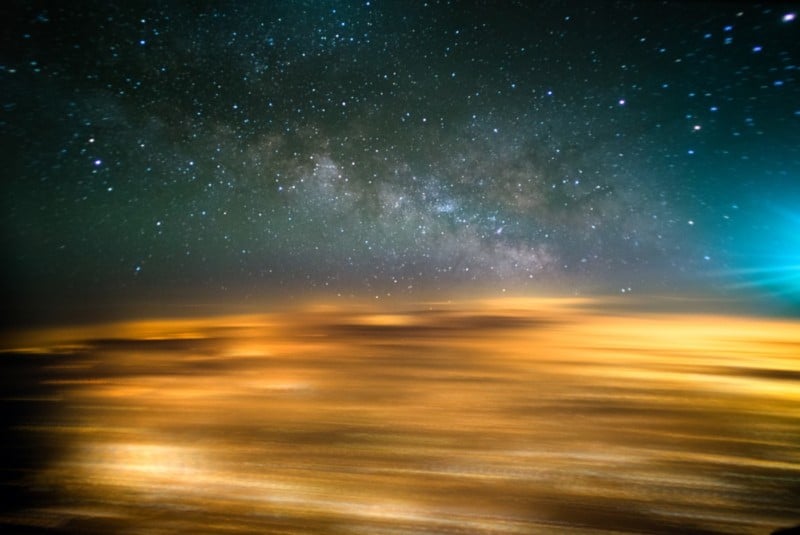 On this particular flight, we were flying over Italy, Croatia, and Slovenia (our travel itinerary) and there was a wide variation in the amount of light pollution present. Most of the areas we flew over did not include huge cities, these are the lights from more suburban and rural towns. I imagine a light over a large metropolitan area would increase the difficulty of the whole operation.

The idea for using an airplane for astronomy is not a new one. In fact, NASA and the DLR actually have an aircraft based telescope called SOFIA, the Stratospheric Observatory for Infrared Astronomy (sofia.usra.edu).

SOFIA is a 2.5m telescope mounted in a highly modified Boeing 747. I’m sure that the hardware on SOFIA is a little more attune to doing such an operation but I’m pretty happy with our results. 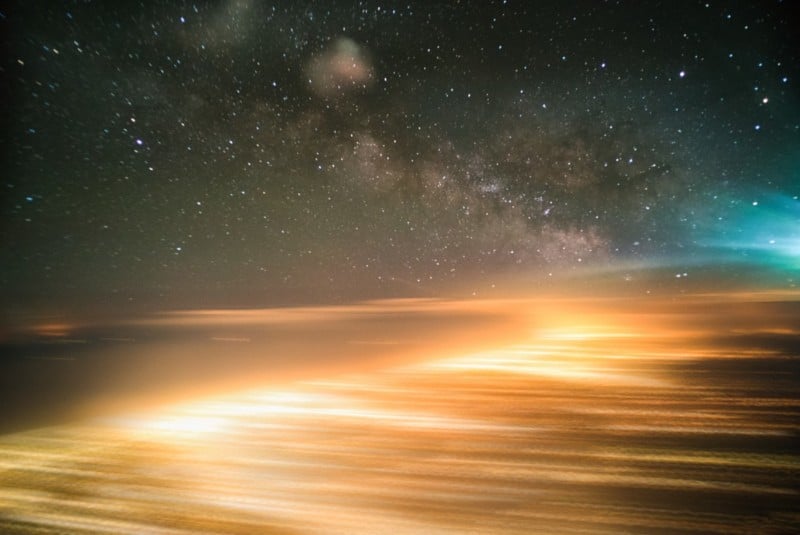 While an aircraft is perhaps not the simplest platform upon which to attempt amateur astrophotography, it turned out to be a pretty fun project.

There are a number of factors that are likely out of the photographer’s control when it comes to most commercial air travel. Things like turbulence, the exact time of the flight, what part of the plane you’re seated on, weather, and the direction of the flight will all affect the success of the photos. Even so, if you find yourself with a friend, seated near a window, on night flight, maybe take the opportunity to try it out.

I hope you enjoyed the video, if you have any questions about the process, feel free to chime in on the comments.

About the author: Ian Norman is the co-founder and creator of The Photon Collective and Lonely Speck. Ian is a full time traveler, photographer and entrepreneur. In February 2013, he called it quits on his 9-to-5 to pursue a lifestyle of photography. Follow Ian’s photography adventures on Instagram. This article was also published here.