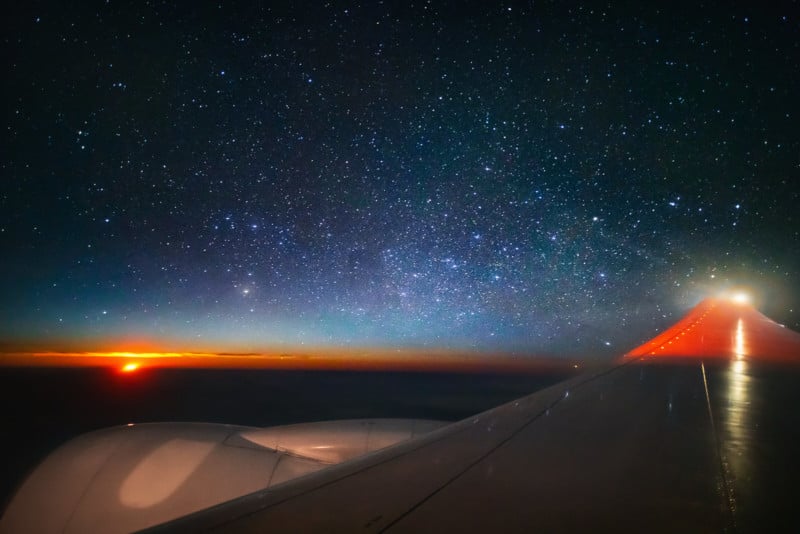 A couple of weeks ago I was blessed with a sight that truly left me in a state of awe. Shortly after leveling off onboard United 534 from Honolulu to Los Angeles, I tried my luck with some astrophotography over the crisp Pacific Ocean skies.

Having had some experience with these types of images in the past, I frantically began setting up. I mounted onto my window a LensSkirt lens hood (basically a black cover that blocks out reflections) and began taking a series of images. Unfortunately for me, the Boeing 777 was going through a light area of turbulence, and my images were blurry and revealing some cabin reflections. I packed up my stuff and opted to get some rest, but without success…

About 10 min later, the flight conditions had improved, so I setup up the hood again and mounted my Sigma 20mm f/1.4 Art lens onto my Canon 5D Mark IV.

At this point, I began experimenting with exposures between 2-10 seconds (handheld with the lens glued against the window). Despite practically none of the captures being useable (to my standards), I was amazed as to how clear the galaxy was in this part of the world. I continued my efforts and stuffed the complimentary blanket between the small cracks of my hood as to further minimize cabin reflections.

Suddenly, at around 22:00 PST, I started seeing a light glow off the left of the horizon. Confused as to whether the sun was rising or not, I kept on shooting the incredible sight I was witnessing. It suddenly occurred to me that I was viewing a moonrise. In this instant, my determination rose immensely in hopes of capturing something that could eventually be shared with the world. 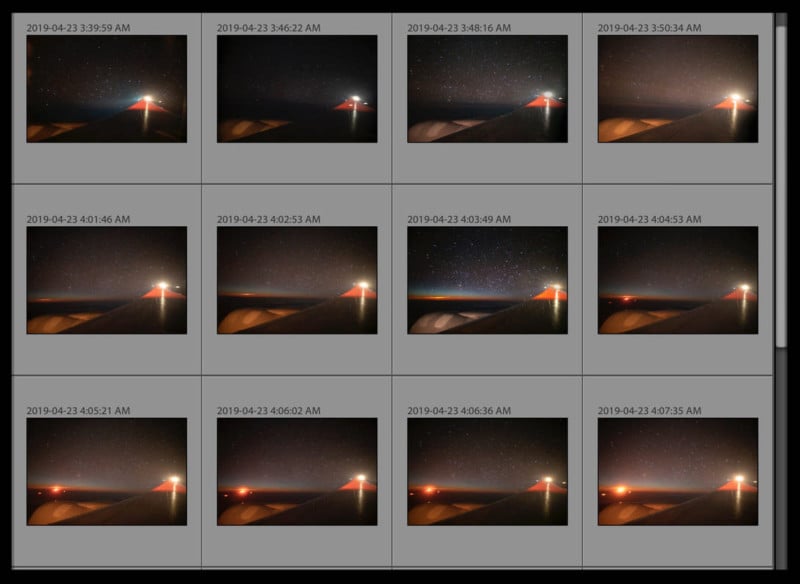 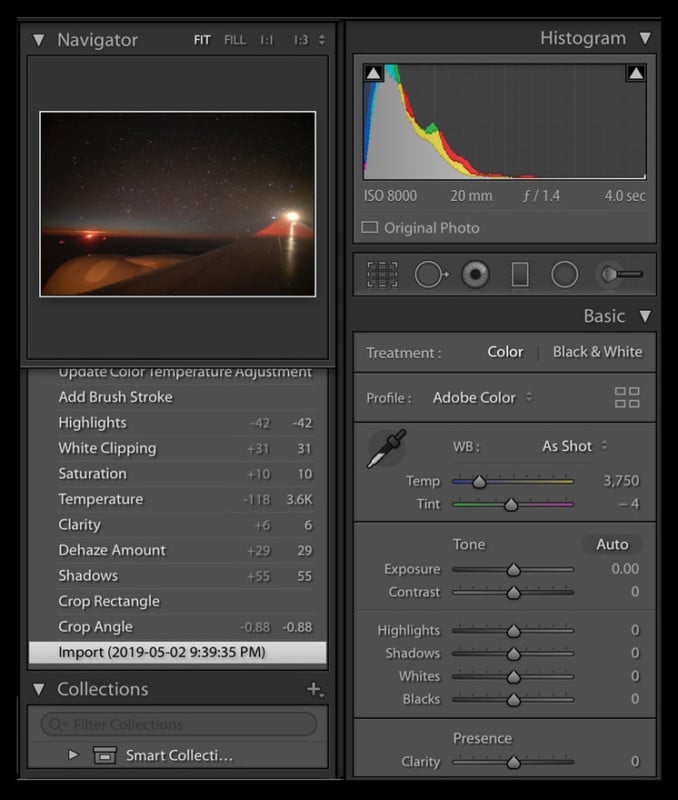 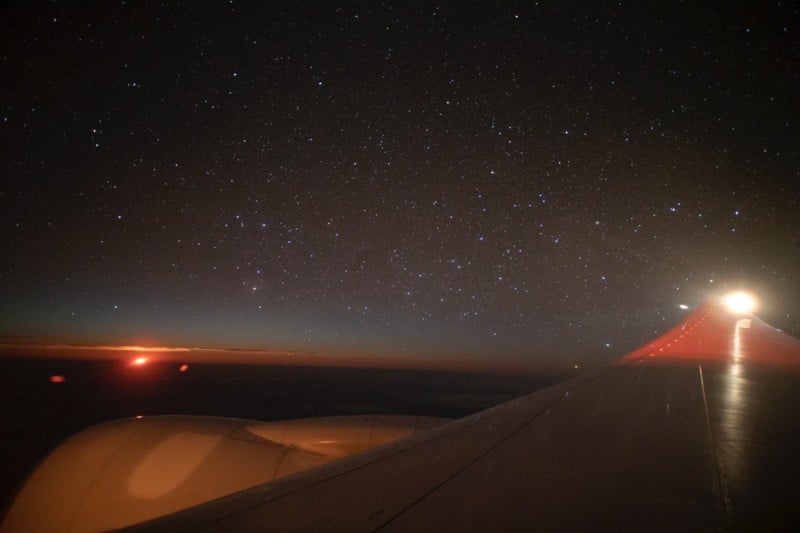 The silhouette of a window frame from a few rows ahead of me appears on the PW4000’s cowling. I realized how oblivious the passengers onboard the aircraft were to this indescribable view. Had it not been for the kind gate agent who had given me a window seat upon my request, none of this would ever exist. It was truly a highlight to my photography career as well as my appreciation towards God’s planet.

How to Hire a Professional Event Photographer