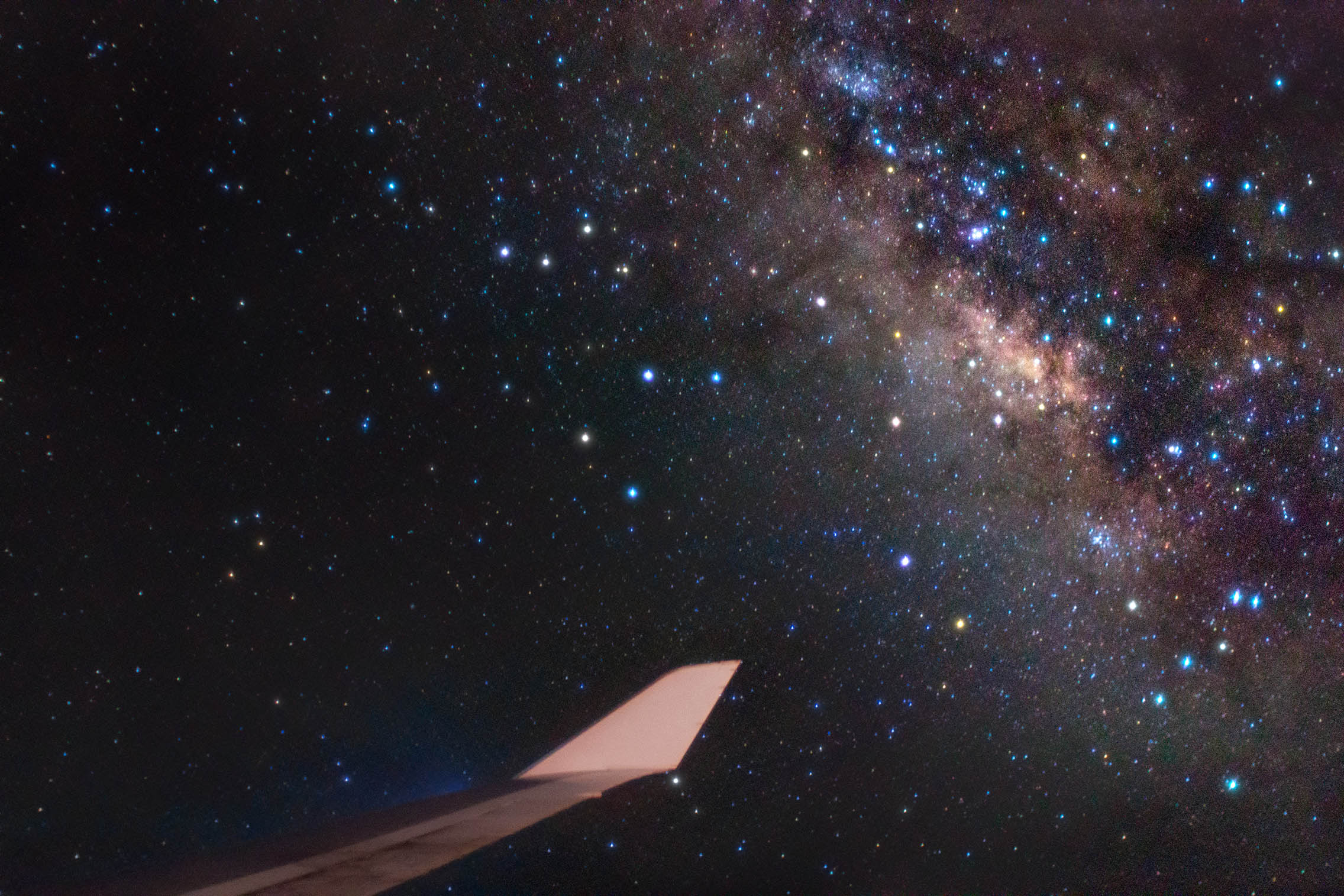 One of the standard cliché Instagram shots that gets ridiculed on occasion is the plane wing photographs, usually accompanied by some clouds or a sunrise or sunset. And while we agree that taking a photo out the window of your commercial airplane is tacky and overdone, the photo above by astrophotographer Alessandro Merga is a big fat beautiful exception.

The impressive image was captured on June 7th during a transatlantic flight from New York City to London while Merga’s flight was somewhere over the vast expanse of water we call the Atlantic ocean.

On the one hand, this seems like the most logical place to take a beautiful milky way photo: you’re about 36,000 feet in the air and there’s practically no light pollution. But the logistics of capturing this photo go way beyond that, because you’re in a tin can that is hurtling along at about 600mph… only 161mph slower than the speed of sound. So how did he capture this: 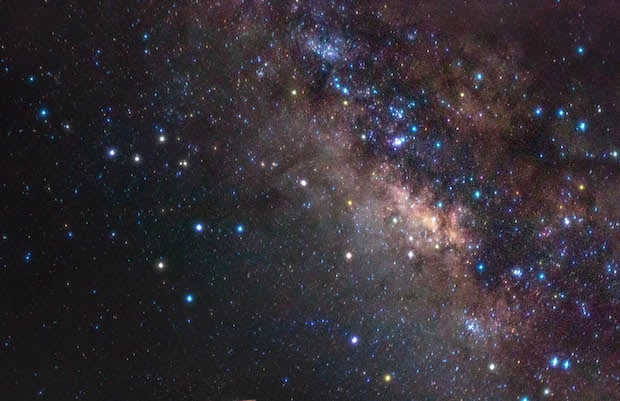 He told us how he overcame these obstacles when we caught up with him over email:

The only solution was to make an exposure as short as possible, but capturing enough light, so I used a Canon 28mm f/1.8 wide open, setting my Canon 450D (Rebel XSi) to 1600ISO (the max) and trusting that I could maybe push the luminosity in post. I took 93 exposures all the way up to 30 seconds, of which only one turned out well (a 10 sec exposure).

To obtain the highest possible stability I put the Gorillapod between the armrest and the fuselage, covering myself and the camera with a blanket to block all reflections coming from inside.

There’s no denying it’s an impressive shot given the challenging situation it was taken in. It also goes to show that even ‘cliché’ images like the airplane wing shot are worth attempting if you can pull off something truly dazzling.

Click on the image at the top to see the full-res version, and head over to Merga’s website if you’d like to see more of his work.

Image credits: Photograph by Alessandro Merga and used with permission

Diving Into the Tech Behind the Lytro Illum and Its Impressive 30-250mm f/2.0 Lens