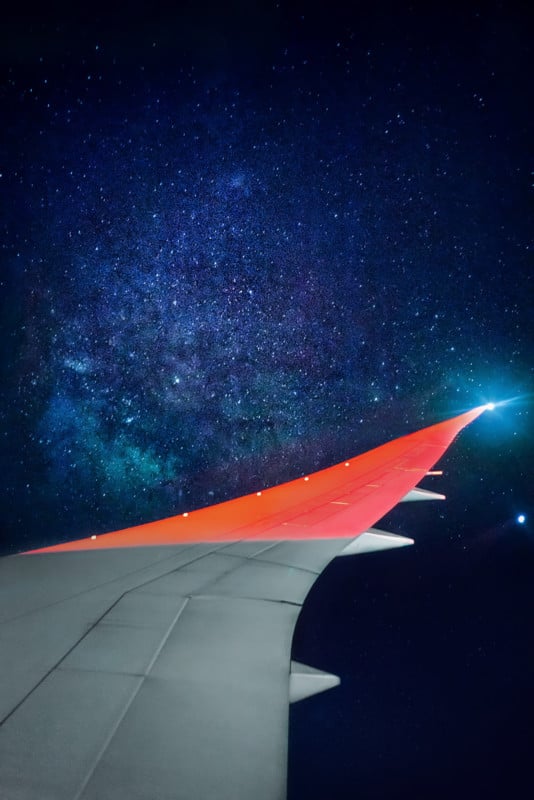 I recently captured this 8-second handheld photo of the Milky Way from my seat in a Boeing 787 Dreamliner airplane. Here’s a look at how it was done.

The photo was shot with my Canon 5D Mark IV and a 16-35 f/4L lens during a recent flight from Montreal, Canada to Frankfurt, Germany. As the crew dimmed the cabin lights, most people were sleeping or watching the entertainment system, but I gazed out my window and saw how wonderful the stars looked.

It took me over 45 minutes and several attempts to get a clear photo of the aircraft’s wingtip and the Milky Way — the task was very challenging given that there were some lights on in the cabin that would reflect in the window and onto my photos. My solution to overcoming the reflections was to use the complimentary black blanket given by the airline, putting it over my lens and pressing my camera up to the window.

Following that discovery, I opted for handheld exposures of 6 to 8 seconds each with the lens pressed hard against the window to stabilize it. Both my hands as well as my forehead were needed to stabilize the 5D Mark IV as much as possible during the long exposures.

My 3rd to last photo turned out to be the best out of the batch, and was edited through Adobe Lightroom CC, and then processed into Photoshop and Nik software. 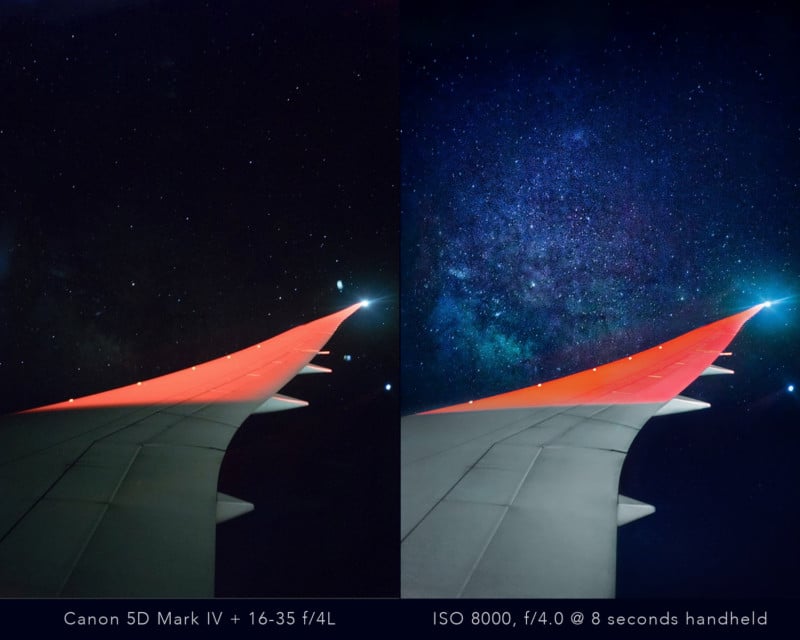 I was quite impressed with how much data the RAW file was able to capture, allowing me to create my final photo through post-processing.