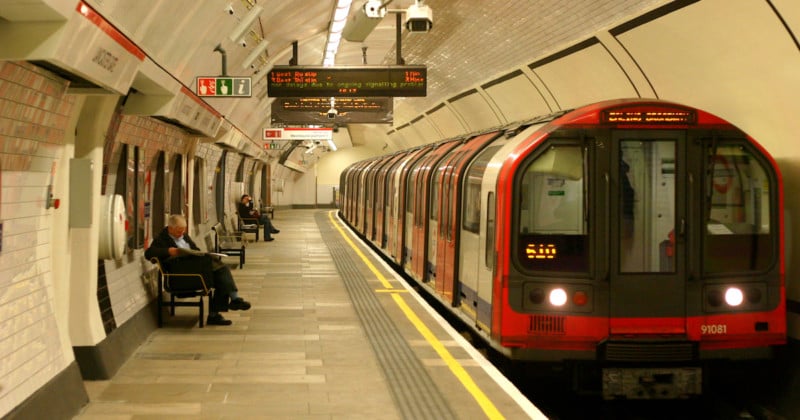 London’s new mayor Sadiq Khan was only elected last month, but he lost no time fulfilling a big campaign promise. Now that he’s in office, Kahn is officially banning all ads that “conform to an unrealistic body image” in the London transit network.

According to CNN, the ban covers some 12,000 ad spaces in the Tube, on trains and busses, and in transit stations around the city, and establishes an “advertising steering group” that will monitor proposed ads.

These ad spaces are all controlled by Transport for London (TfL), and the agency has welcomed the rules necessary. TfL commercial development director Graeme Craig said in a statement that public advertising had a responsibility to the viewers because they “cannot simply switch off or turn a page if an advertisement offends or upsets them.”

This advert pretty much sums up everything that I despise about how we treat and value women's bodies. pic.twitter.com/PBZNyn8qop

The ban has reminded many of the controversy surrounding a Protein World advertisement (seen above) that sparked outrage and a Change.org petition last year—an ad that would never make it onto Tube walls under the new policy. But for Khan, the ban isn’t about responding to this specific ad or any other, the issue is personal.

“As the father of two teenage girls, I am extremely concerned about this kind of advertising, which can demean people, particularly women, and make them ashamed of their bodies,” the mayor said in a press release, “Nobody should feel pressurised, while they travel on the Tube or bus, into unrealistic expectations surrounding their bodies and I want to send a clear message to the advertising industry about this.”

The new rules are scheduled to take effect in July.