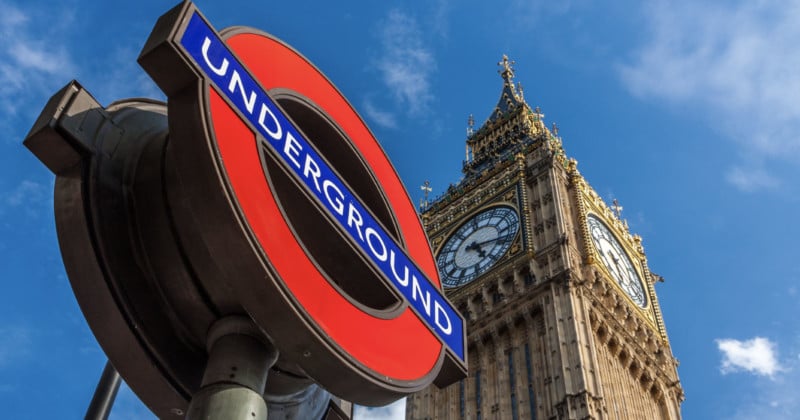 A series of lectures supported by the Transport for London (TfL), a local London government body, is set to take place this month and claims that photography is rooted in racism, colonial notions, and has been used for “power, control, and subjugation.”

The lecture series is being produced by Black Blossoms, an education group that is supported by Art on the Underground, a TfL program that puts publicly commissioned artwork into train stations, the Daily Mail reports.

According to the lecture description, the four-week lecture course, titled “Uncommon Observations: Photography, Image-making, and the Black Diaspora,” will examine the relationship between photography, Blackness, and diaspora, from the invention of photography in the 19th century to contemporary Black photography and image-making.

“Rooted in colonial notions of Blackness as otherness, photography — as a tool of surveillance and documentation — has influenced cultural meanings of Blackness, historically to the present day. In response, Black artists have used the camera to unsettle photography’s colonial legacies and to create their conceptions of Blackness, diasporic identity and culture,” Black Blossoms describes.

The lecture series will be hosted by Nydia A. Swanby, who is described as a Black feminist researcher, writer, and curator. She is an editor of the Feminist Review and co-edited an issue on Archives in July 2020. She is also the Curator of Talks and Research at the ICA, where she co-curated echoes, feelings, and meanings (2021), Five Volumes for Toni Morrison (2020), and several programmes as part of the Politics of Pleasure Collective (2018-2019).

“Nydia A. Swaby teaches the course in response to Rhea Storr’s Art on the Underground commission, Uncommon Observations: The Ground that Moves Us (2022), a series of photographs presented as captioned film strips exhibited in four London Underground stations. The first three weeks will examine Storr’s different modes of image-making used in the commission in preparation for a conversation with the artist in week four,” Black Blossoms concludes.

The course is part of an ongoing series of lectures that has been hosted by Black Blossoms and backed by the TfL since since 2020. That year, Black Blossom’s founder Bolanle Tajudeen explained to Metro that she set it up because “Black women were facing constant microaggressions in the creative industries and I wanted to create a space that centered and affirmed their talents.”