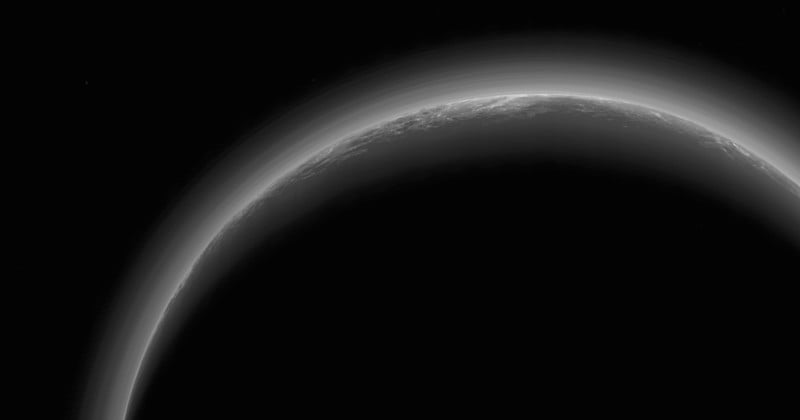 We’ve seen a bunch of different photos and photo mosaics of Pluto, culminating most recently with the most detailed photo of the dwarf planet’s surface that NASA says we’ll see “for a very long time.” But this image of Pluto’s “dark side” (not an actual dark side like the moon has, just the “dark side” that New Hozizons saw) offers a very different view. 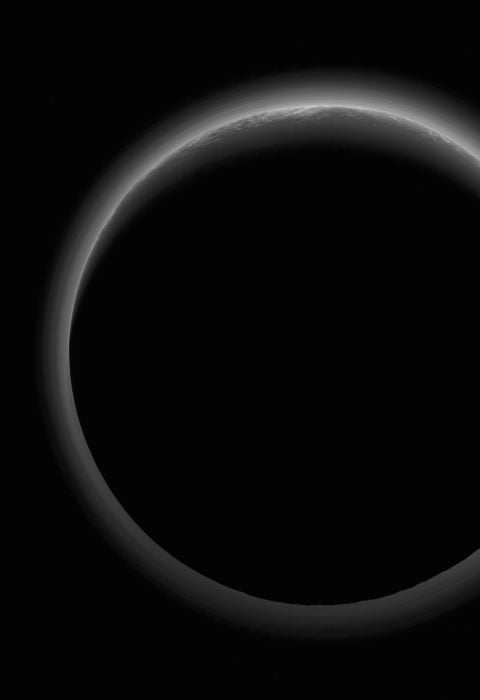 Captured by the New Horizons spacecraft using its Ralph/Multispectral Visual Imaging Camera (MVIC), the photo was shot about 19 minutes after New Horizons’ closest approach to the dwarf planet. Pluto is seen in silhouette, with the sunlight “illuminat[ing] Pluto’s complex atmospheric haze layers” while simultaneously casting a crescent of light across the planet’s nitrogen ice plains and a mountain range informally named the Norgay Montes.

You can find out more about the image and see higher resolution versions—the full-res shot has a resolution of 1,400 feet per pixel—on NASA’s website here.