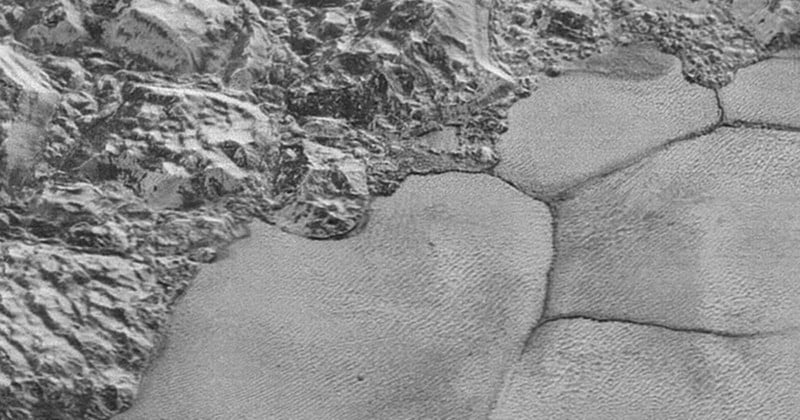 10 months after its historic Pluto fly-by, the New Horizons spacecraft has finally finished sending back “the most detailed photos of Pluto’s terrain you’ll see for a very long time,” according to NASA.

The strip mosaic is made up of close-up, black-and-white shots of the dwarf planet’s surface that covers the whole hemisphere New Horizons saw as it flew by in July—from a rugged mountain range through a stretch of bright, nitrogen ice plains. The final mosaic includes all of the highest-resolution images taken by New Horizons.

You can see the full image here, or click play on the video below to get a tour of the whole thing from top to bottom:

The final mosaic boasts a resolution of about 260 feet per pixel, with each image captured by the spacecraft’s Long Range Reconnaissance Imager (LORRI) camera from a distance of about 9,850 miles (15,850 kilometers) from Pluto.

To learn more about this image and what it took to capture it, click here.

Confessions of a Newbie: Business Advice I Wish I’d Known