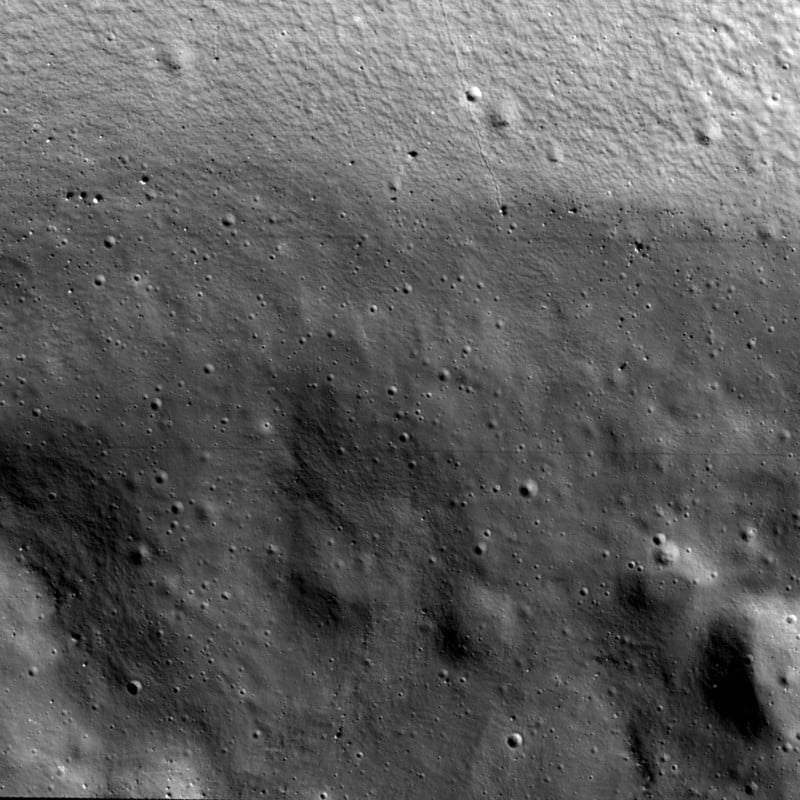 The NASA-built ShadowCam has beamed back its first image. The amazing photo is of the far side of the Moon and shows off the camera’s hypersensitivity to light.

The first photo shows the permanently shadowed wall and floor of the Shackleton crater in never before seen detail. To understand just how good ShadowCam is, below is the region of the Shackleton Crater imaged by NASA’s Lunar Reconnaissance Orbiter in 2009, as in the left-hand side of the image which is in total darkness.

While these images may show what are fairly standard photos of the Moon’s surface, they are actually remarkable because the photos have been taken in complete darkness.

The ShadowCam has been designed to take high-resolution images of the Moon’s permanently shadowed regions (PSRs) in the hope that the instrument will provide critical information about the distribution and accessibility of water ice.

The Moon’s PSRs never see direct sunlight, so the ShadowCam was designed to be over 2,000 times more sensitive than previous imagers.

According to the imaging team, the camera’s ability to capture clear images at high sensitivity is the equivalent of increasing from ISO 100 to greater than 12,800 without increasing noise.

The result gives scientists and the general public their first-ever view of the dark side of the moon. The top quarter of the images shows the permanently shadowed wall of the Shackleton Crater with the other three quarters showing the crater floor.

A narrow line runs down the wall which the ShadowCam scientists say is a path carved by a boulder. While the faint horizontal lines are camera artifacts.