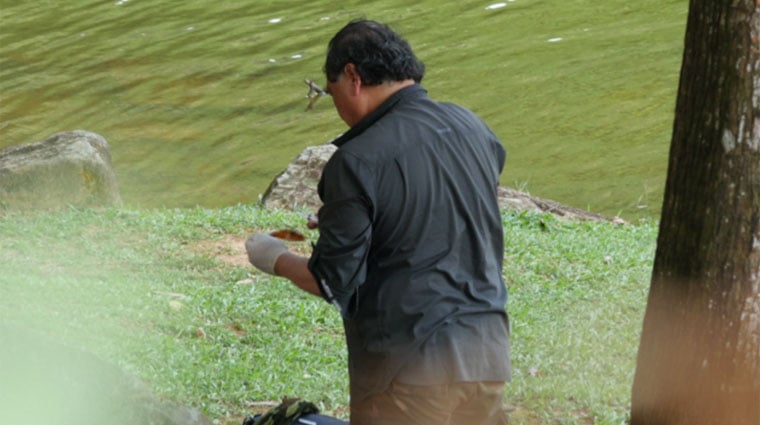 A wildlife photographer in Singapore was slapped with charges this week for baiting endangered eagles with air-injected live fish in order to capture action shots.


The Straits Times reports that 62-year-old Lee Soon Tai, who makes a living as an orthopaedic surgeon, has also been charged with littering for throwing dying fish into the pond at Bukit Batok Town Park.

His bird baiting was apparently caught on camera last year by Singaporean nature photographer Charlie Gordon, who was nearby. We shared Gordon’s video in October 2015 after it went viral in photography circles:

Although the court charges don’t mention it, Lee allegedly filled fish with both air and Styrofoam before throwing them into the water. After one incident on July 19th, 2015, Lee and two other photographers allegedly baited again on August 16th, 2015, the day they were spotted by Gordon.

If Lee is found guilty of violating the laws against feeding animals and littering, he could be fined up to $5,000 Singapore dollars, or about $3,700 US dollars, for each offense. The case is set to proceed in mid-July.