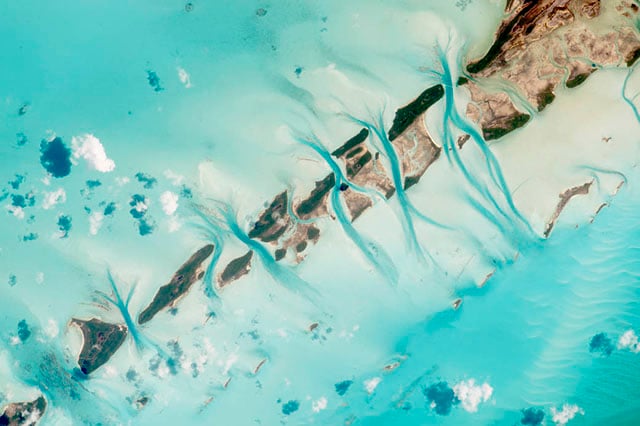 Every day, NASA releases a photograph from their collection that allows us to admire the great blue and green planet we call Earth. Recently, the agency released a picture of a group of small island cays in the Bahamas. The most interesting aspect of the photo is not the location, but a little bit of detail that reveals itself when you closely examine the photo. 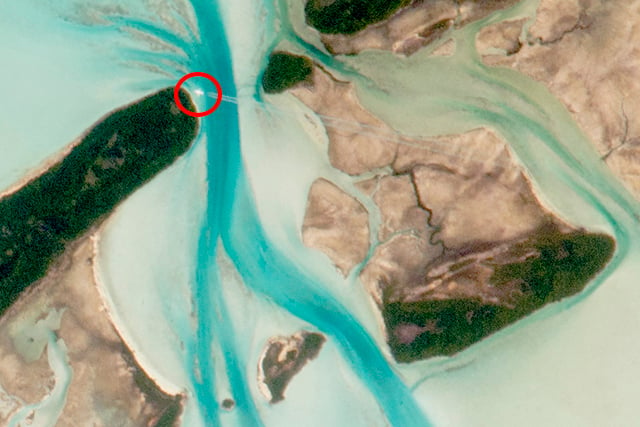 Zoom in on the image and you will find a single aircraft and its two condensation trails as it moves through our atmosphere. The photograph was made possible with a Nikon D4 camera and an 1150mm lens. Due to the weightless space environment, astronauts can take steady shots without the need of a tripod for stabilization. 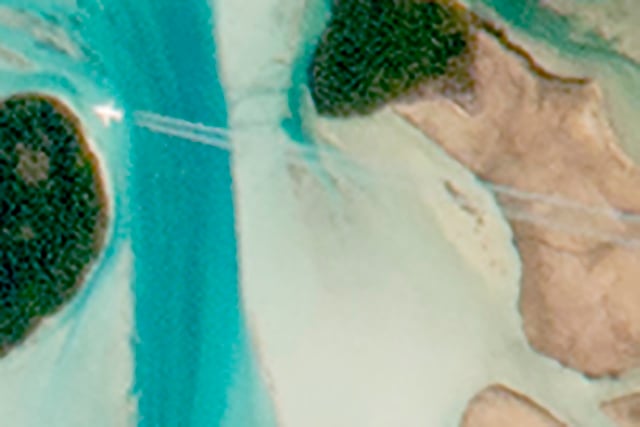 The photograph was taken by a member of the Expedition 44 Crew that was aboard the International Space Station on July 19th, 2015. NASA notes they have cropped the image and enhanced it to improve contrast. The only thought on our mind, though, is how much clearer the image might have been if NASA used Canon’s latest 50MP DSLRs instead of a 16.2 megapixel one.

(via NASA via CNET)

Portraits of Celebrities in the Iconic Styles of Famous Photographers

This SmugMug Glitch May Be Quietly Damaging Your Photo Business