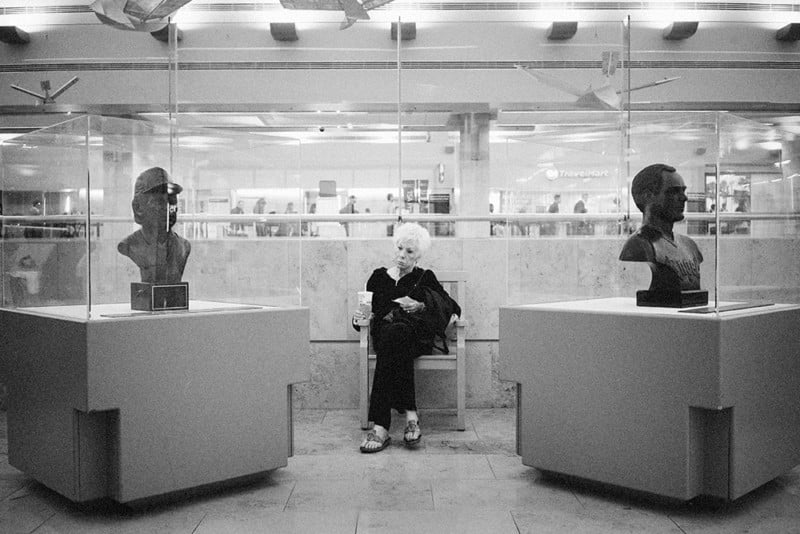 I was at John Wayne Airport on Friday morning before the sun rose, heading to a training event in Colorado. Whenever I travel by air and I’m waiting in the airport, my mind takes me back to an article that ran in a photography magazine in the early 1980s when I was a young photographer, still in school, and hoping to make a place for myself in this industry.

The article was about a professional photographer named Burk Uzzle. He is a photographer from North Carolina who was a member of the prestigious Magnum Photo Agency at the time and also did a lot of commercial and corporate work. He photographed Woodstock in 1969, started work at a newspaper at age 17 and was the youngest photographer hired by Life Magazine.

This particuar photo magazine that profiled Uzzle was one of those magazines that I wish that I still had but unfortunately I don’t (I’ve been trying to track down the exact date with no luck yet). You can find some of Burk Uzzle’s work on the NY Times Lens Blog regarding a retrospective show of his work. While these aren’t the photographs that were in the article you’ll get a sense of his unique view and very intimate and graphic style (in b & w).

The profile featured photographs that he made from the airport with a camera that he always carried with him, ready to go and loaded with black and white film. (During this period in his career he was doing annual report photography all with Leica cameras to travel light and lean as he traveled the globe doing the travel. Two Leica cameras were his color cameras and one Leica with black and white for his personal work).

The photographs were haunting in their composition and they were wide angle so they showed people within the landscape. Some close, some wide. The light was often early light or end of the day light captured in those off moments that happened when he was traveling from assignment to assignment.

The beauty of those Leica cameras is that they are so small and lightweight (not intimidating) as well as very quiet.

Since I’m now shooting with Sony digital cameras, I’ve tried to replicate that small form factor and low key photographer demeanor by using my cameras in a similar type of “rangefinder” way. On this day my easy access travel camera was a Sony a7S II and a tiny 35mm f2.8 FE Zeiss lens. Very small and jewel like, it doesn’t look particularly intimidating.

And yet, despite this stealthy little camera in my possession, when I saw a scene that struck me as interesting and a scene that I simply had to photograph, I hesitated taking the photograph! 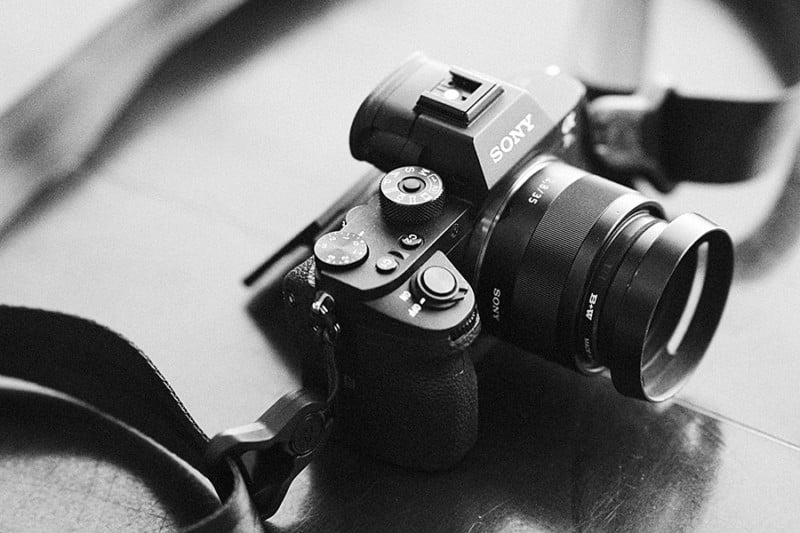 The scene happened when I was in line to board and I casually glanced to my right and saw an older woman with a soft drink, seated on a bench. Her body language said “tired” which I totally understood (after all it was around 6:15 AM and we were waiting to board a plane).

So I noticed her body language, but what made it more interesting, and maybe a bit haunting was the fact that she was flanked by the sculpture busts of two great and former Angels baseball players from the late 60s and 70s—Jim Fregosi and Nolan Rolan. They were housed in a display case where they appeared to float and the cases were angled, sending a diagonal line toward the camera.

This was a photograph that instantly brought me back to that article and also brought me back to why I love photography so much. It’s that element of surprise—even for a photographer, who’s really expecting to see something at this godforsaken hour of the morning on a Friday at an airport? But it’s also a reward for being ready, even in a kind of casual, ready-for-a-photo way.

And still, I have to admit I turned and saw it and then I held off taking the photograph!

Would this woman see me? Would she mind? Would other passengers see me? Would they mind? Would anyone say anything? Can you do this kind of photography in a post 911 world? Those ideas flashed through my mind in an instant and kept me frozen, not making a photograph.

I turned and looked again and the feeling gnawed at me.

So despite the hesitation (even after doing this for decades, that resistance still wells up) I got the camera out and prepared to make a photograph.

In this case I would go into the quiet camera mode. Silent shooting on the a7SII and then I flipped the view screen down so I could see through the lens without bringing the camera to my eye. I framed, focused (using my thumb on the back button) and made several exposures. I checked the images by looking through the EVF. There was one in there that I really liked.

Another thing that I observed while working this way was that I wasn’t noticed. Well, not at least in a way that calls attention to itself.

In a way it was as I was invisible. I have found that holding the camera away from my eye and stretching it out a bit, makes it seem less intimidating. Old school medium format cameras are similar when they have a waist level finder so you are looking down to focus. Simply keeping the camera AWAY from my eye made it seem like I was an amateur or not even making a photograph.

And, the quite mode on the Sony meant that camera shutter is not even heard. Even quieter than a Leica when in this mode!

What about you? Have you ever hesitated in taking a photograph? What held you back? Did you overcome any fears? Share your story in the comments.

About the author: Paul Gero is a husband, dad, photographer, author, educator, and member of the Sony Artisans of Imagery program. You can find more of his work and words on his website or by following him on Twitter. This post was also published here.

GoPro Records Its Own Gruesome Demise On the Hydraulic Press